It is with great sadness that HALI has learned that the Far East’s most important and enthusiastic collector of antique tribal and village rugs, Ben Fernandes, died in Singapore on 25 January 2016 at the age of 82, following a long illness. Ben’s Mountain Looms private exhibition gallery became a must-visit location for rug-aware visitors to Singapore during the first decade of this century, and was the setting for memorable displays of Turkmen and Caucasian rugs and Asian textiles, presented with the primary intent of fostering local appreciation of the field. Unfortunately his illness forced him to step back from active participation, and over the past several years many of his best rugs have been offered and sold through Christie’s in London, as the property of an ‘Asian Collector’, often at prices well below those he had paid for them from some of the world’s leading dealers or at auction. But for Ben, it was never about the money. A good friend to the rug world who gave back much more than he took, he will be greatly missed. 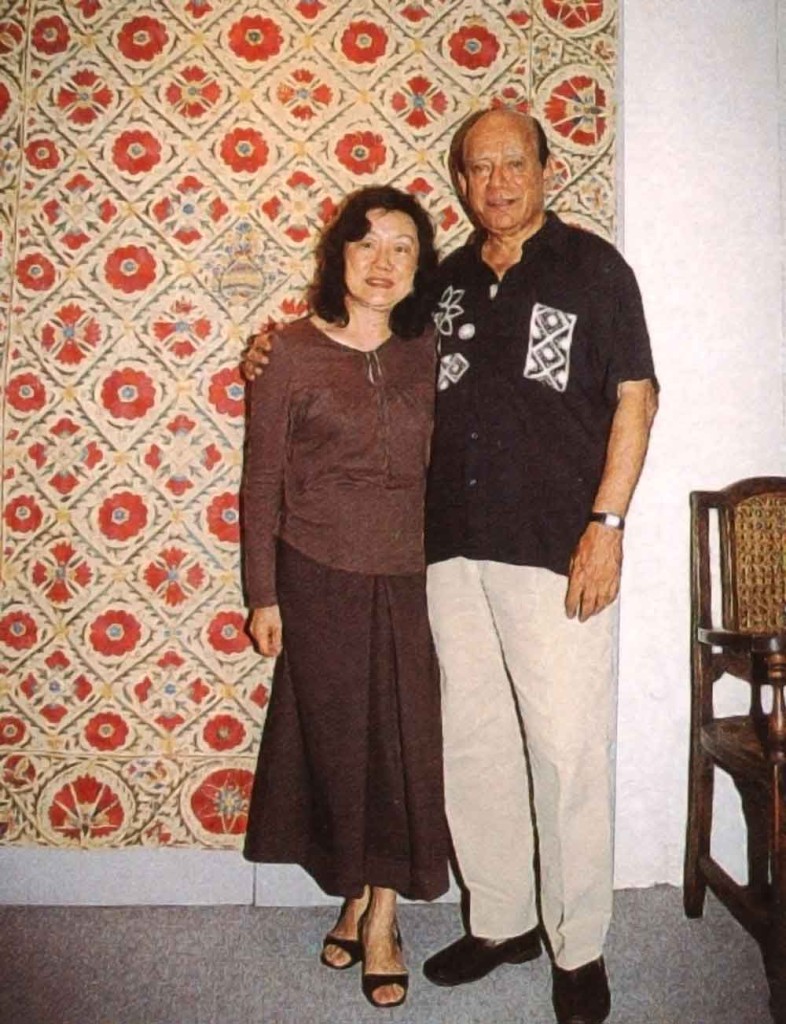 The late Ben Fernandes with his wife at the opening of one of his exhibitions, Singapore 2003