This autumn, in addition to the full range of antique Islamic and Indian works of Art, including textiles, Bonhams’ major Bond Street sale on Tuesday 8th October also offers a small number (20 lots only) of oriental carpets for the first time.

The most interesting of the carpets is a well-worn early 18th century Caucasian blossom and palmette carpet, lot 182, estimated at £30-40,000. The rest of the consignment consists of 19th and 20th century furnishing pieces from Persia and India. 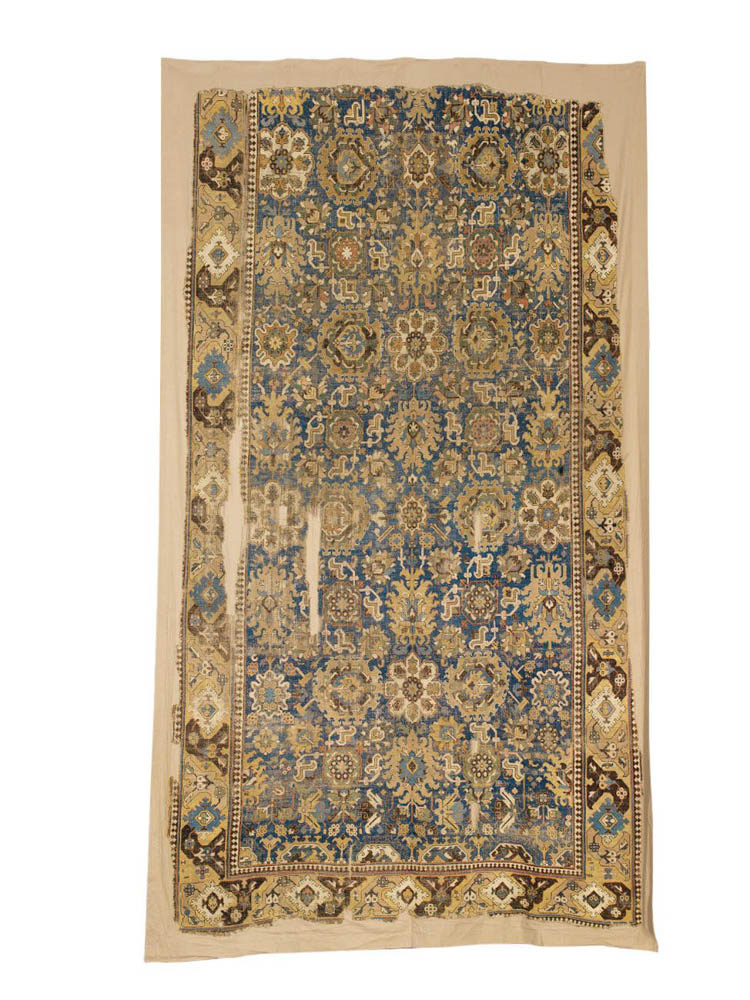 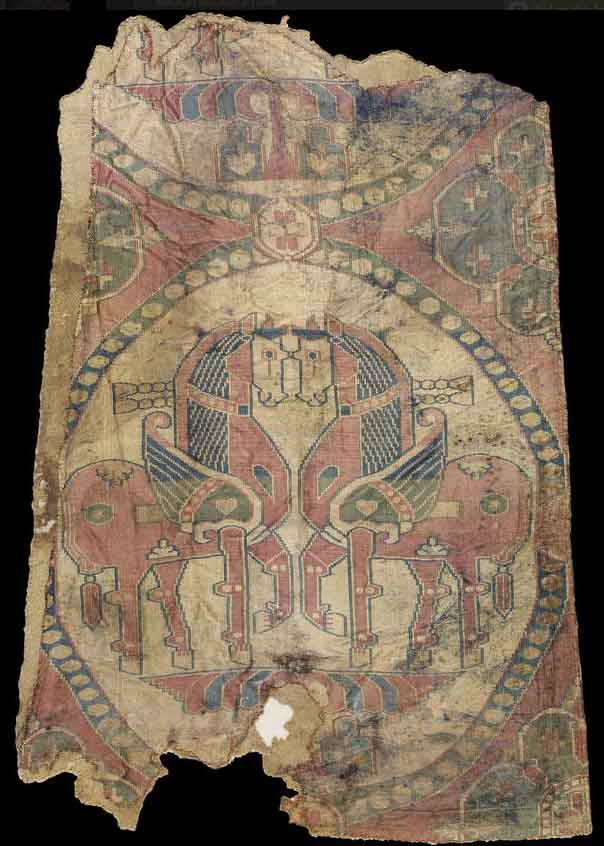 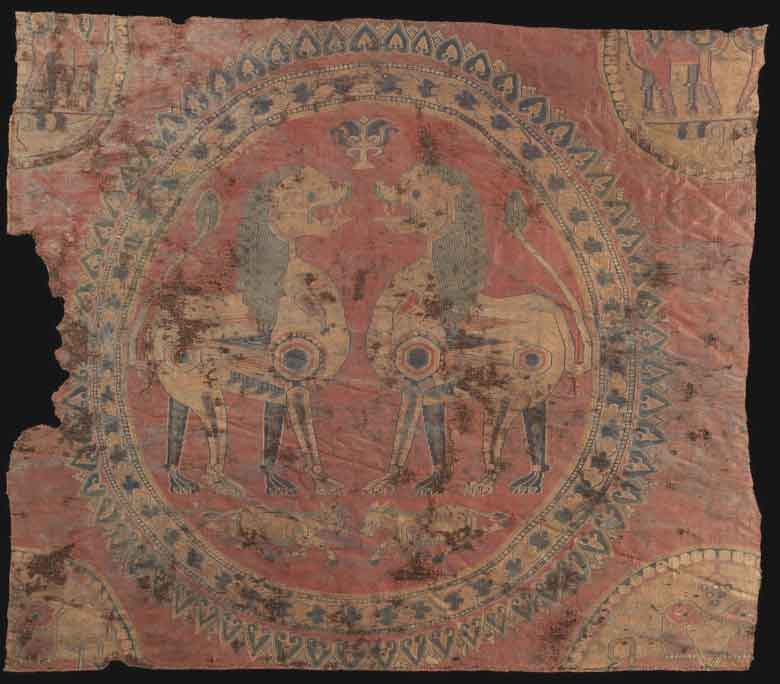 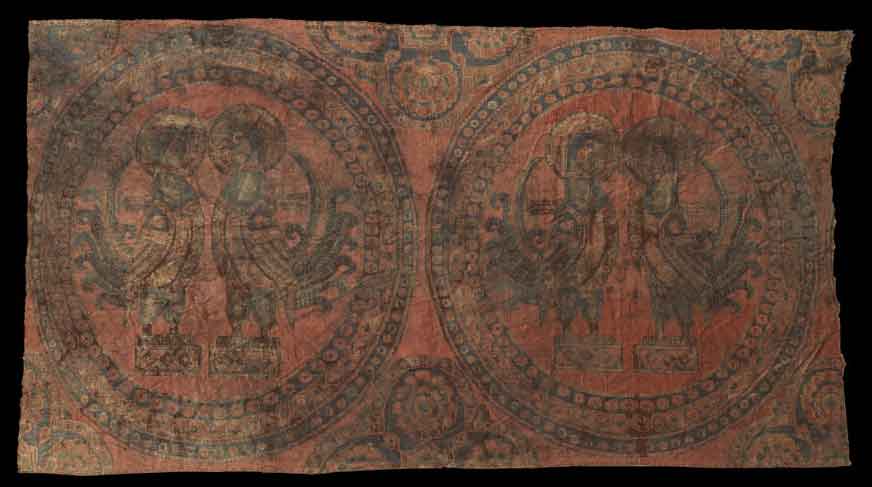 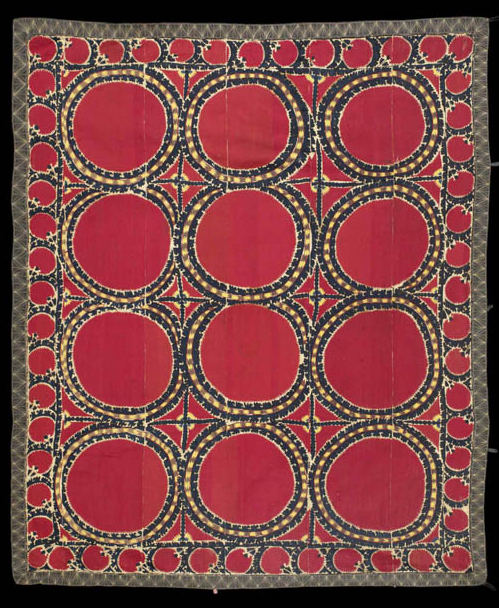 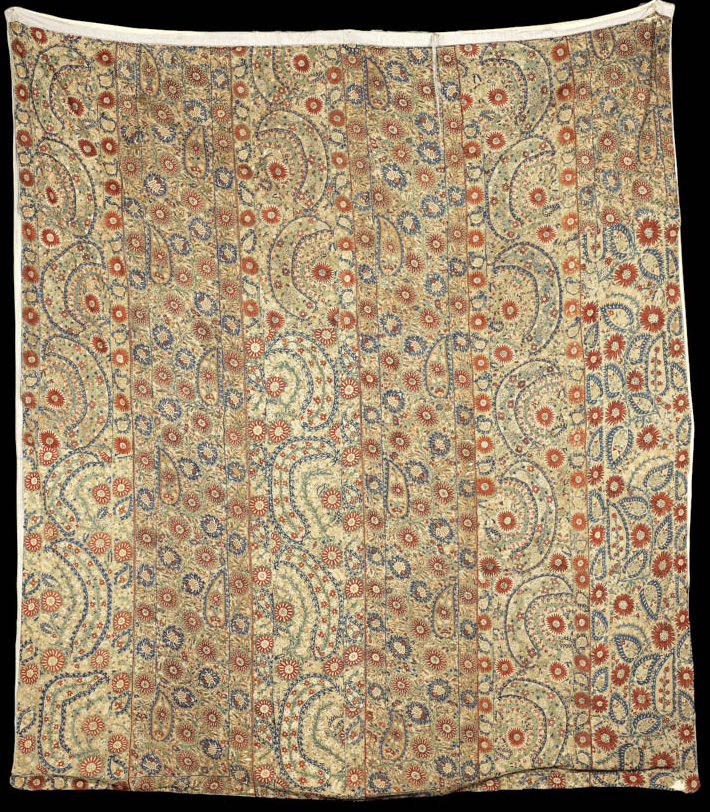 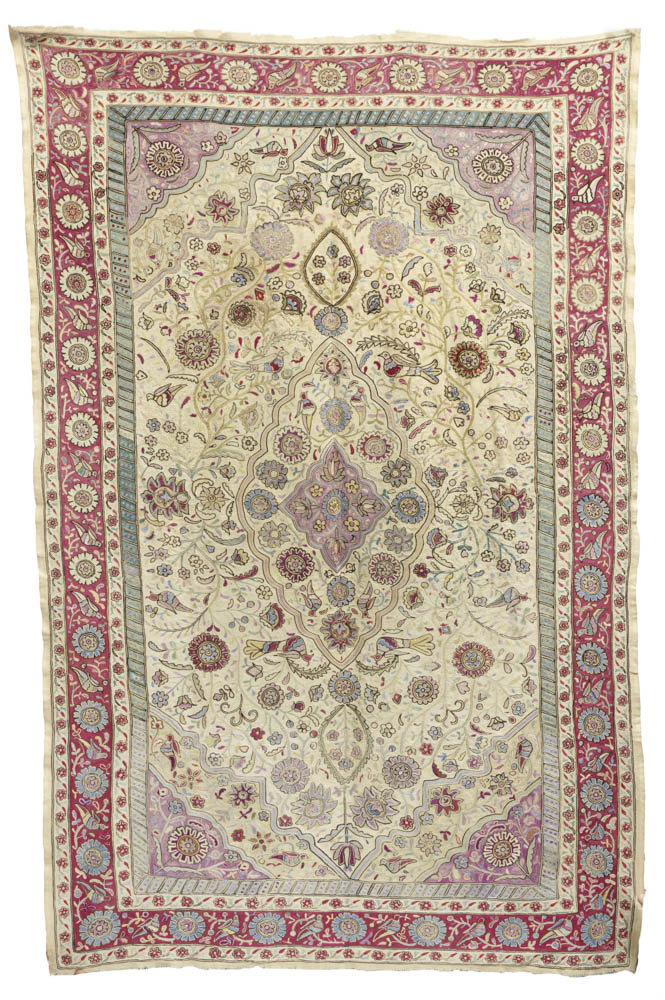 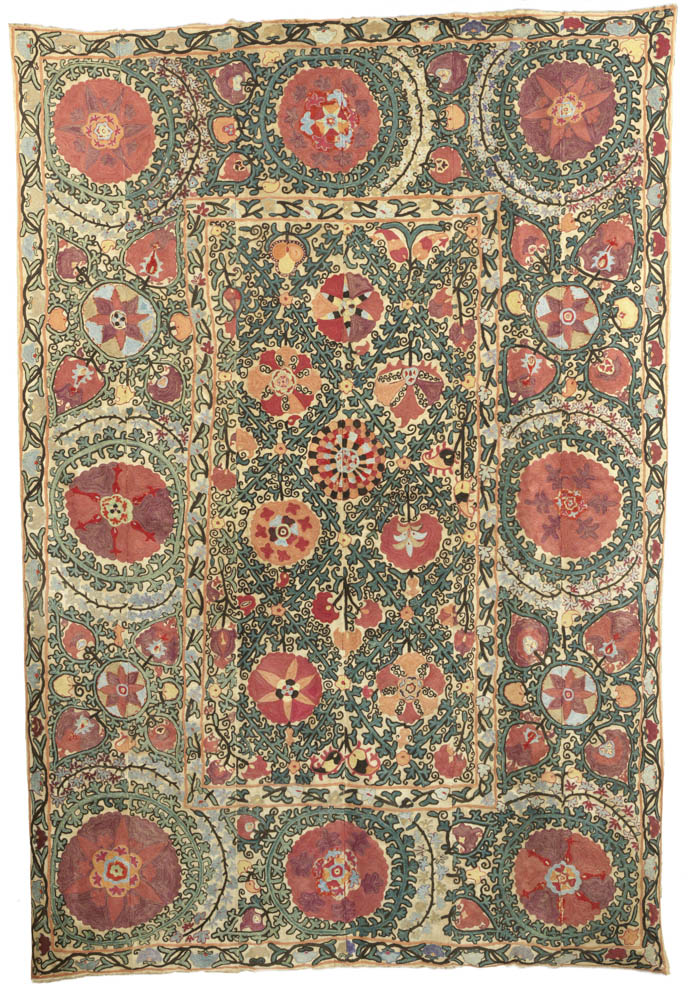 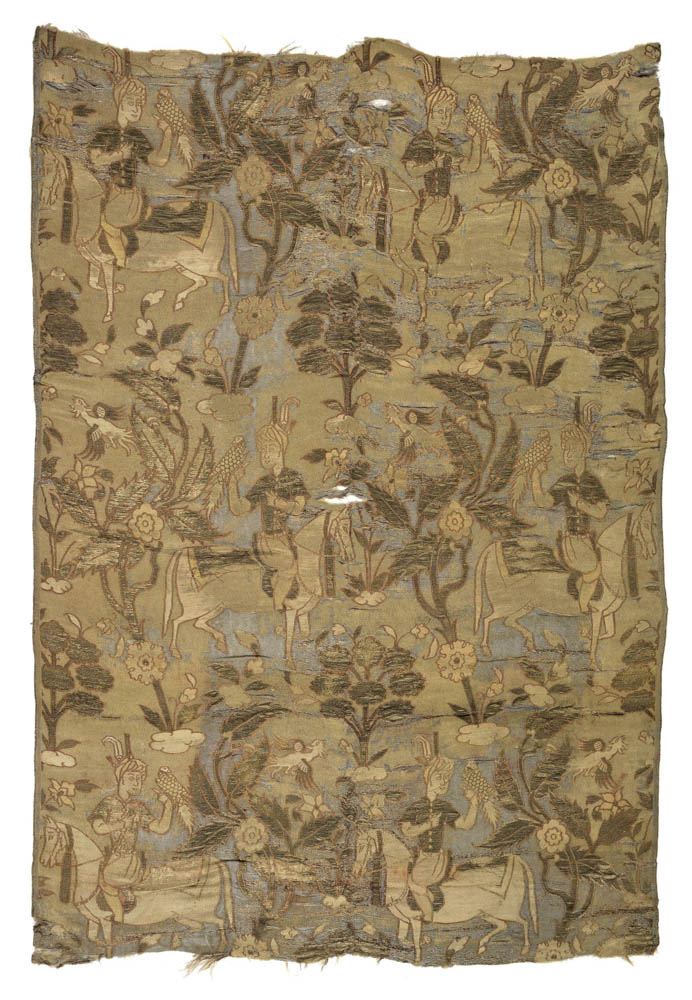 Lot 217. Silk and metal-thread woven Panel, Northern India, late 19th Century.
Woven in polychrome silks on a gold colour ground with horizontal bands depicting a maiden holding a flower within an arch, and above and below a band with paired birds on floral sprays, the outer borders with trellis containing birds and elephants, framed. 43.6 x 111.5 cm.Estimate: £3,000 – 5,000