Burrell at Kelvingrove: Tapestries, until 30 November 2017

The magnificent collection of some 200 European, mainly medieval, tapestries acquired by Glasgow shipping magnate Sir William Burrell (1861–1958) is one of the largest and most important tapestry collections in the world. Photographs of Burrell and his wife Constance’s Scottish homes show their early purchases hung or mounted on the walls. Although attempts to catalogue the Burrell tapestries have been made in the past, most have never been published and are therefore little known. 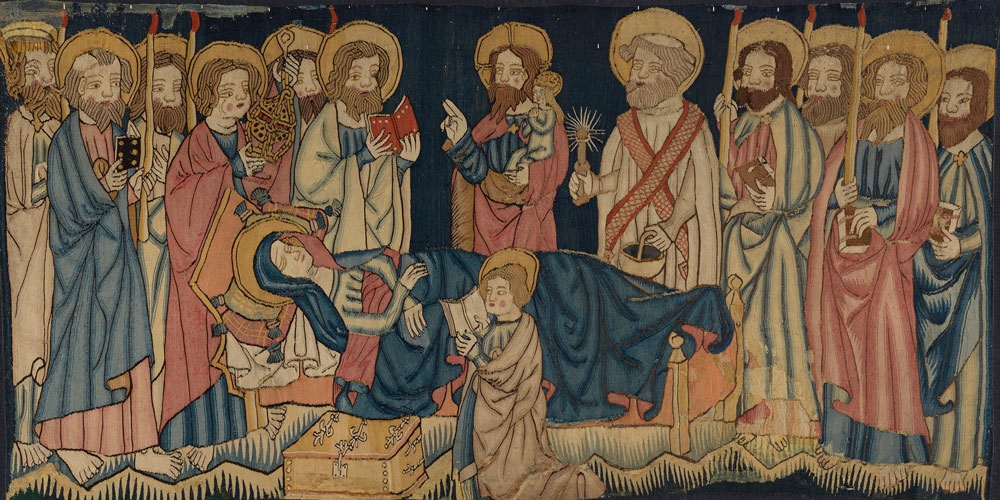 Death of the Virgin, probably Middle Rhineland Germany, circa 1450

Cataloguing of the tapestries first began when the eminent tapestry scholar Dr Betty Kurth conducted research in the 1940s, but it was not until 2008 with funding from the Esmée Fairbairn Foundation and Sir William Burrell Trustees that work on the tapestries could recommence in earnest. Dr Elizabeth Cleland (Associate Curator, The Metropolitan Museum of Art, New York) and Dr Lorraine Karafel (Assistant Professor, Parsons School of Design, New York) were engaged to carry out the research, while Glasgow Museums’ staff undertook the process of carefully unrolling, photographing and assessing the condition of all 200 tapestries. Elizabeth Hancock, Glasgow University, also contributed to the research of the provenance and exhibition histories of each of Sir William Burrell’s tapestries. The resulting 724-page catalogue Tapestries from the Burrell Collection, published in August 2017, is a richly illustrated benchmark for future research and interpretation of tapestries of the period.

James Robinson, Director of Burrell Renaissance, says: ‘Although the importance of Burrell’s tapestries has long been recognised, there has never been a definitive catalogue of the collection. Tapestries from the Burrell Collection is the first time each of the works has been recorded in detail, ensuring that the legacy of this phenomenal tapestry collection reaches a worldwide audience.’ 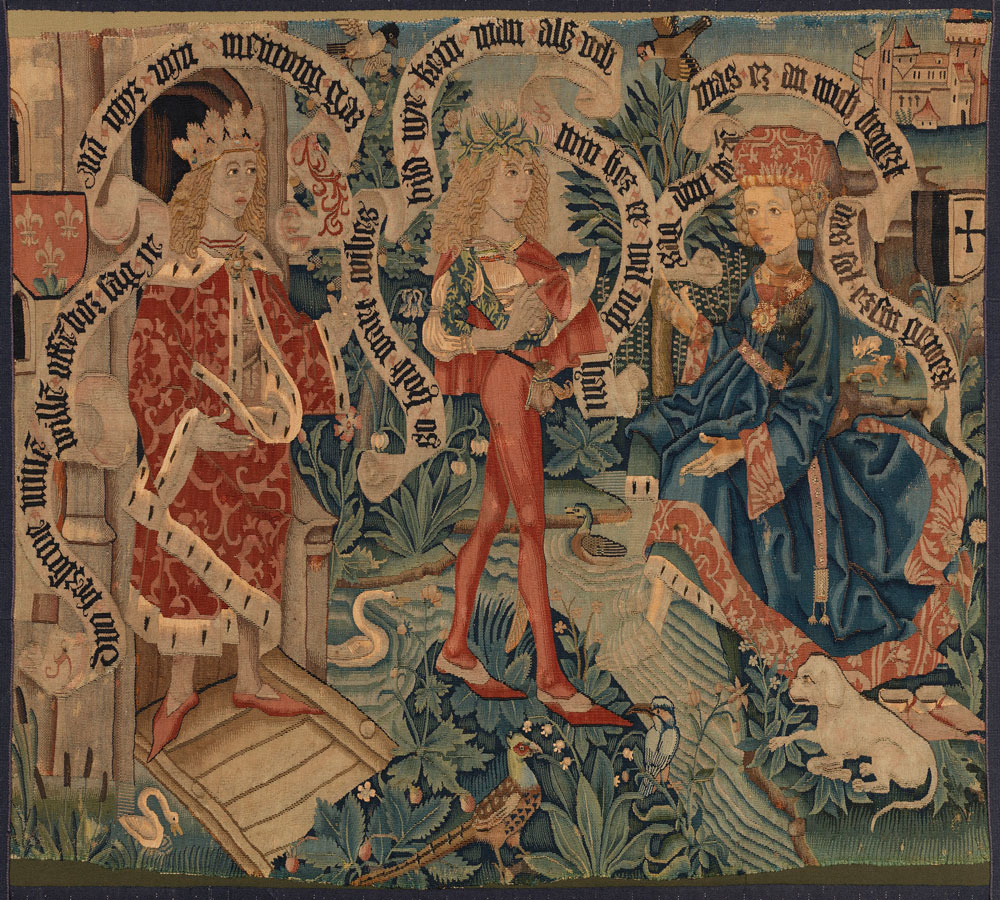 David and Bathsheba, Alsace, circa 1480

Nine examples of the featured works are currently on show in ‘Burrell at Kelvingrove: Tapestries’ open at Kelvingrove Art Gallery & Museum until 30 November 2017. This is one of a series of exhibitions which see elements of the collection on show at another Glasgow venue, while the Burrell Collection building undergoes a four-year refurbishment, having closed in October 2016. It provides a rare opportunity to see medieval and Renaissance works circa 1350–1725, including two which have not been on public display since 1901. 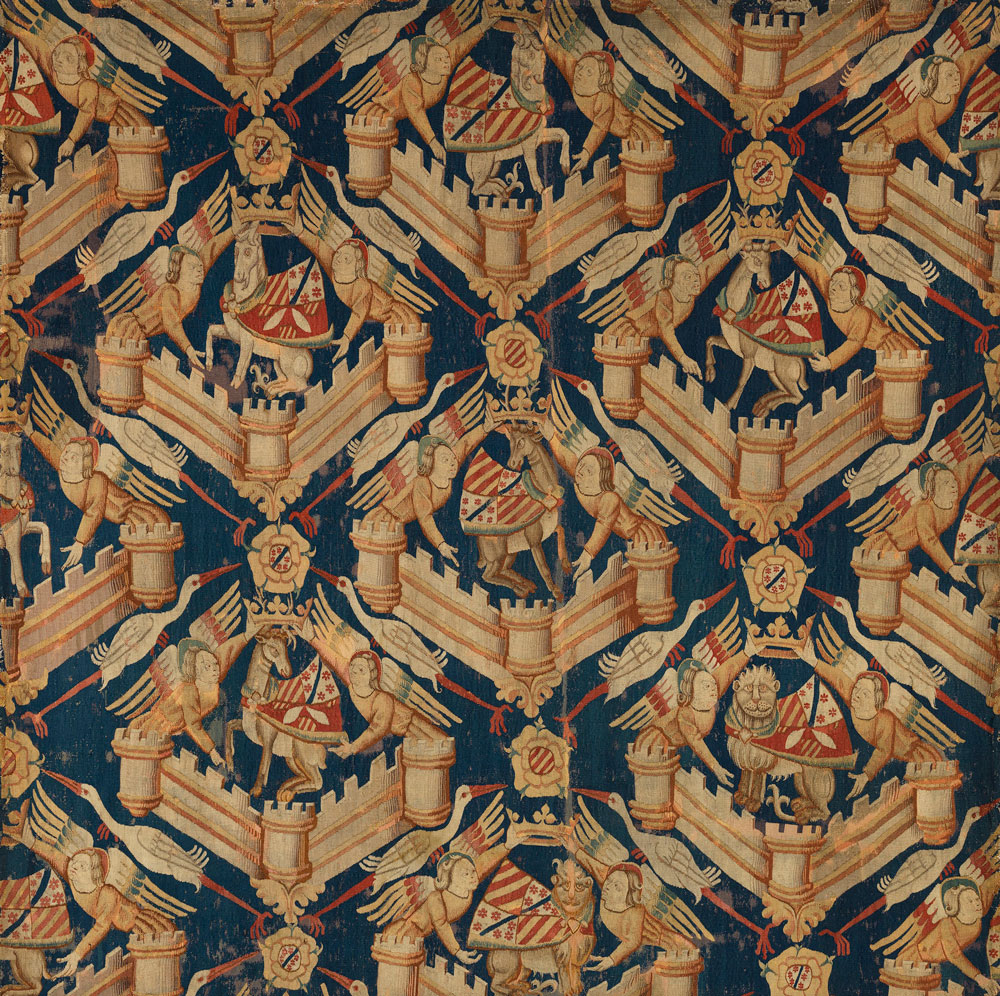 Armorial tapestry of Beaufort, Turenne and Comminges, possibly Paris or Arras, France, circa 1350-1395

A major cultural asset for the city of Glasgow and the nation, the Burrell Collection numbers almost 9,000 items. It has a rich and varied scope, ranging from ancient prehistoric artefacts to groundbreaking works by impressionists such as Manet and Degas via Chinese ceramics, bronzes and jades and Islamic pile carpets. Reflecting the collectors’ lifelong passion for art and history, the works were donated to the city of Glasgow in 1944. Following the building refurbishments and redisplay, a much greater proportion of the collection will be visible than the 20 percent on show previously, and the stores will be accessible to the public for the first time.