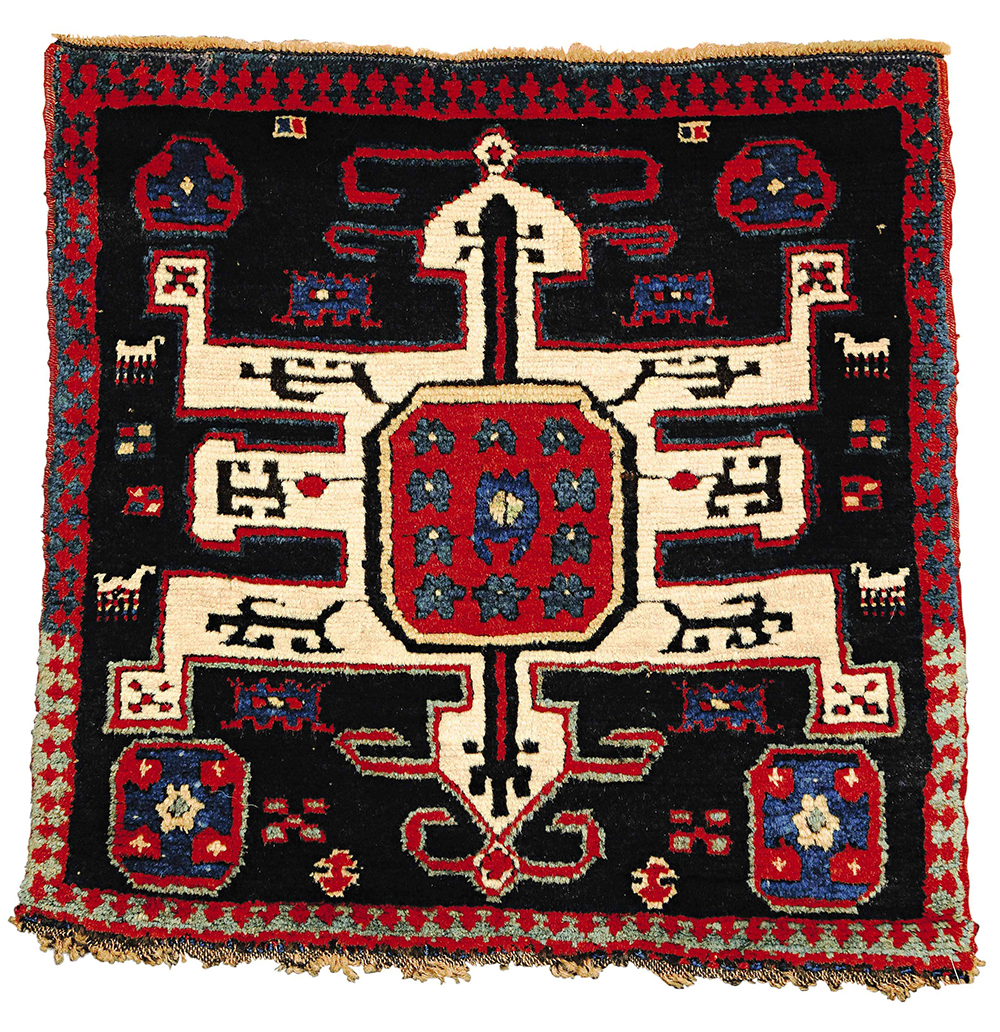 Sotheby’s New York’s high-end auction of ‘Carpets and Textiles from Distinguished Collections’ on 1 October yielded a total of $2,236,000, below best expectations, with 114 of 194 lots (just under 60%) sold, a reflection of uncertain commercial conditions. Nine of the top ten lots went to American private or trade buyers.

The star attraction, lot 68, the King Umberto Esfahan ‘Polonaise’ rug from a ‘renowned’ private collection, went to an American private buyer for $790,000, just beneath its low estimate. Given inflation that is no great improvement over the then record for an oriental carpet at auction ($245,650), made 31 years ago at Sotheby’s in London in October 1984, long surpassed by others. 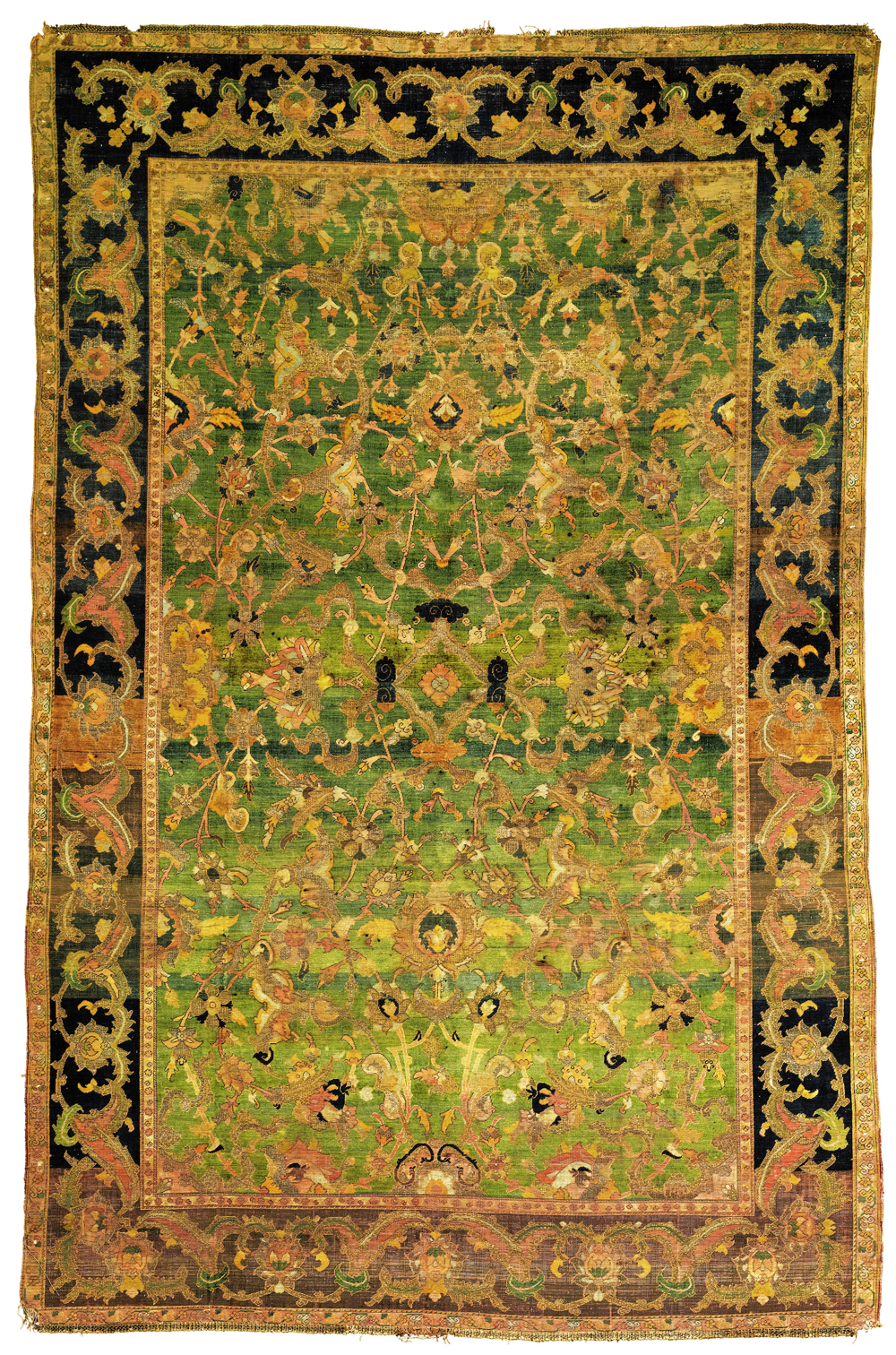 The winners among the ‘distinguished’ consignors were probably Connecticut classical carpet collectors Tom and Gwen Farnham. Their select small consignment – a 16th-century Safavid fragment with inscriptions, once exhibited by Arthur Upham Pope (lot 66, $75,000), a 17th-century Transylvanian prayer rug (lot 50, $50,000), and an Ottoman ‘coupled-column prayer rug (lot 51, $30,000) – all sold at or above estimate, albeit that the last, when it sold at Sotheby’s in London in March 1990, made £46,200, effectively more than double its present price. 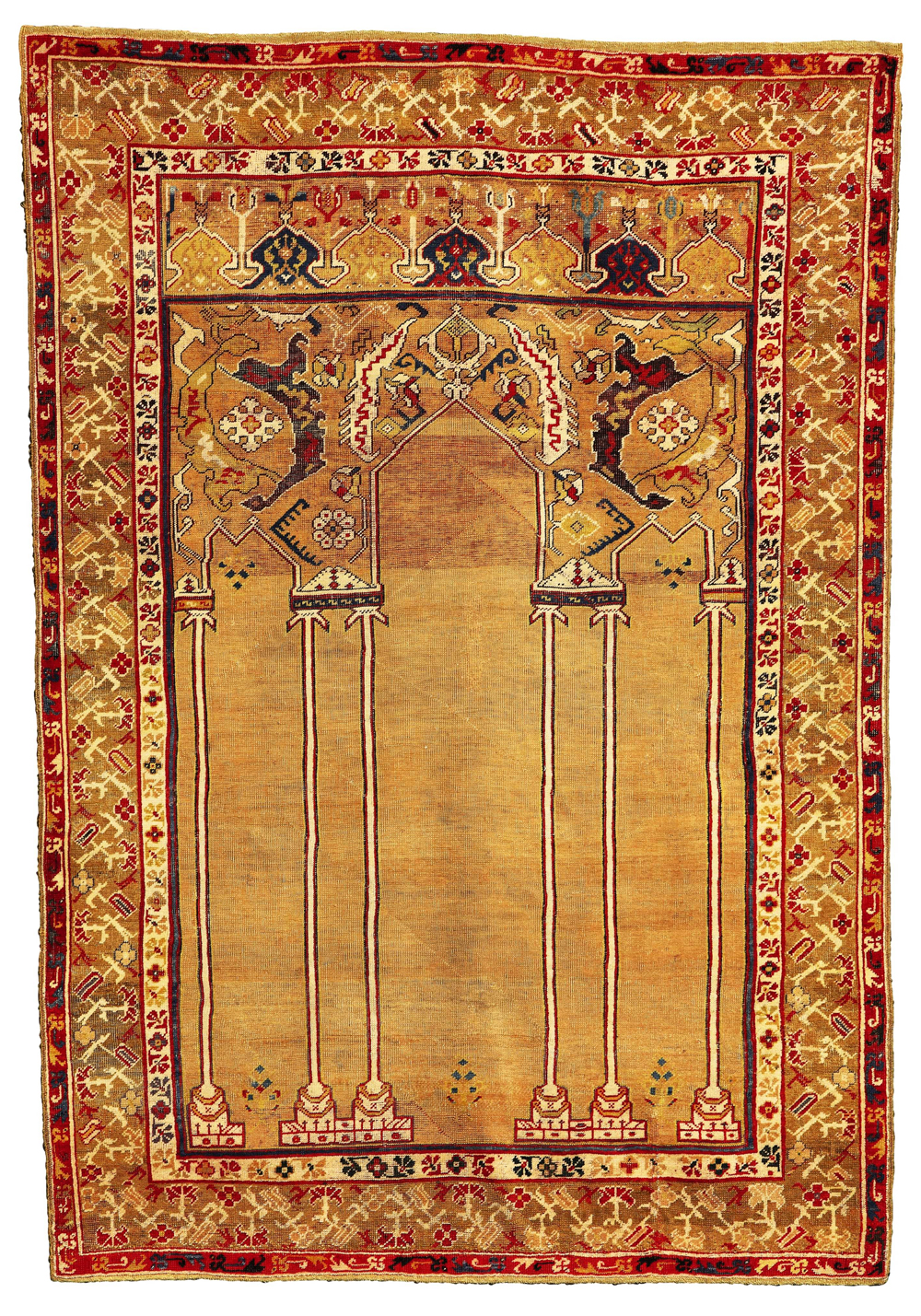 Top price from the large, mainly Persian, consignment from the Burns collection was lot 80, a Bahkshaish pictorial rug, which sold mid-estimate for $30,000, while lot 96, his degenerate 18th-century Caucasian ‘blossom/palmette’ fragment, doubled mid-estimate to fetch $22,500. His rare Shahsavan ‘turtle’ design pile khorjin face, lot 70, sold within expectations for $9,375, and his Ottoman çatma carnation panel made low estimate at $8,125. 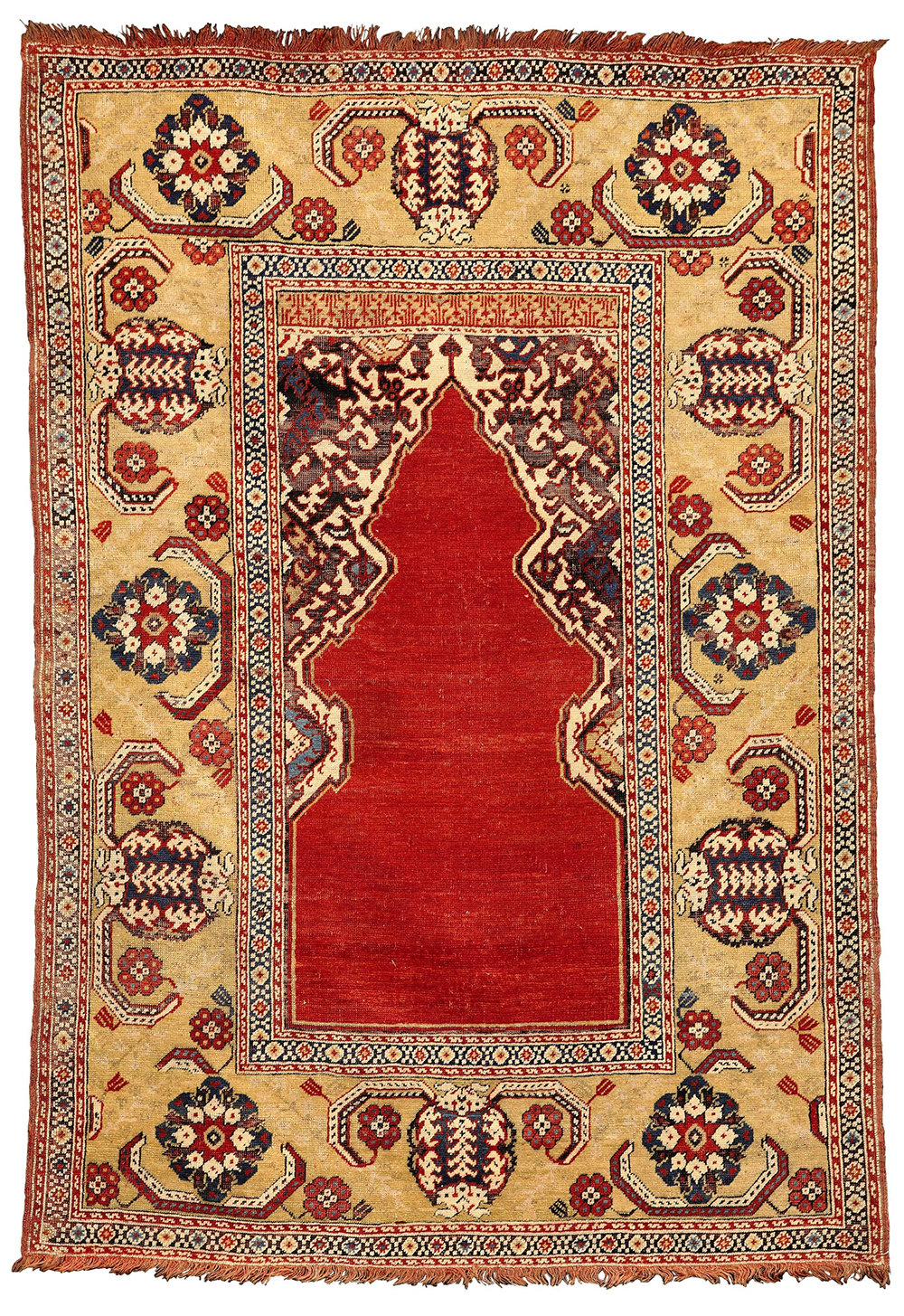 Overall, however, the Burns pieces did not fare well, with many carpets overestimated, in particular Persian classical fragments and 19th-century town and village rugs, most of which are published in his 2010 catalogue Visions of Nature. Equally seriously overestimated was a grand Yomut Turkmen C-gül main carpet consigned by an anonymous Californian collector.

Other successful lots of passing interest included lot 7, the best of a group of Uzbek suzanis from a Russian collection, which sold for $17,500, and lot 21, a pretty yellow-ground Daghestan rug, which made $18,750.

Mary Jo Otsea, Sotheby’s senior consultant for carpets and rugs commented after the auction: ‘Overall the sale was fine with good international participation. Clearly, there was cautiousness to the bidding that may reflect the uncertain economic times of the moment. However, property from consignors with reasonable expectations performed very well. There was also good, steady bidding for the enticingly priced carpets from the Abadjian collection. The owners of the cover lot, the ‘Polonaise’ rug, were cognisant of the market and happy with the result.’ 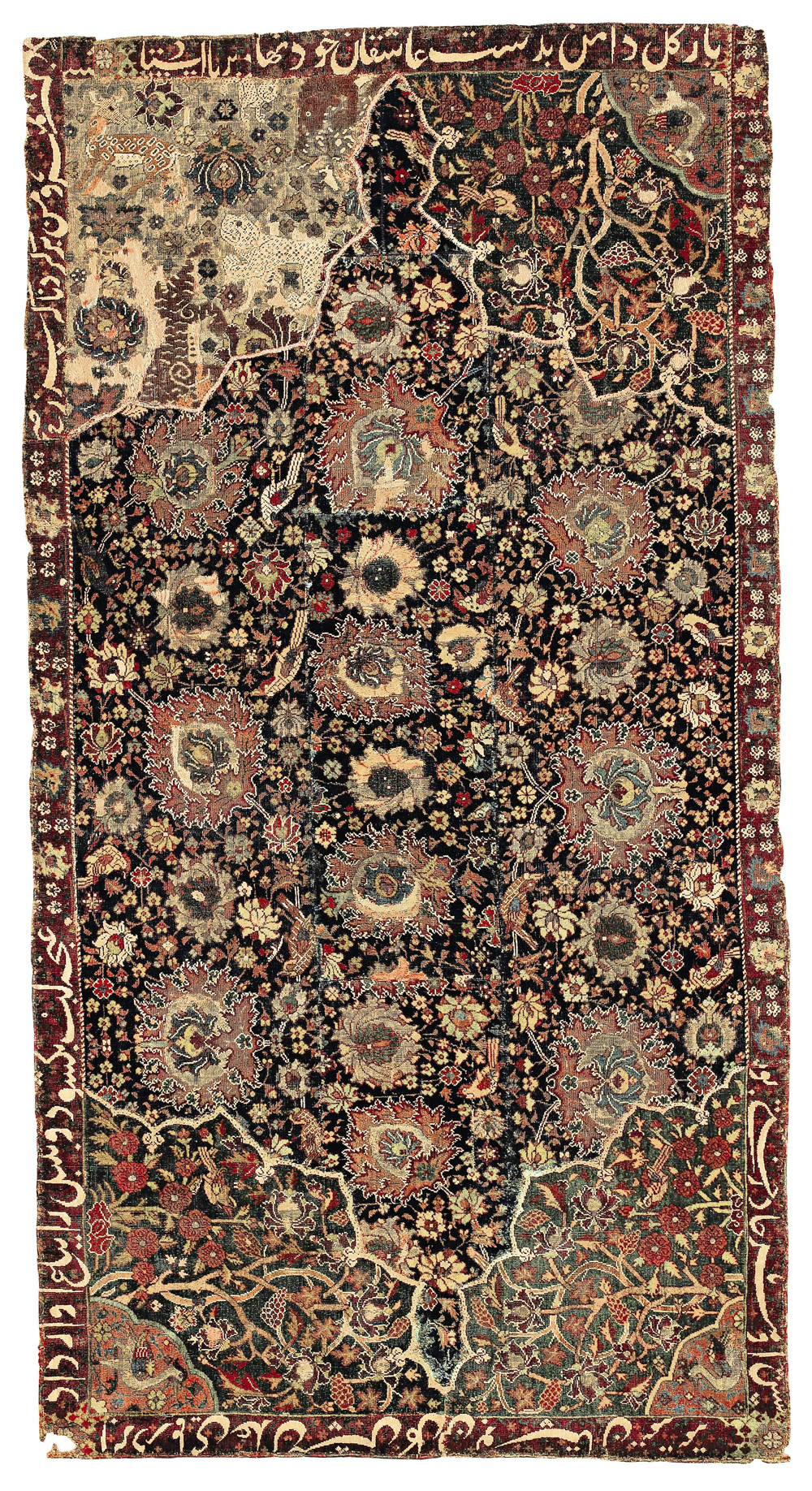 Lot 66, PROPERTY FROM THE COLLECTION OF THOMAS AND GWEN FARNHAM, a Safavid part-cotton and part-metal-thread fragmentary rug, Kashan or Esfahan