Carpets of the East in Paintings from the West

A concise exhibition at the Metropolitan Museum of Art, New York  until 29 June 2014 brings together three 17th century oriental carpets that correspond to the rugs featured in three Dutch paintings of the appropriate period, all from the Met’s collection.

Precious oriental textiles began to appear in European paintings in the 14th century; originally solely in religious scenes, but becoming a motif that reflected the high social and economic status of those with whom they were shown. Often they were shown draped over tables in genre scenes set in the homes of wealthy citizens and patrons.

The carpets in this exhibition are a ‘Lotto’ carpet, so named after a famous altarpiece by the Italian Renaissance painter, Lorenzo Lotto that included a similar, but less ornate carpet. In Young Woman and Cavalier by Cornelis Bisschop, an ‘ornamented’ style Lotto appears on the table with a silver candlestick and plate that proclaim the young couple’s wealth, status and taste. 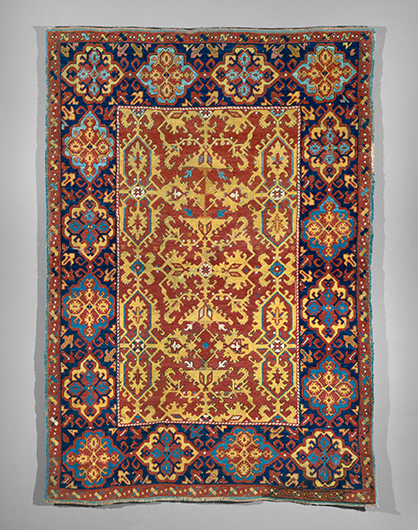 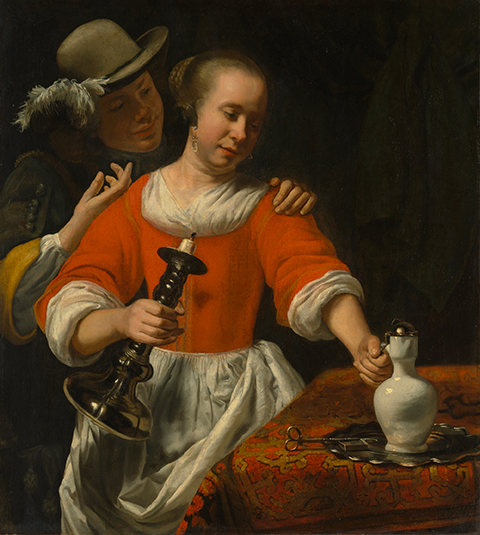 A ‘Chessboard’ carpet, so-called due to the regular compartments, each containing an eight-pointed star. Not many of these survive and it is likely that only small quantities of them were woven for export from Syria. Gabriël Metsu is one of the few European artists to include the rare design in his paintings. 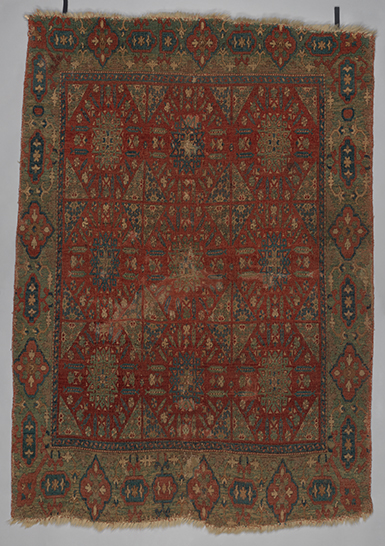 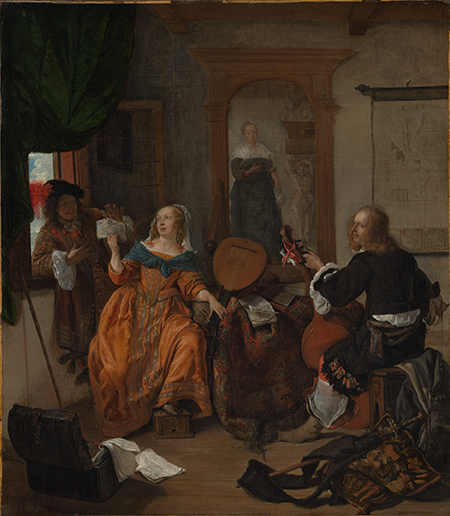 The third, a central Persian  ‘Palmette, cloudband and scrolling vine’ carpet was among the most popular designs in 17th century Persia. Its kind were imported in substantial quantities by the Dutch United East India Company (VOC) in Persia, and sold in the West as high – end, extreme luxury items. One of these appears in The Newborn Baby by Matthijs Naiveu, painted in 1675 – the same year that the artist himself was married and became a father. 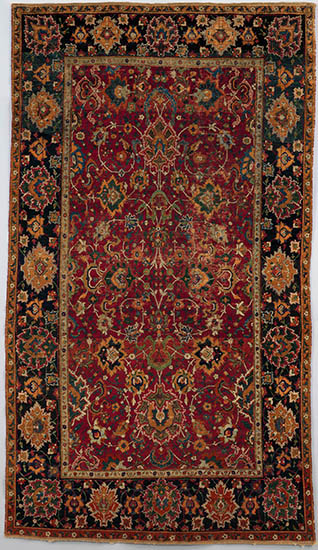 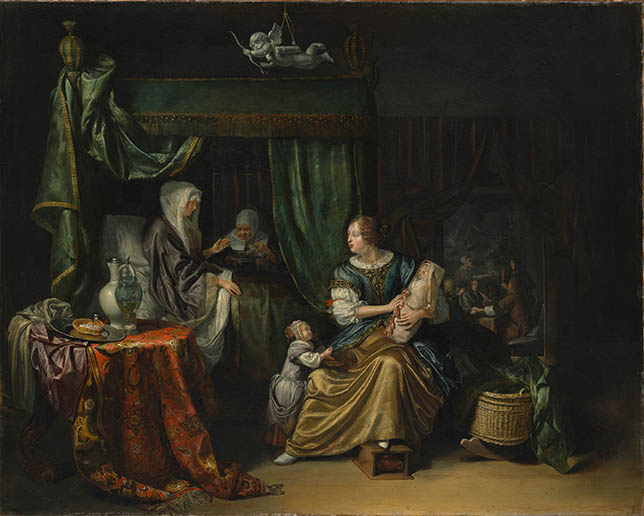