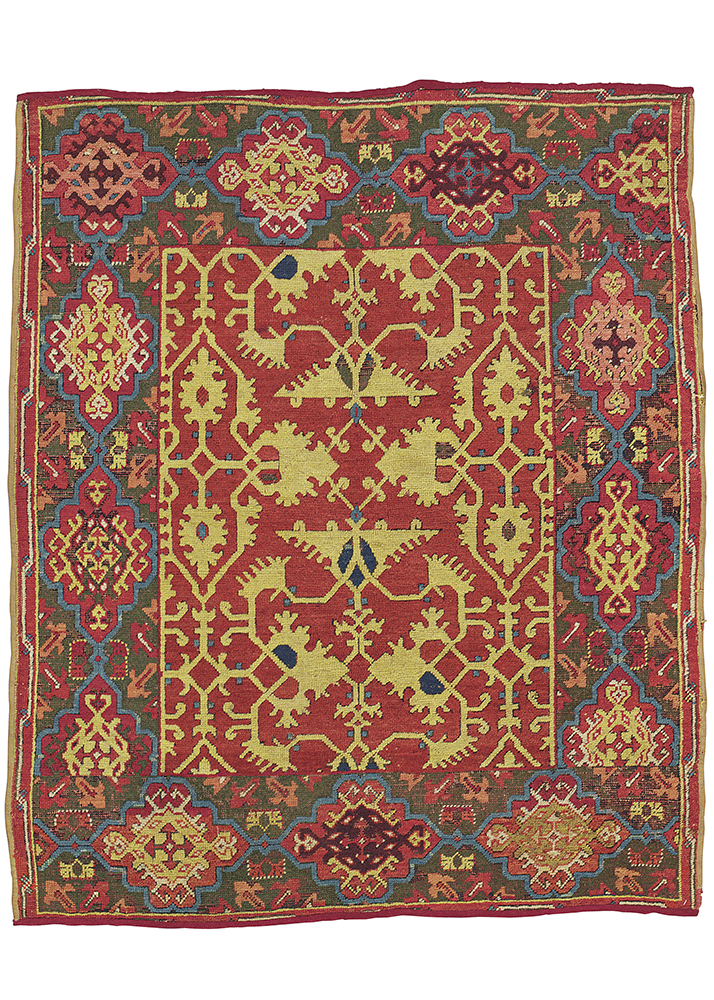 The Arts of the Islamic and Indian Worlds sale at Christie’s in London on Thursday 26 April 2018, in which the final 70 lots (241–310) are devoted to a diverse selection of rugs from most parts of the carpet-weaving world, include some items fresh to the market as well as a few old friends.

The most interesting of the new-to-the-market rugs are a trio of classical Ushak ‘Lottos’ (lots 258-260), comprising two late 16th-century small carpets and one 17th-century early ‘Transylvanian’-period rug showing a ‘detail’ of the arabesque field. All three are consigned by an Italian noble family whose ancestors include a number of cardinals and Pope Alexander VII (d.1667), from whom it is said the family inherited the rugs. The two Lotto carpets are both estimated at £40,000-60,000, while the rug, of unusually square format, is expected to fetch £30,000-40,000.

Other interesting Turkish rugs in the sale include a very colourful early-19th-century Dazkırı from southwest Anatolia (lot 261), estimated at £8,000-12,000, and a quite unusual late 18th-century Ladik prayer rug from central Anatolia, with floating columns and a sparsely rendered yellow-ground lobed-rosette and flowering-stem border (lot 263, estimate £15,000-25,000). Of more recent vintage is lot 269, a circa 1910 Kum Kapı silk-and-metal-thread rug with an all-over classical ‘Shah Abbas’ design on a golden yellow ground, and an as yet unidentified Armenian master-weaver’s cipher. Sold by Sotheby’s in Los Angeles in June 1977, and now consigned by a New York collector, it is estimated at £50,000-80,000. 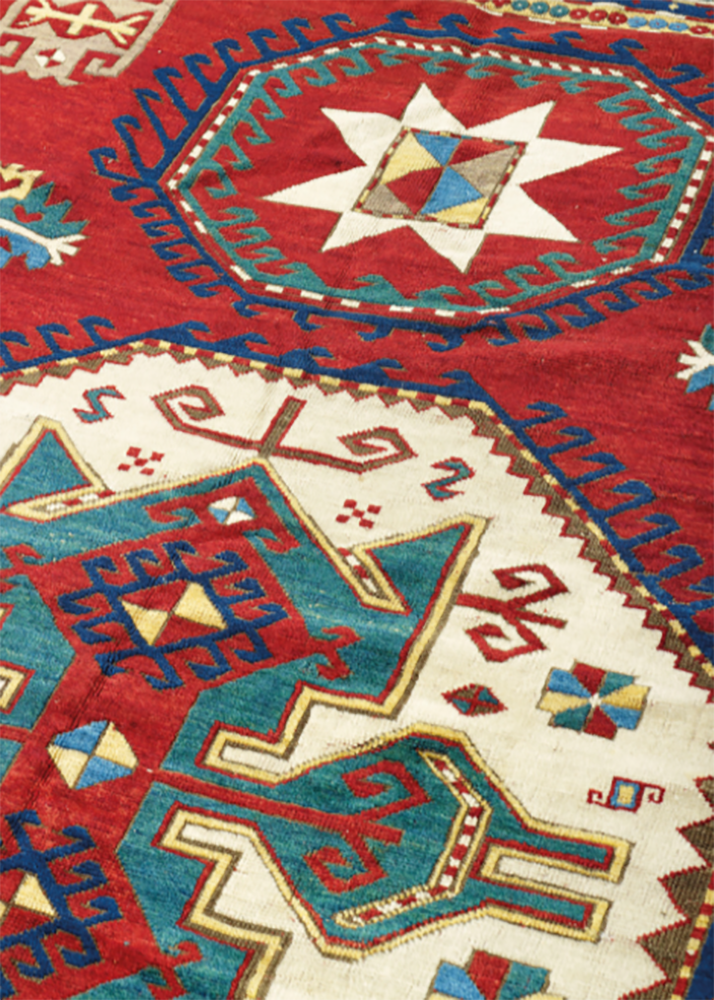 The majority of the carpets in the sale are of Persian origin—a variable mix of 17th-century classical carpets with high-quality antique decoratives, 19th- and 20th-century town and pictorial rugs, and a sprinkling of tribal weavings. Leading the pack is a very old friend, lot 288, the 17th-century Barbieri Khorasan tree carpet. Formerly in the late Heinrich Kirchheim’s ‘Orient Stars’ Collection and last sold at Christie’s, London in April 1996 for £102,000/$178,060 (see HALI 146, p.125), it will be a real bargain if it sells within its £60,000-80,000 estimate range. Expectations are slightly higher at £80,000-120,000 for lot 295, a massive red-ground Esfahan gallery carpet from an American private collection, traceable to the Villa delle Rose in Florence in the 1960s.

Continuing the Persian consignment, both lot 257, a handsome northwest Persian Harshang design kelleh, dated 1239 (1824 CE), and lot 289, a three-medallion Qashqa’i kelleh, dated 1315 (1897 CE), are estimated at £18-25,000. A high-quality Kerman gallery carpet from Greenwood Gardens Historic House in New Jersey (lot 272), with a dense all-over pastel field of shrubs and cypresses and an inscription saying that it was made in 1286 (1869 CE) by Master Mir Ali Kermani for His Excellency Vakil al-Mulk, is estimated at £30,000-40,000. There are also good Garrus Bijar, Heriz, Bakhshaish and Mohtashem Kashan carpets in the sale. 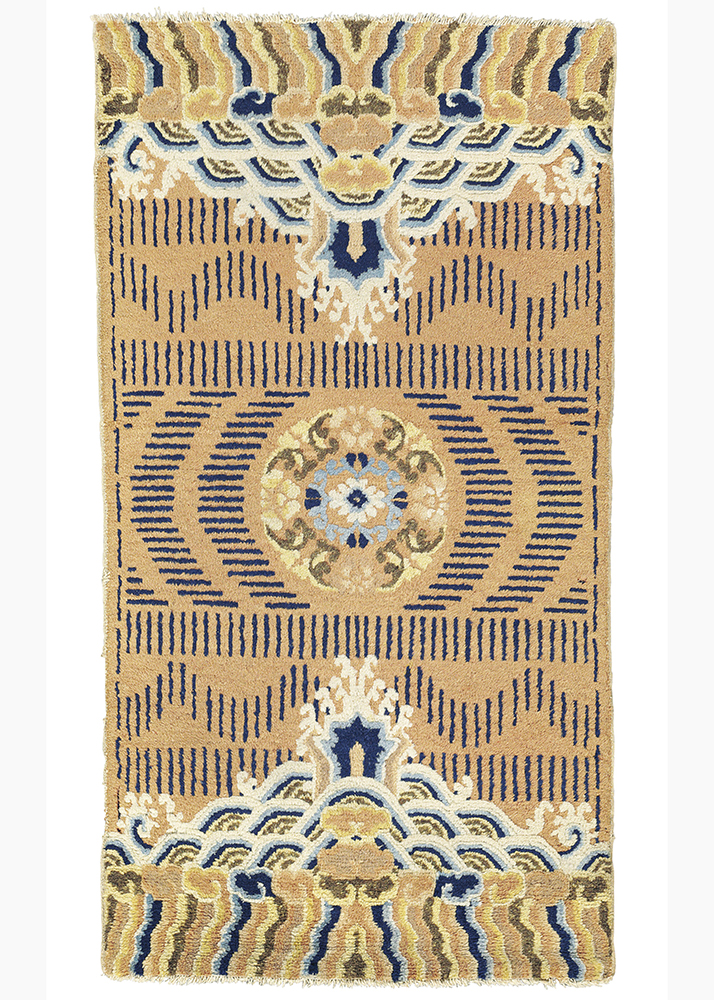 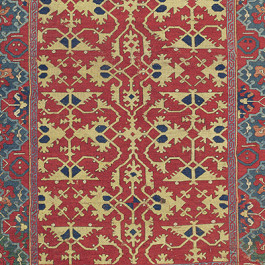 Carpets and Textile Highlights from Arts of the Islamic and Indian Worlds at Christie's, London 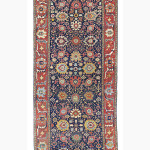 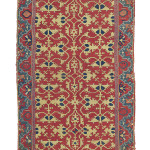 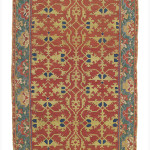 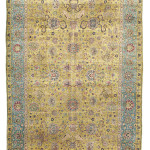 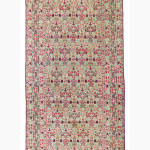 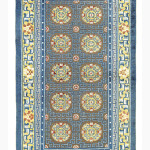 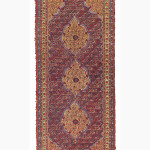 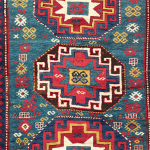 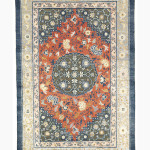 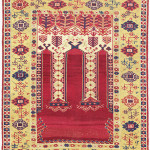 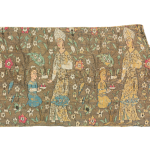 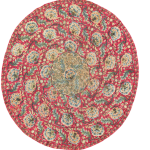 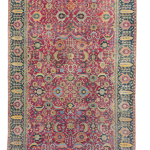 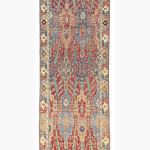 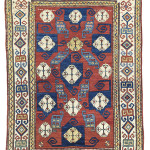