Crafting the Future From the Past

The carpet designer and producer Jan Kath is recognised for innovation and originality. But, as he tells HALI, his roots and his inspiration are in tradition.

Some of Jan Kath’s earliest memories are of playing hide and seek with his sister in a warehouse full of carpets. ‘My granddad and my father were oldschool carpet dealers with a business in Germany, travelling all over the rug-producing world as early as the 1950s.’ He was born in 1972. ‘I basically grew up on a stack of carpets. Our Sunday morning breakfast table was often shared with guests from Afghanistan, Egypt and also Iran. Seeing it from today’s perspective, I was in the lucky position to inhale our industry’s culture from very early on.’ 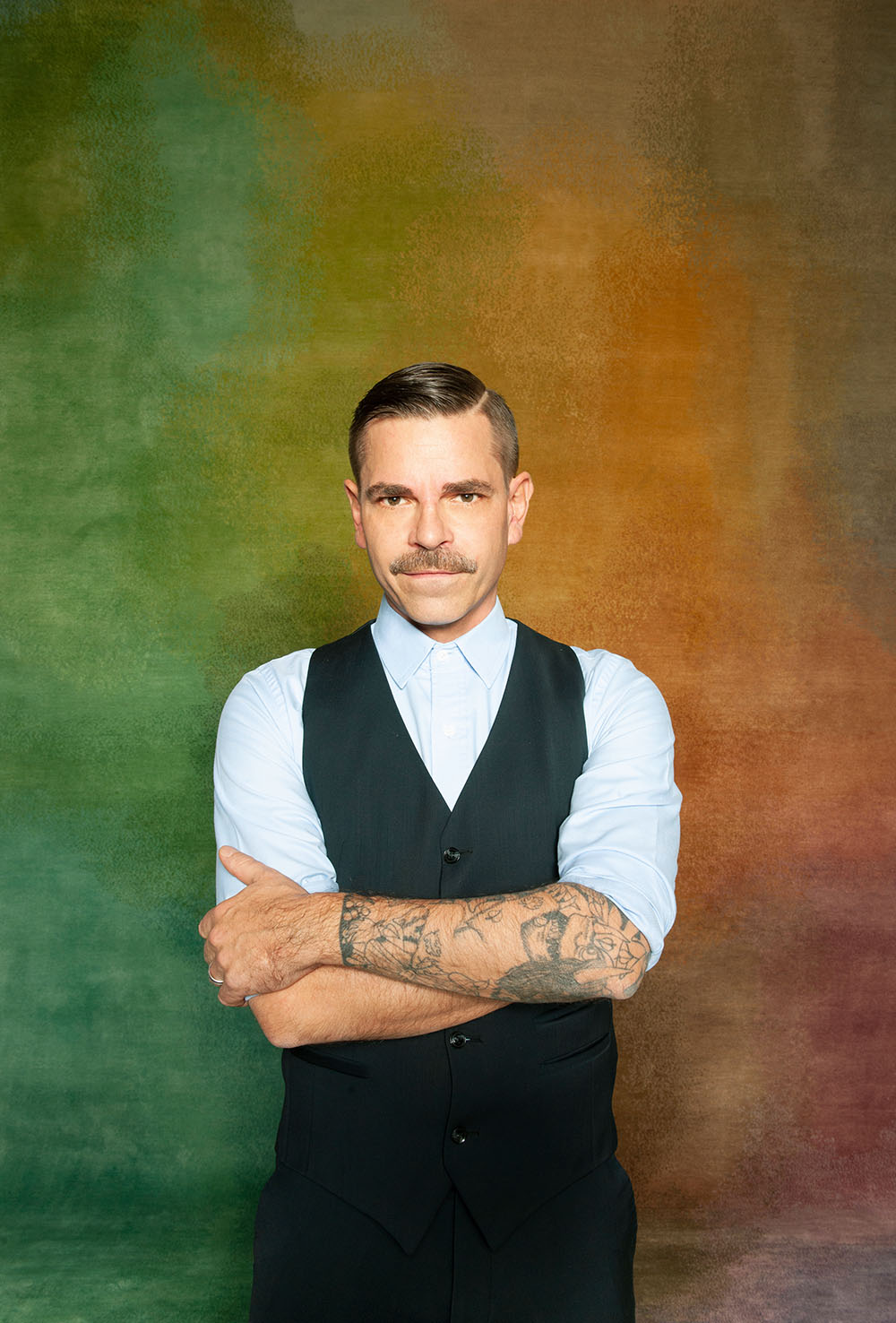 For Kath, ‘today’s perspective’ is at the head of the luxury carpet brand that carries his name, based in Bochum in his native Ruhr region. He describes it as ‘still a small but refined family-driven business, known for a vast variety of individual rug collections, each coming with its own story’. But he is also keen to emphasise the number of complex, high-end, individual custom projects that the firm undertakes.

Exposure in childhood to the exoticism of the carpet trade awakened a desire to travel rather than to continue the family business. ‘It didn’t take me long to realise that the east was my destiny. Back in Europe I ran into a man who had a small but pretty successful carpet production setup in Kathmandu. He was tired of travelling back-and-forth running the operations on the ground.

‘To cut the story short: I quickly ended up in Kathmandu and started to handle quality control, production workflow and customisation of carpets. Two years later, after taking on a second sourcing job in Mongolia, I learned that the gentleman for whom I’d worked in Nepal was planning to retire. I returned to Nepal and started, innocent as I was, my own little enterprise at just twenty-four years old.’ 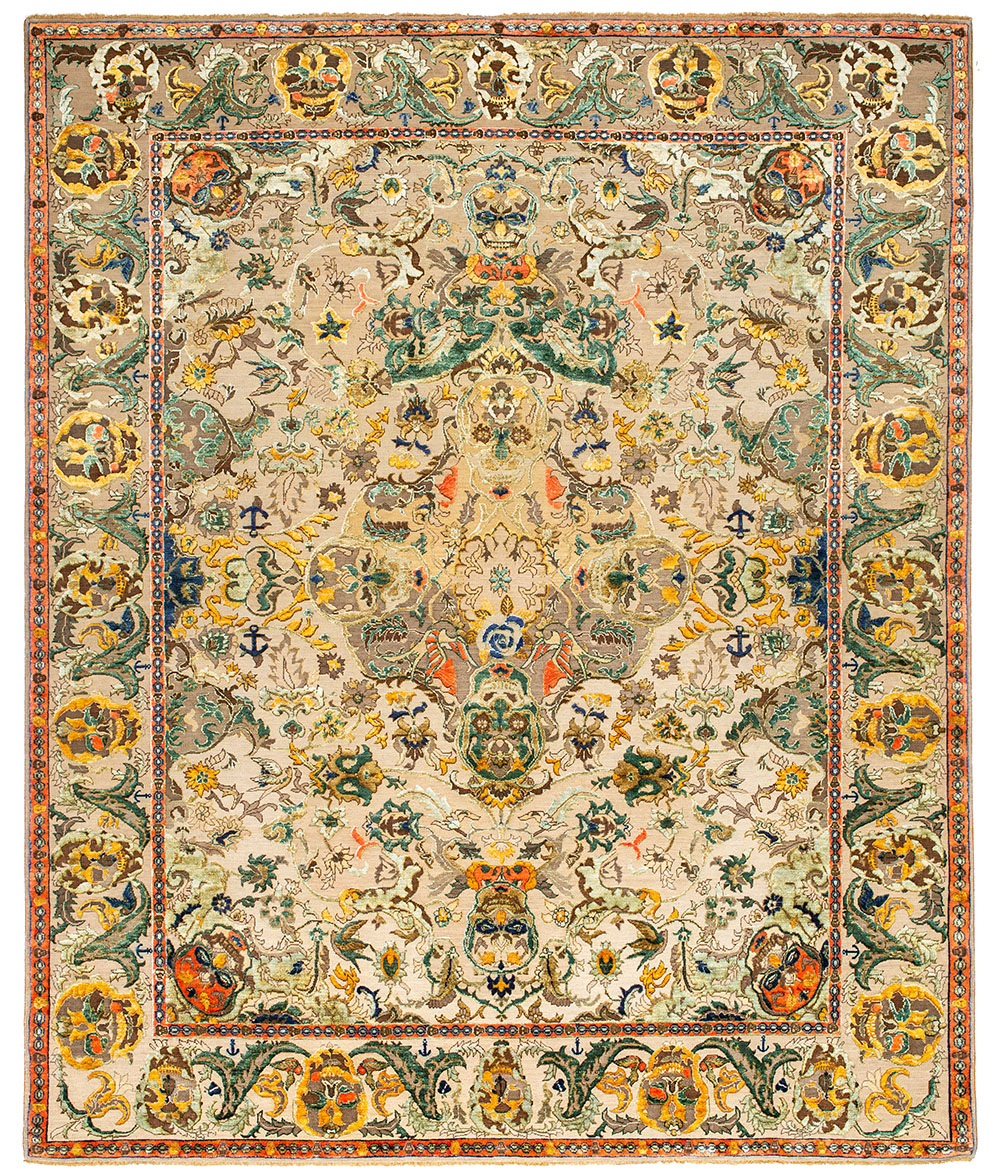 Kath was quick to recognise the importance of an individual design philosophy—and to understand that he had no budget to employ professional designers. ‘I had nobody on my side who could tell me what is right and what is wrong. That gave me the opportunity to start working without any boundaries, while trusting my own intuition.’ In a relatively short space of time, Kath has acquired an international reputation as one of the most innovative carpet designers working today.

One collection of his that has attracted particular attention is named Erased Heritage. Taking as his base ‘known and important rugs of our common tradition’, Kath then applies ‘my view of contemporary art and textile design’. It has proved to be fertile ground, with new designs emerging almost every year. ‘Last year we worked with the great and endless theme “Polonaise” and developed a continuously ongoing collection. This year, I went deep into the story of rugs made in Europe, re-interpreting important carpets of the Savonnerie and Axminster era.’

While Kath is understandably eager to promote his purely contemporary designs, such as the new Spectrum concept inspired by the Northern Lights, his interest in antique carpets is well rooted. ‘I own a couple of exquisite old pieces, mostly inherited from my late, great mentor, my father. I also kept collecting pieces during my extensive travels, but I wouldn’t call it a proper collection yet. Currently I live on an old Sauj Bulagh and a couple of super-rare Tibetan antiques. I was lucky enough to find one of the last “tigers” in almost perfect condition.’ 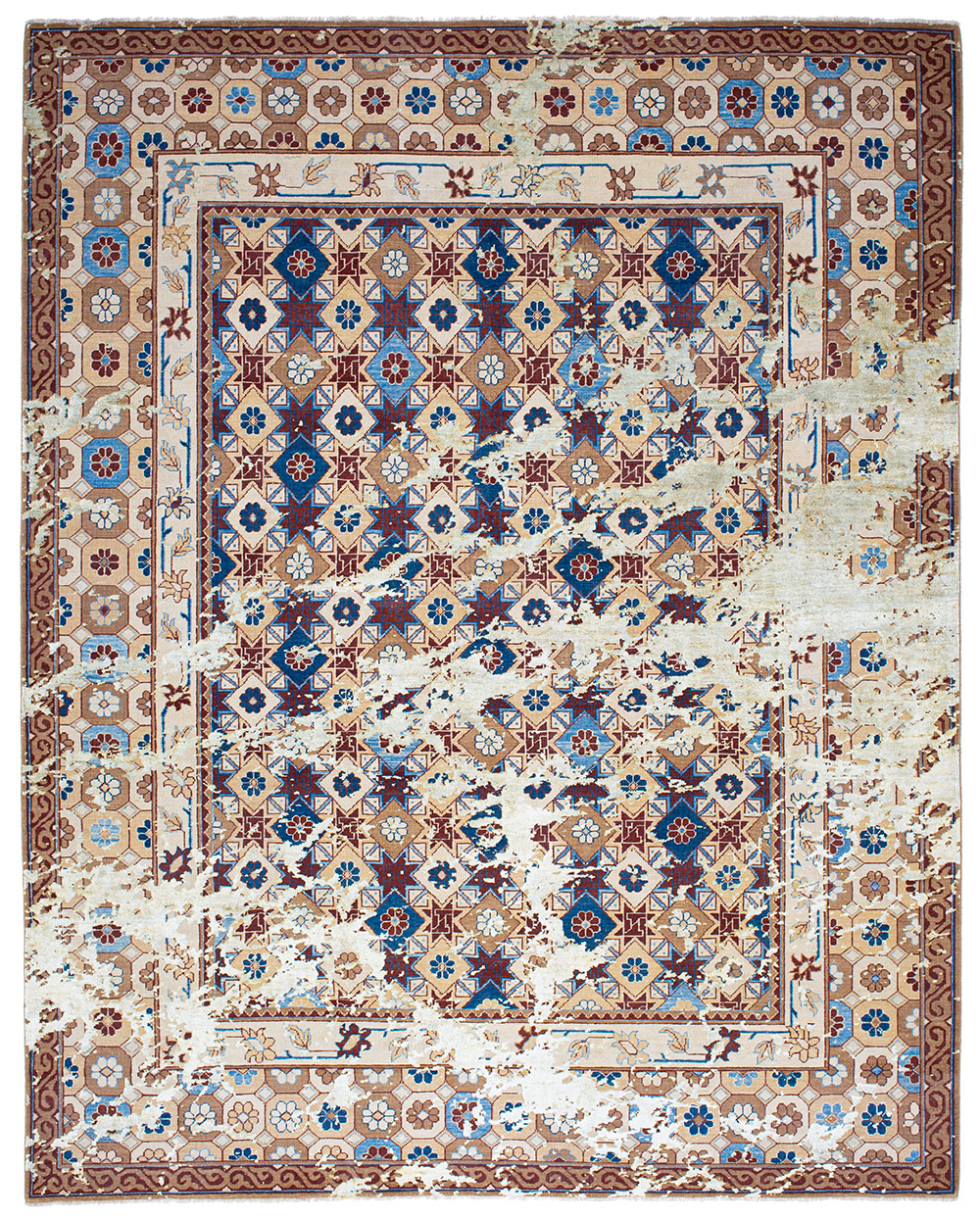 He ‘takes the liberty’, he says, of diving into the historical background of almost any carpet tradition in the never-ending quest for inspiration. ‘In general, I am a pretty simple person, so that I would initially relate to carpets and textiles with a rougher, tribal and rather nomadically influenced base. The good old Bijar—not the city version but the village style— is what I consider “to die for”. Contrary to that, I also developed an eye for more complex elegant provinces such as Tabriz, Esfahan, Kerman, but also, as mentioned earlier, the newly discovered world of Polonaise and Savonnerie. Our “From Russia with Love” collection was based on rugs from Nagorno-Karabagh but also on pieces from Tyumen, Siberia. The idea is to push tradition forward. I think there is no future without a past, and to reinvent the wheel can turn out to be a very difficult task.’

Jan Kath’s collections have been credited with widening the appeal of handmade carpets within the world of high-end artistic design. Was this ever a conscious objective?

‘When I got into the industry almost twenty-five years ago, I definitely did not have any specific goal in mind,’ he says. ‘Success came when I left the beaten path and began to rely on my inner voice. I quit wondering what kind of carpets would sell best and moved on to develop my own handwriting styles, while sticking to the core values and soul of our industry’s tradition. I always have and always will try to remain real and true to these principles.’

Since 2016, every January Jan Kath has opened the doors to his headquarters in Bochum, Germany to retailers, architects, designers and journalists. 2021 will be no different, with ‘A Family Affair’, as the event is titled, taking place on 13-16 January 2021. Those that want to visit and get to know the team and the collections are invited to contact events@hali.com.