De Young Museum, San Francisco: From the Exotic to the Mystical: Textile Treasures from the Permanent Collection

From the Exotic to the Mystical: Woven Treasures from the Permanent Collection, at the de Young Museum in Golden Gate Park until 4 August 2013, consists of more than 40 objects, most never before on public display, representing 15 centuries of textile arts drawn from the Fine Arts Museums of San Francisco’s extensive holdings. Exhibits, in which European works predominate, include a famous 18th century Beauvais tapestry The Audience of the Empero rof China, woven in France around 1722 at the height of the Chinoiserie craze, and a full set of liturgical vestments from the reign of Louis XIV that rank among the most brilliant achievements of French needlework in the age of the Sun King. Among the objects from outside of Europe is a fragment—probably of a tunic—from 6th century Egypt, featuring an array of mermaids.The majority have never before been seen on public display. 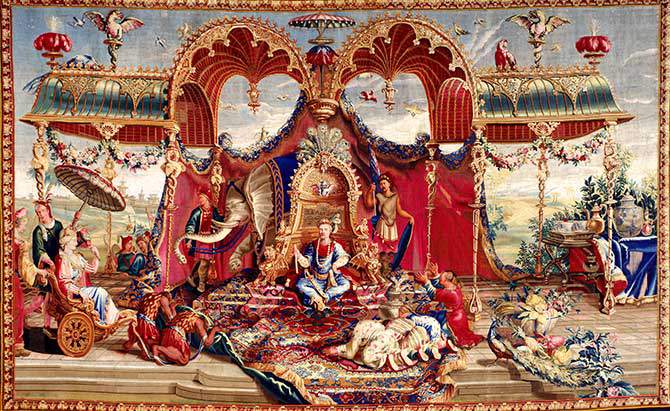