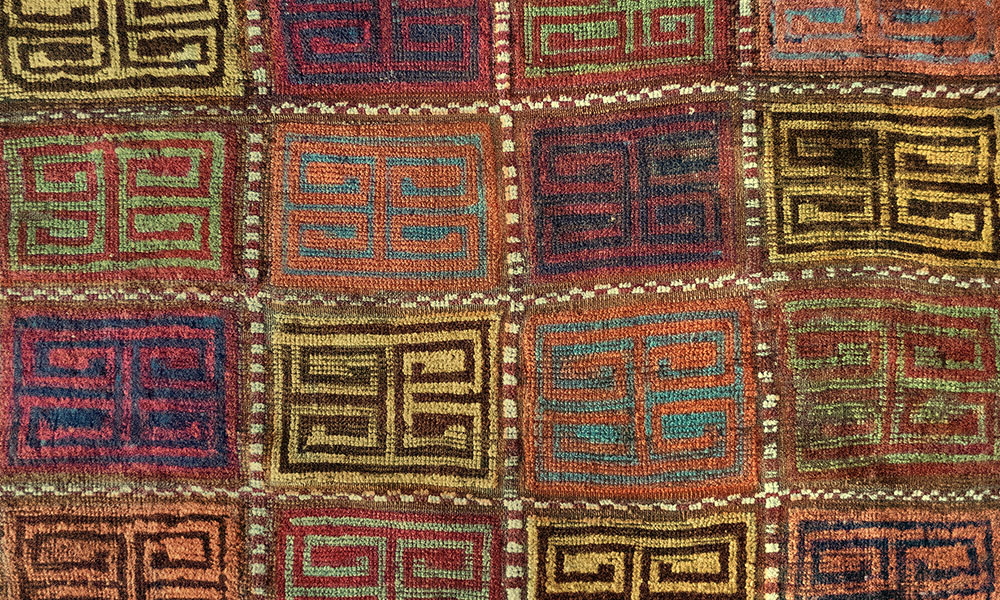 This rug from the collection of Marshall and Marilyn R Wolf is one glimpse of unpublished material from one of the great collections and one that has not appeared often enough in HALI—something we hope to change over the course of the next year. I first saw this rug just after I had begun my first job in antiques, holding lots up for sale at Bonhams in London. So when I saw it again on the wall of the Islamic galleries at the Metropolitan Museum of Art alongside classical carpets, I was utterly confused about what this, to my mind ‘punk’, rug had to do with the formal art around me. It made me think more of Keith Haring than Islamic art.

Now twenty-five years on I can confirm that I still don’t know where this is from or how old it might be. A rug in the TIEM, Istanbul, from the Kes Kariye Mosque in Kayseri (no. 261; Konya, early 18th century; Ölcer et al, 1996, pl .71) has a kindred design of bichromatic hooked motifs. Both rugs also have a brown ground, but these parallels should be seen as comparisons rather than observations of a relationship. The use of a pinkish red and the light blue suggest an Anatolian origin more eastern than central.

The design and lack of obvious borders and outlining of the field motif are archaic and recall the horned motifs of Neolithic Çatal Hüyük, as well as the simple designs created using extra-weft wrapping; both are reserves of ancient Anatolian designs from prehistory. That said, the relationship to Turkmen ornament cannot be completely ignored. 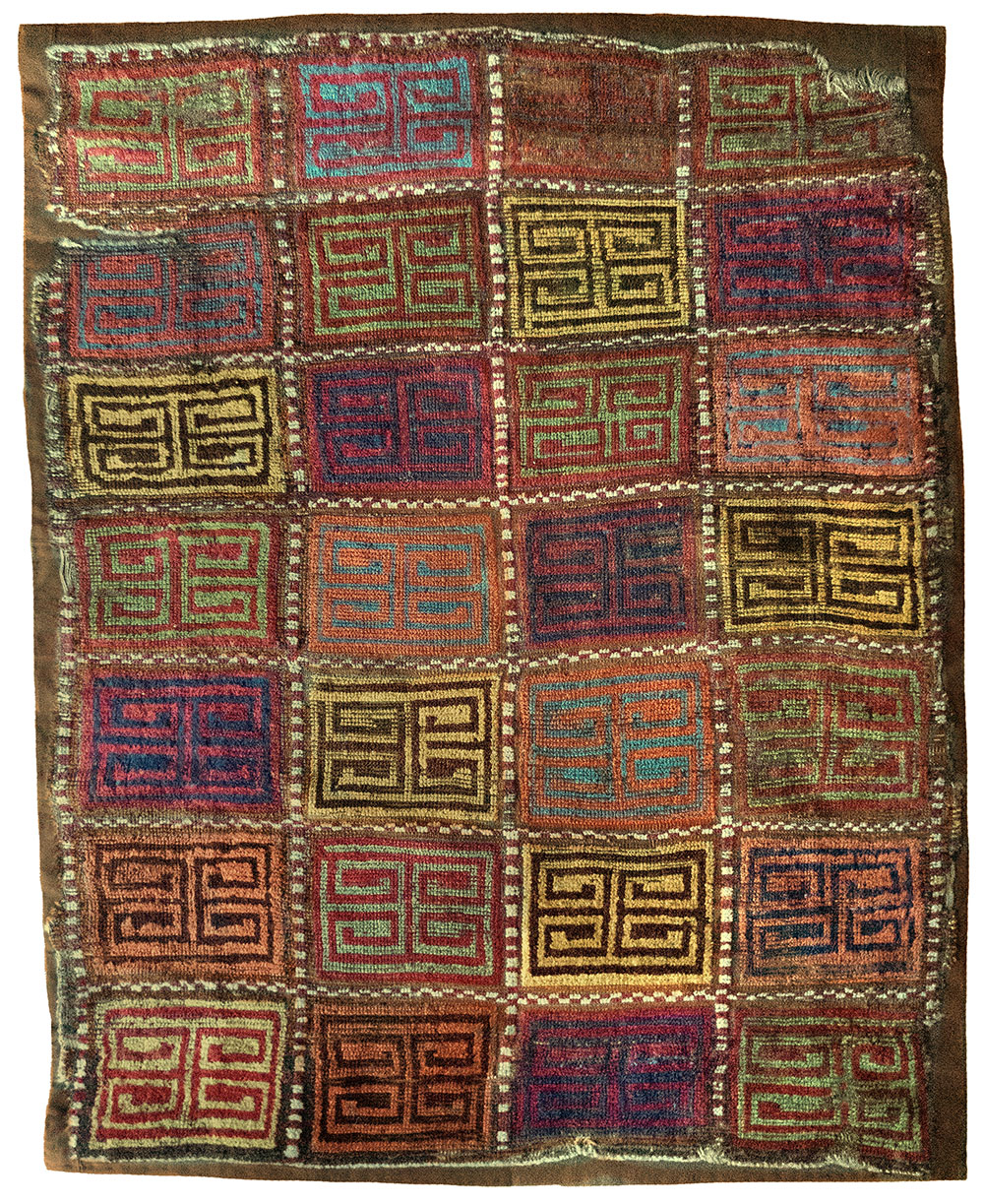