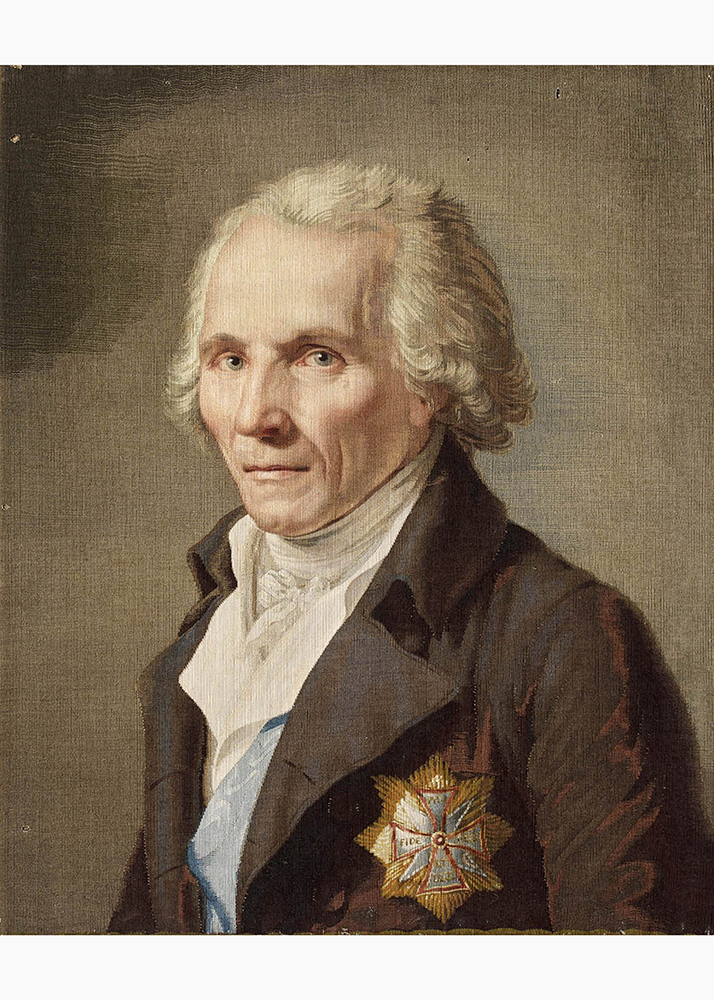 Markus Voigt writes: Since the long-past heyday of the dedicated Textura section, it has become difficult to spot any textiles at all at The European Fine Art Fair (TEFAF), Maastricht. However, London’s Simon Franses decided to buck the trend, highlighting European textile arts for his debut. I worked on the stand throughout the fair.

Most visitors remained convinced that there was at least one painting at the stand. Only by very close inspection could one discern that the portrait of Benjamin Thompson (1753–1814) was in fact an extremely fine weave. No more than a small group of Gobelin portraits exist, usually depicting French royalty. Thompson, being the only known American sitter, was a scientist, inventor, diplomat and a man devoted to relieving the suffering of the poor; he was also a soldier of fortune, spy and womaniser.

His most enduring impact is felt in Munich, where he created the ‘Englische Garten’ for the king, who initially had called him in to reform the Bavarian army. After looking at the malnourished, ragtag soldiers, Thompson swiftly invented a special stew that would nourish a man for a day. Having been ennobled by the king, taking the title Count Rumford, he named this concoction ‘Rumford soup’; Rumford was the ancient name of Concord New Hampshire, where his first wife had property. 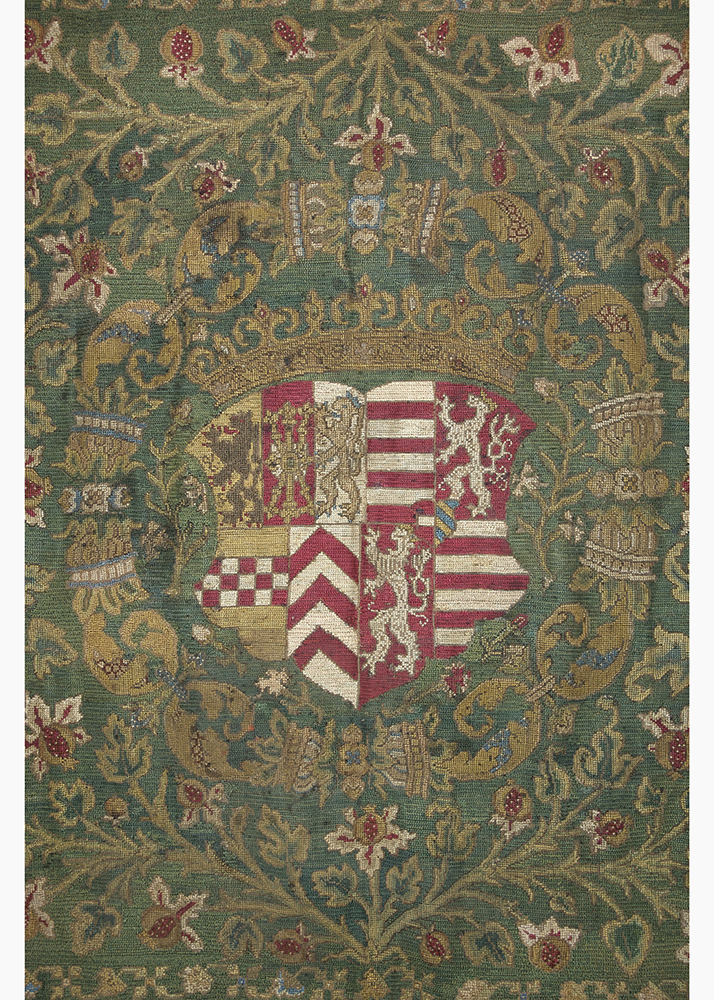 His knowledge of thermodynamics helped him create a special insulating underwear for the Bavarian soldiers, and design a stove which would use only half the fuel. He installed schools and workshops for the poor, and soup kitchens in Munich to dispense his special stew. During our time at the fair a Dutch gentleman identified himself as head of his country’s Rumford society, which has served this soup to the nation’s poor since 1801.

In 1796 Thompson’s diplomacy rescued Munich from ransacking by Austrian and French troops. He spent his later years in Paris, marrying and divorcing Madame Lavoisier. It might have been his study of the tensile strength of wool and silk that put him in contact with the Gobelin workshop. After his death he left US $50,000 to Harvard, where a chair for physics in his name still exists today.

The portrait was one highlight never missed by the TEFAF guides. The other was the embroidered tablecloth of William the Rich, brother to Anne of Cleves. Made at the court of Maria of Austria for her wedding to William in 1546 it showed the coat of arms of Jülich-Cleves-Berg combined with that of the Habsburgs.

This was surrounded by mythical beasts within pomegranates–a griffin and a dragon for the male side, a pelican and mermaid for the female–and the border was formed of a lovely array of native and exotic animals. All was held together by the outer minor border, showing a woven fence in the manner of the hortus conclusus symbolising the inner sanctum of the marriage. The eastern part of Maastricht was part of the duchy of William the Rich and, being just an hour away from Dusseldorf and Cleves, the embroidery unsurprisingly attracted attention from competing German museums. 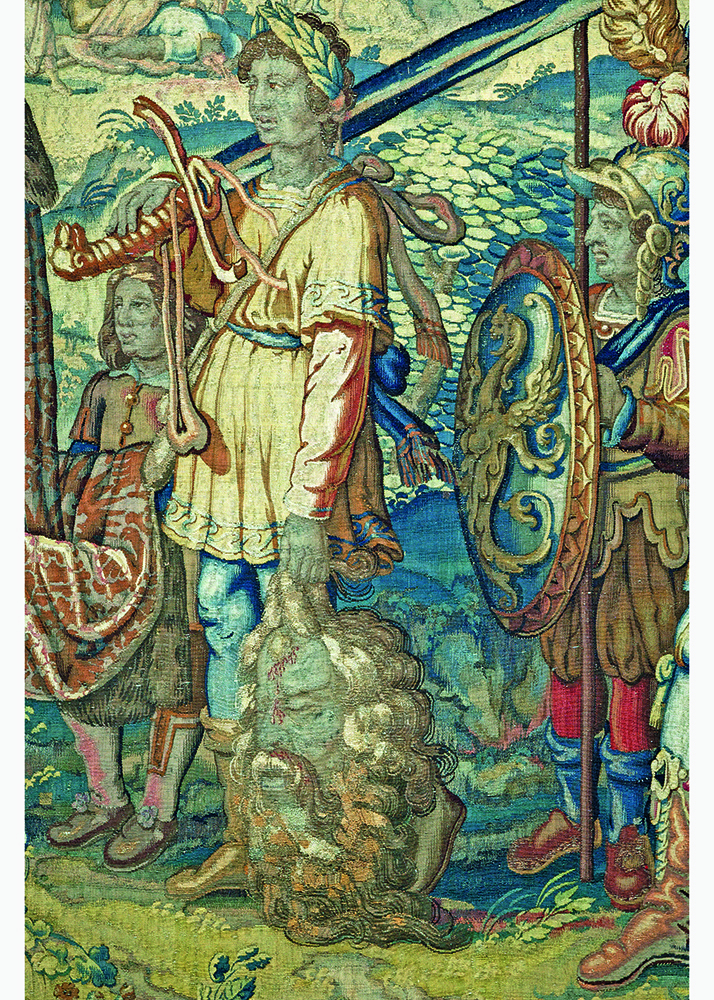 Tapestry depicting the story of David and Goliath (detail), woven by Frans Spiering in Delft circa 1610, S Franses

Of greatest interest for the Dutch visitors was a huge, nearly 8 metre-long tapestry depicting the story of David and Goliath. It was woven by Frans Spiering in Delft around 1610. The real story being told here, as would have been obvious to the contemporary viewer, is the success of the young Dutch republic against the might of the Spanish. Maurits van Oranje (i.e. David in orange clothing) had won enough battles to force the Spanish to sign the Twelve Years’ Truce in 1609. David is shown holding the head of Goliath, who has thick lips similar to those of King Philip of Spain.

From the left side of the tapestry, women greet the warriors. But they are not emerging from Jerusalem but from Rome–a further hint towards the Dutch republic. Among the women we can see a smaller dark-skinned person who could represent the Dutch claim to the East Indies. In 1605 the Dutch East India Company had taken parts of the Moluccas, the Spice Islands, from the Portuguese. A visitor to the stand who had travelled widely in that region pointed out that the flowers forming the person’s headdress are spice blossoms.

The tapestry has a companion piece with the same borders, also woven by Spiering but slightly shorter. In the Rijksmuseum in Amsterdam, it shows the peace after the truce. There are plans to study the pieces next to each other, as much more research is needed to fully decipher the hidden messages from the past in this master weaving. 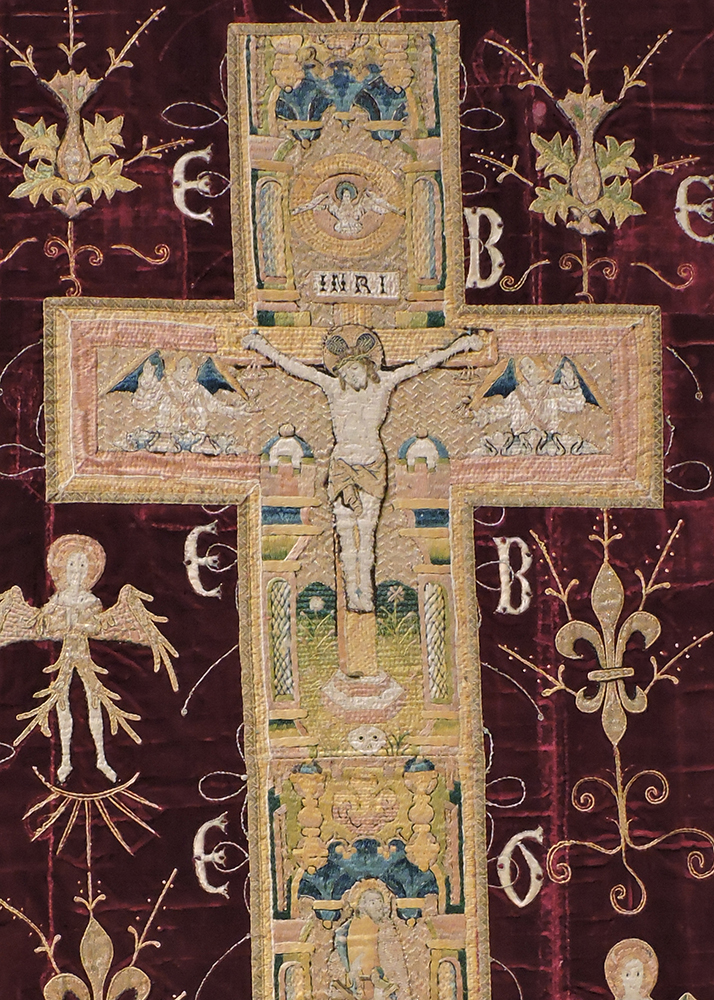 Of English interest was the chasuble of Edward Bonner, Bishop of London. Wonderful embroidered angels on deep red velvet surround the cross, while Jesus’s blood is gathered by a further pair of angels. Edward Bonner was chaplain to Cardinal Wolsey and instrumental in Henry VIII’s schism from Rome. He was more a politician and tool for Cromwell than a theologian. Under Elizabeth I, he spent the last two years of his life in Marshalsea prison.

The enthusiastic reception from visitors, collectors, museums and colleagues alike gives hope that the textile arts will regain their place in the high-end market of TEFAF Maastricht. Simon Franses will return next year.