Penny Oakley reports: Marylebone, in Central London, might seem an unlikely place for an exhibition of Greek costume, but it is the home of the Hellenic Centre, a focus for philhellenes and London’s Greek community. From 4 February until 2 March 2014, there could be found a rare opportunity to see an impressive range of Greek dress outside its native land.

Most examples in this engaging exhibition (sadly now ended) came from the Peloponesian Folklore Foundation, in Nafplio. The Benaki Museum, Athens, lent two costumes, including a dress from the Dodecanese island of Karpathos, with thick silk embroidery more often associated with the nearby island of Rhodes. Also from Athens came two rather spooky china dolls from a set given in 1914 to the Lyceum Club of Greek Women by Queen Olga, consort of King George I of Greece. She had sent pairs of male and female dolls to the various regions to be dressed in their local costume.

The cross-section of Greek dress showed the diversity of styles both urban and rural, from royal court to village and island, from opulent brocades  to the simple homespun chemise. As with the embroideries, the variety was confusing. It could only be clarified by tracing the designs of each region or island group back to the tastes of its former rulers: Byzantine, Venetian, Genoese, Ottoman, Crusader knights, et al.

Greece once stood at the crossroads between the Ottoman-held Balkans and the Anatolian provinces, and much of her traditional dress is a fusion of the two cultures. Thus we saw examples of the ultra-feminine, floor-length Ottoman üç etek (three skirts) entari (Greek: anderí), with flowing sleeves split to the elbow. Beside them were embroidered dresses of the islands and mainland villages. Karpathos produced the Benaki dress, with its characteristic deep fold across the skirt. From Attica, near Athens, came a remarkable outfit  with a king’s ransom of silver amulets hung down the back on thick scarlet cords and tassels. How sensible to have protection against the Evil Eye on the undefended back, rather than the front as in other cultures.

Often with an innate chic, Greek costume had an almost ritualistic aspect to all its layers and accessories. Maybe it was because dress was so integral to the marriage rites. Some women were even buried in their bridal gowns.

The ‘Amalia’ costume represented sartorial concord. Married to King Otto in 1836, Queen Amalia devised the style to foster the sense of national identity so vital to the newly independent Greece. It comprised a fitted jacket with ornate couched embroidery over a full-skirted version of the andarí, or entari, with its long, split sleeves, all topped off with a jaunty tasseled cap.

Related events included a lecture by Ann French on the 1914 Burlington Fine Arts Club exhibition of Greek Island embroidery. She revealed that the Benaki Museum’s dress from Karpathos, thought to be previously unpublished, had been in the 1914 event. It was bought on Karpathos by Theodore Bent and his wife, and left to a niece, who sold it to Antony Benaki, also a member of the BFAC, who put it in his Athens museum. Very circular.

The imposing catalogue covers the evolution of Greek dress from the dawn of time to the early 20th century. The exhibition started with the 18th century, but one can see the fashions of ancient Greece on the British Museum’s Parthenon Marbles. 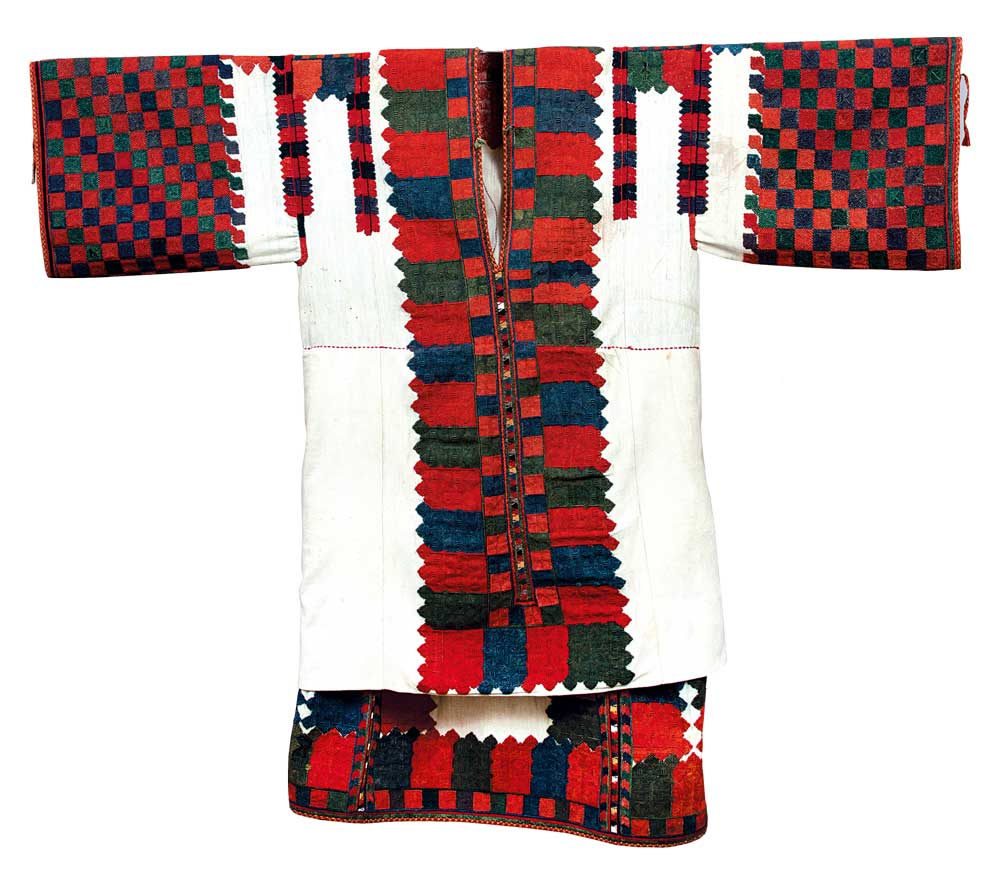 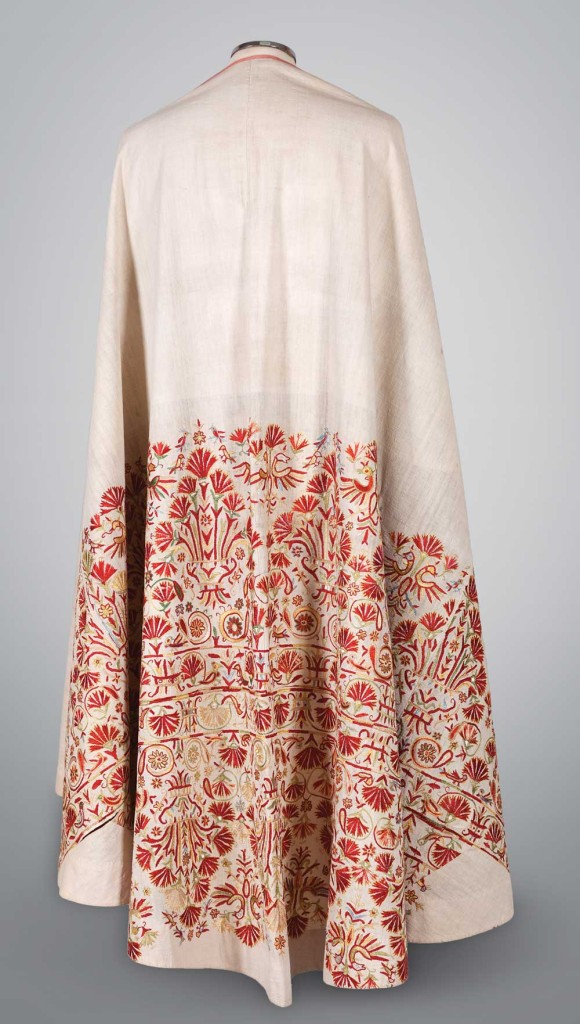 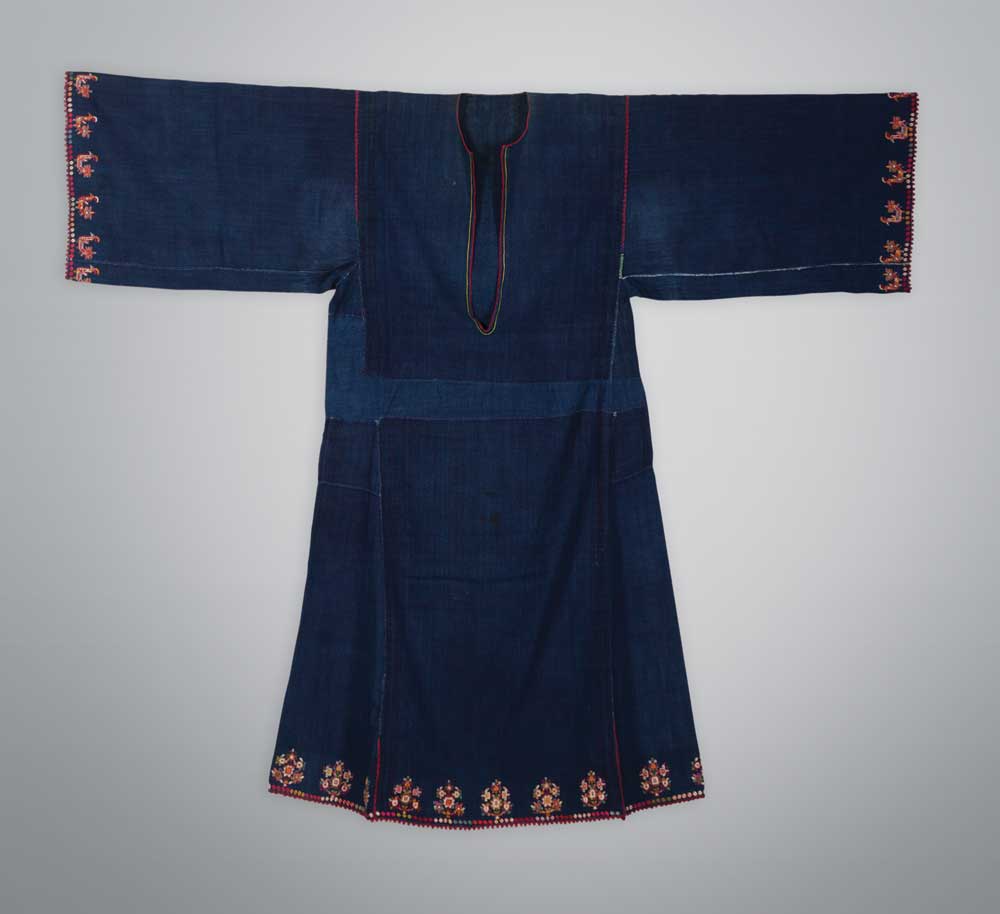 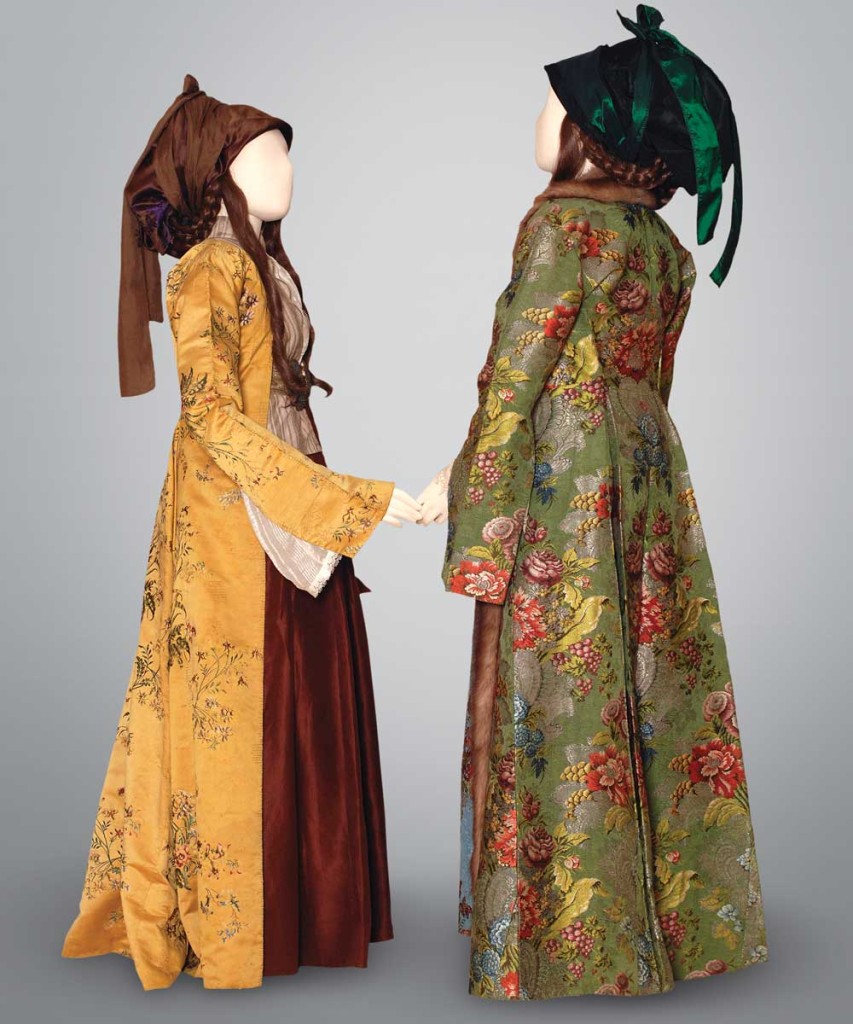