Mike Tschebull writes: When you lose an influential long-term friend, it is sobering and reminds you we are all mortal. Russ Pickering was my entry into the relatively closed world of a club for collectors of antique rugs and textiles, and we have been close for many years.

In the 1960s, he was one of the youngest members of the august Hajji Baba Club of New York City, but was well known in the rug world because he had been featured in a May 1968 Fortune magazine article about rug collectors, ‘Flying High on Magic Carpets’. His fellow members in the Hajjis included such rug titans as Joseph McMullan, Alvin Pearson, Arthur Jenkins and Amos Bateman Thatcher. 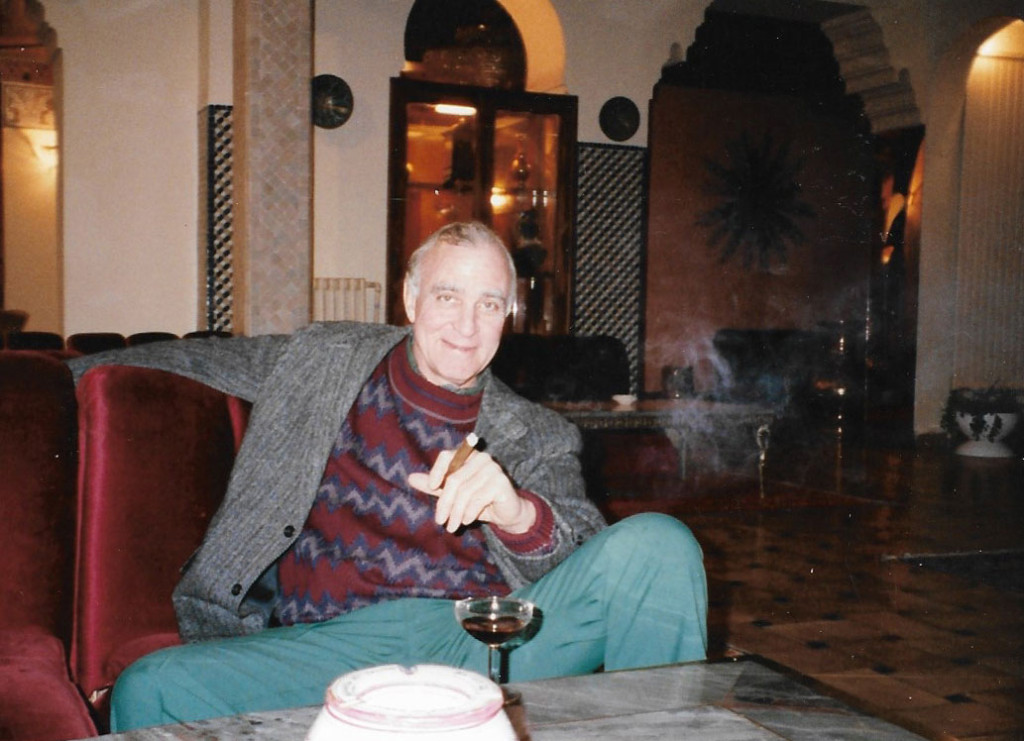 Russ took me under his wing and introduced me around to the various eminences at the Hajji meetings. Through Russ, I got to know Joe McMullan well, gaped at his Turkish village rugs, and in my twenty-something naïveté, thought I might do the same. No chance. One time, I got the opportunity to visit Joe in his townhouse on East 66th Street with Siawosch Azadi in tow, where Siawosch learned, to his surprise, that McMullan was indeed sharp and had himself authored his iconic Islamic Carpets.

Russ was one of the principals behind the pioneering 1969 flatweave show and catalogue, From the Bosporus to Samarkand, Flat-woven Rugs, issued by the Textile Museum. The exhibition travelled and influenced generations of interest in Eurasian pileless rugs, covers, bags and textiles, as well as in the world of tribalism and ethnography. He impressed upon me the importance of documenting one’s own collection, or else it will disappear into anonymity. He was an influential force behind my Kazak show in 1971, organised the search for material, and Joe McMullan wrote an introduction. At the same time, Russ introduced me to Ralph Yohe, whom I got to know well and who taught me the importance of anthropology as a component of rug studies.

But Russ was then ready to move on. He went to Morocco on vacation with his family and came back a Moroccan rug and flatweave collector, travelled there repeatedly, and helped produce an exhibition and catalogue, From The Far West: Carpets and Textiles of Morocco at the Textile Museum in 1980. The along with his daughter Brooke and Ralph Yohe, in 1994 he authored the fabulously well designed and successful Moroccan Carpets. 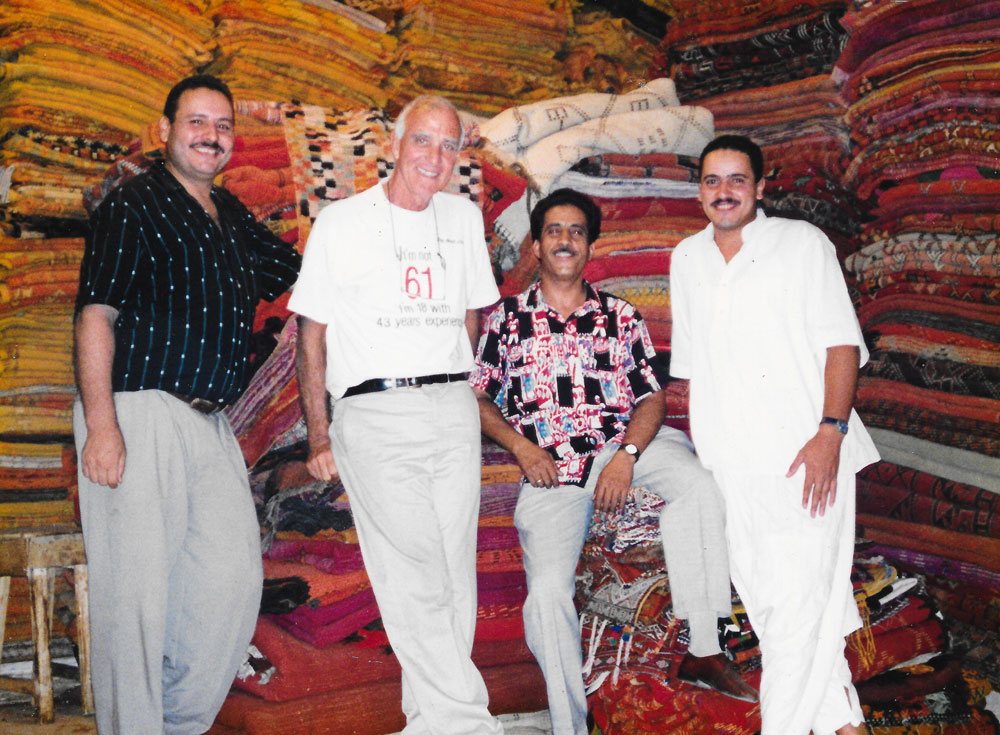 Russ Pickering and friends in Marrakesh

He also published what is said by some to be essentially a love letter to Joe McMullan, Don’t forget to smell the flowers along the way: Portraits of Joseph V. McMullan. The Near Eastern Art Research Center, originally set up by McMullan and subsequently run by Russ, was the vehicle through which many of the rug and textile books with which Russ was involved were published. He and his friend Harold Keshishian were the first recipients of the NEARC’s Joseph V. McMullan Award, recognised as the highest accolade in the field of Islamic carpets and textiles.

Russ was a sometime trustee of The Textile Museum in Washington. Donations from his carpet collection are in that museum and the Metropolitan Museum of Art. Smart, well educated, outspoken, and an iconoclast, Russ was an innovator, often pushing the edge. He will be very sorely missed. 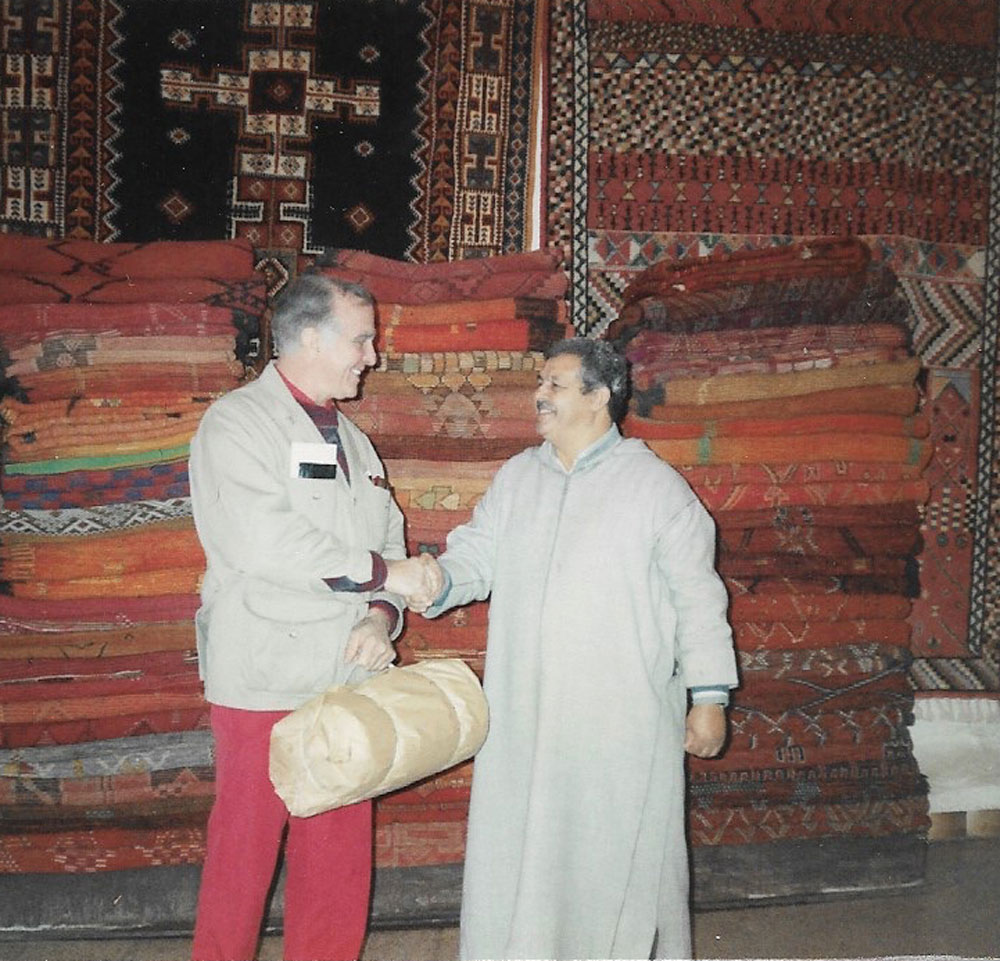 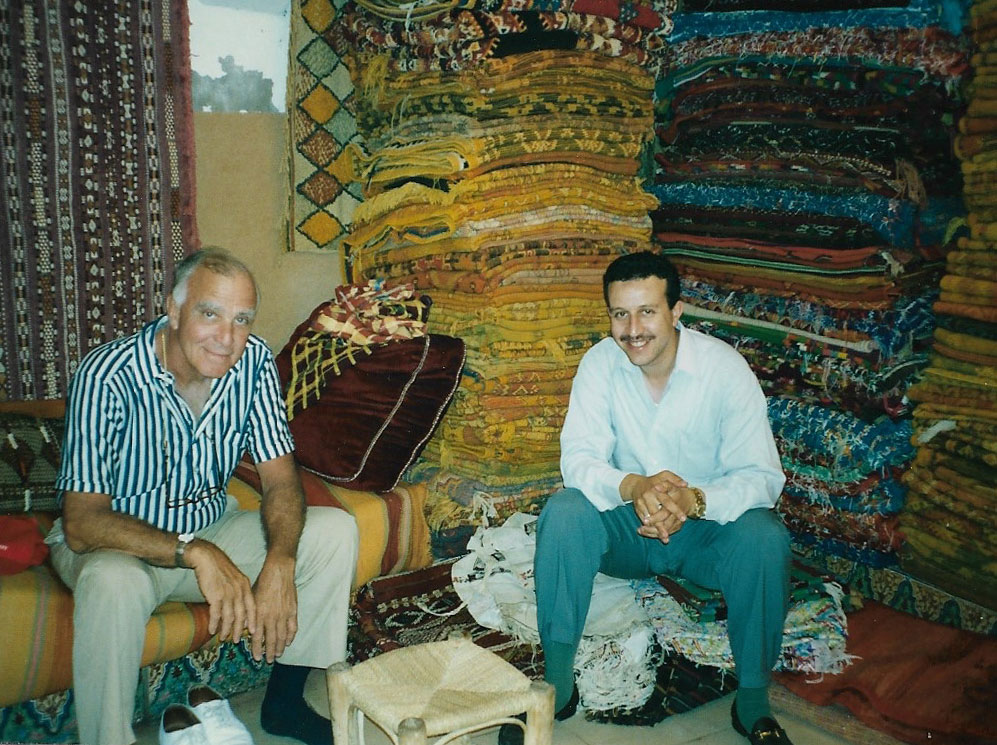