Netherhampton Salerooms’ auction of Carpets, Rugs and Textiles in Salisbury, England on 10 July 2012 includes the the second part of a European private collection of kilims. The first part, which contained some of the more decorative pieces, was included in their 8 December 2011. The present group of 35 pieces is almost all Anatolian, but includes one Kurdish kilim of possible northwest Persian origin and an large fragment of a Caucasian ‘banded’ kilim, exceptionally finely woven and with the most brilliant colours. Of the Turkish pieces, some of the rarest and most distinguished come from Konya and other major central Anatolian weaving areas. There is also an archaic Karapinar kilim with the so-called ‘stepped mihrab’ design and several superbly drawn half-kilims attributed to Aydin. 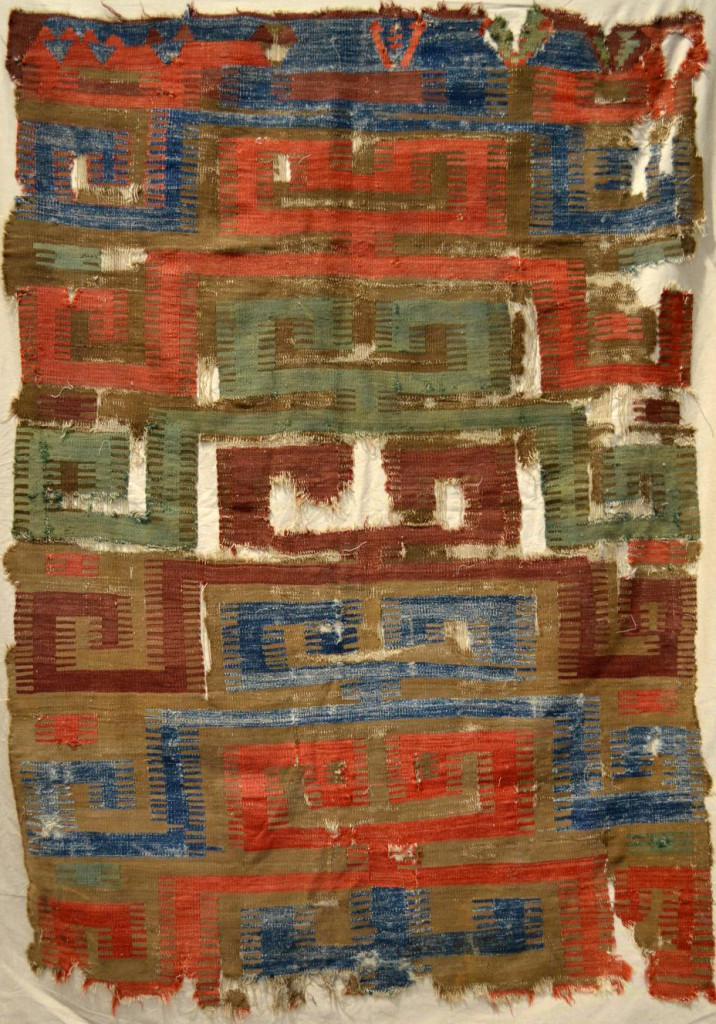 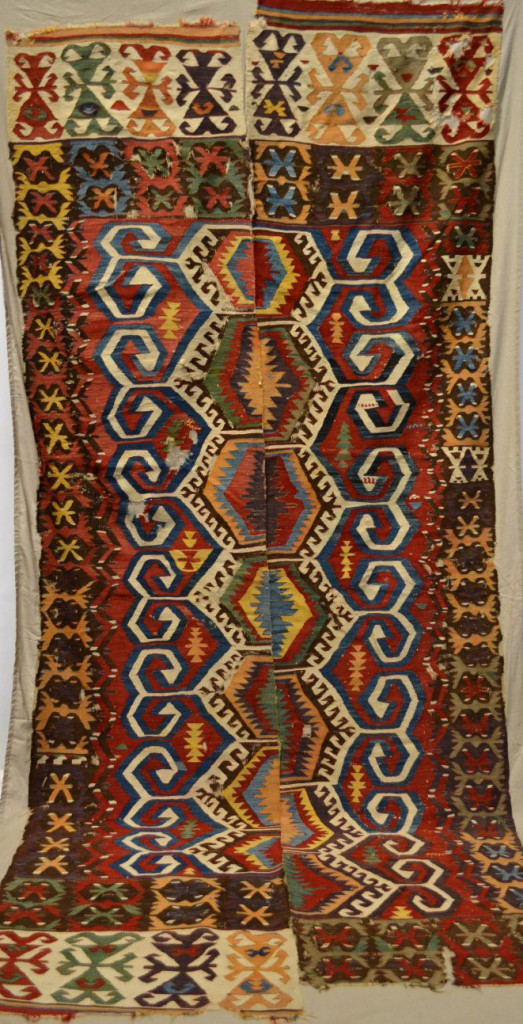 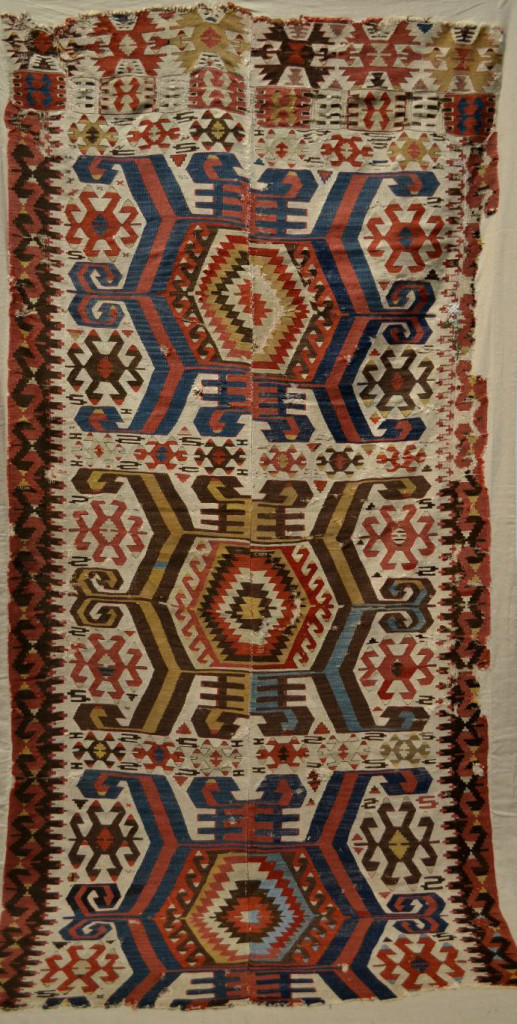 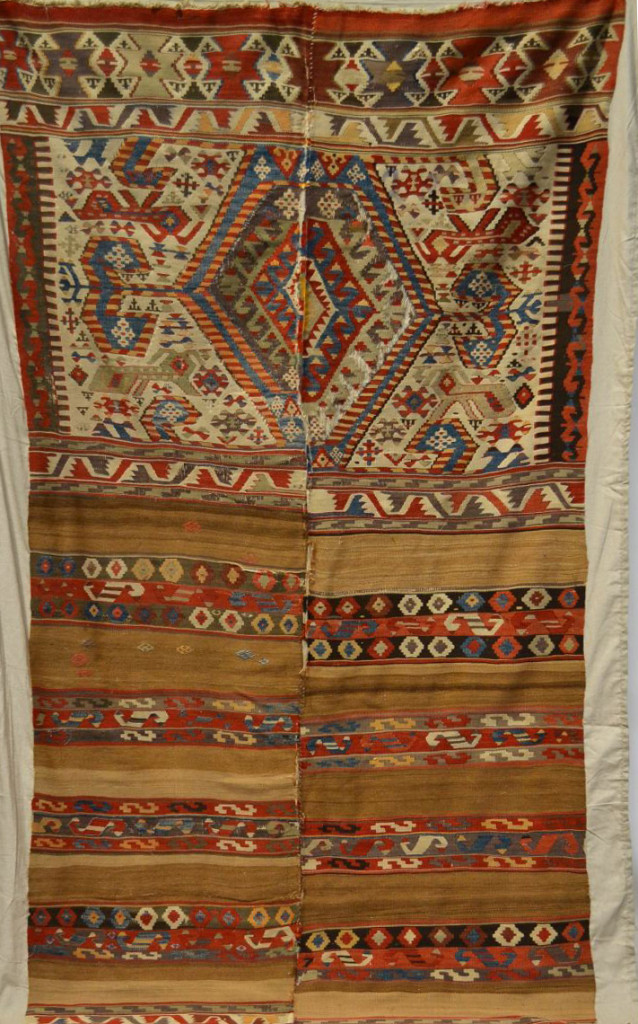 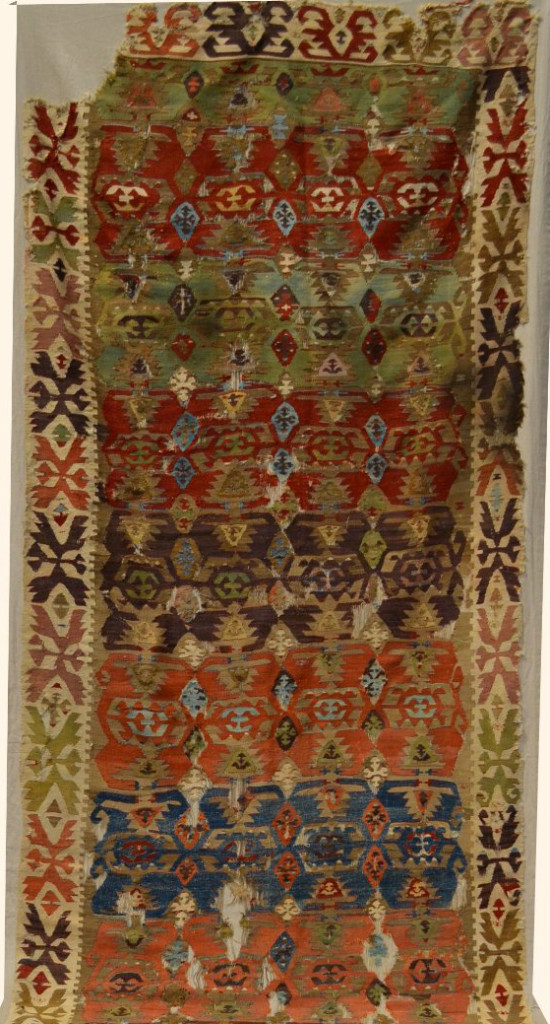 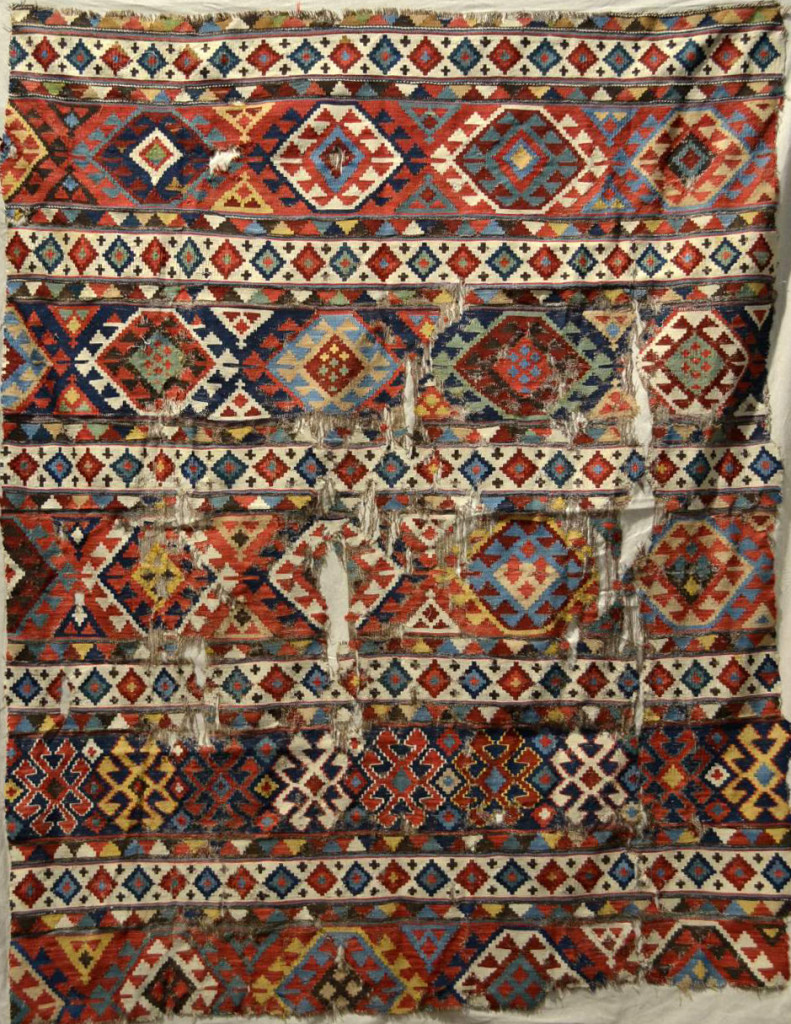