Kum Kapı Rugs from the Arkas Collection at TIEM, Istanbul

An exhibition of Kum Kapı rugs from the Arkas Collection opened on 5 October 2017 at the Turkish and Islamic Arts Museum (TIEM) in Istanbul, as part of the second annual Istanbul Carpet Week organised by the Istanbul Carpet Exporters’ Association (IHIB). 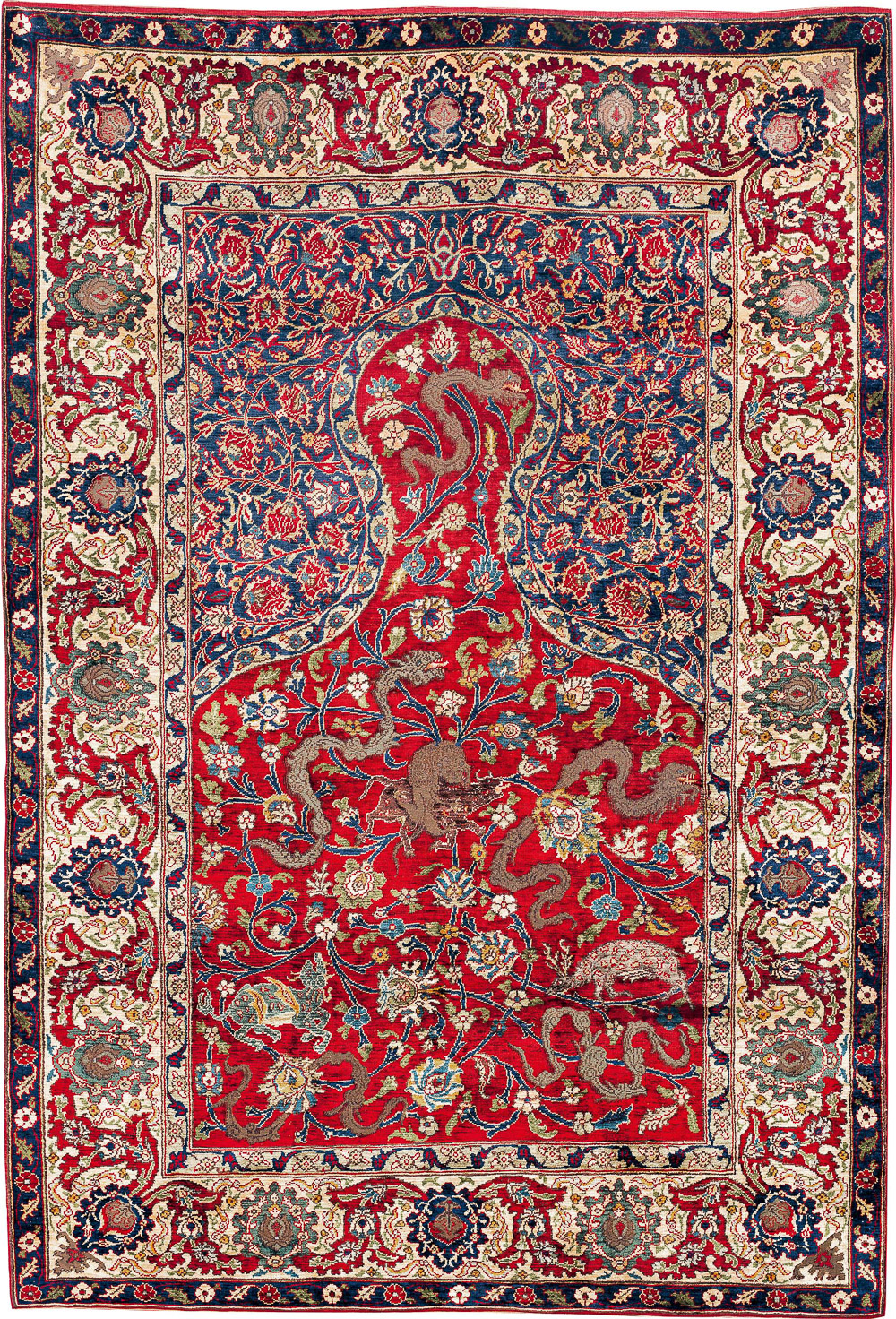 Regular themed exhibitions of works from the private corporate collection are held at the Arkas Art Center in Izmir, but this is the first to focus on this subject and to draw international attention to the largest collection of this rug type in the world. Showcasing thirty-two fine silk Kum Kapı rugs by masters such as Hagop Kapoudjian, Zareh Penyamin, Tosunyan and Garabed Apelyan, woven between the 16th and 20th centuries, the show is open until 20 November 2017 and is free to enter. 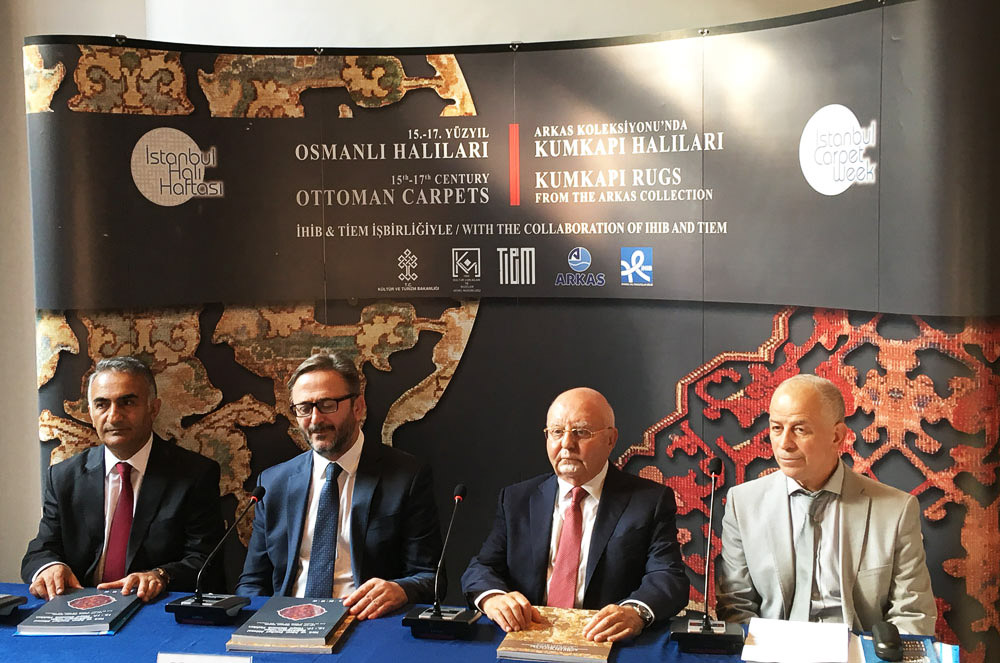 At the press launch, Arkas Holding President Lucas Arkas shared childhood memories of his own grandfather weaving at the loom and expressed his enduring love of carpets, which means that he commissions three or four new silk rugs every year, bringing tears to the eyes of a silk rug weaver in attendance. Similarly heartfelt messages were delivered by the TIEM Director Seracetin Sahin, IHIB representative Ahmet Diler and Coşkun Yilmaz, Professor of History at Marmara University. 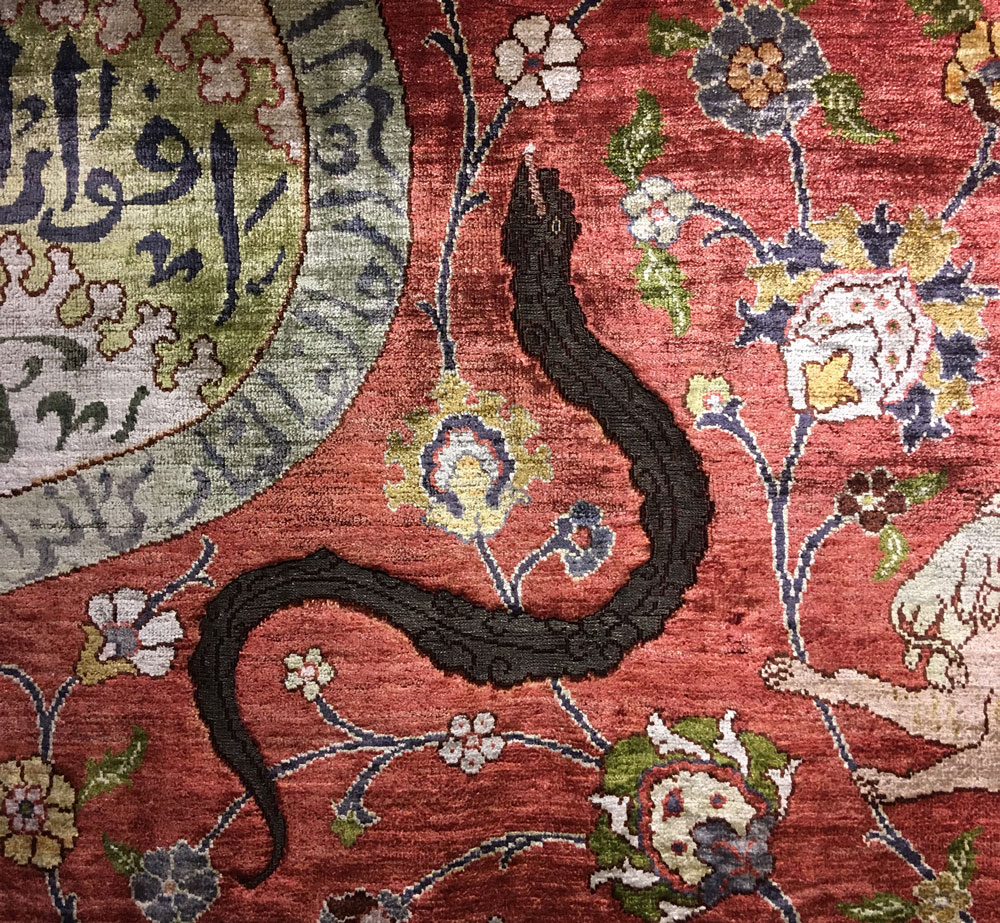 Two IHIB-sponsored catalogues were launched at the opening, recording this important show, as well as the TIEM’s newly enhanced IHIB-sponsored display of Seljuk and Ottoman rugs from the museum collection in two upstairs galleries.

Read more on both exhibitions in HALI 192. 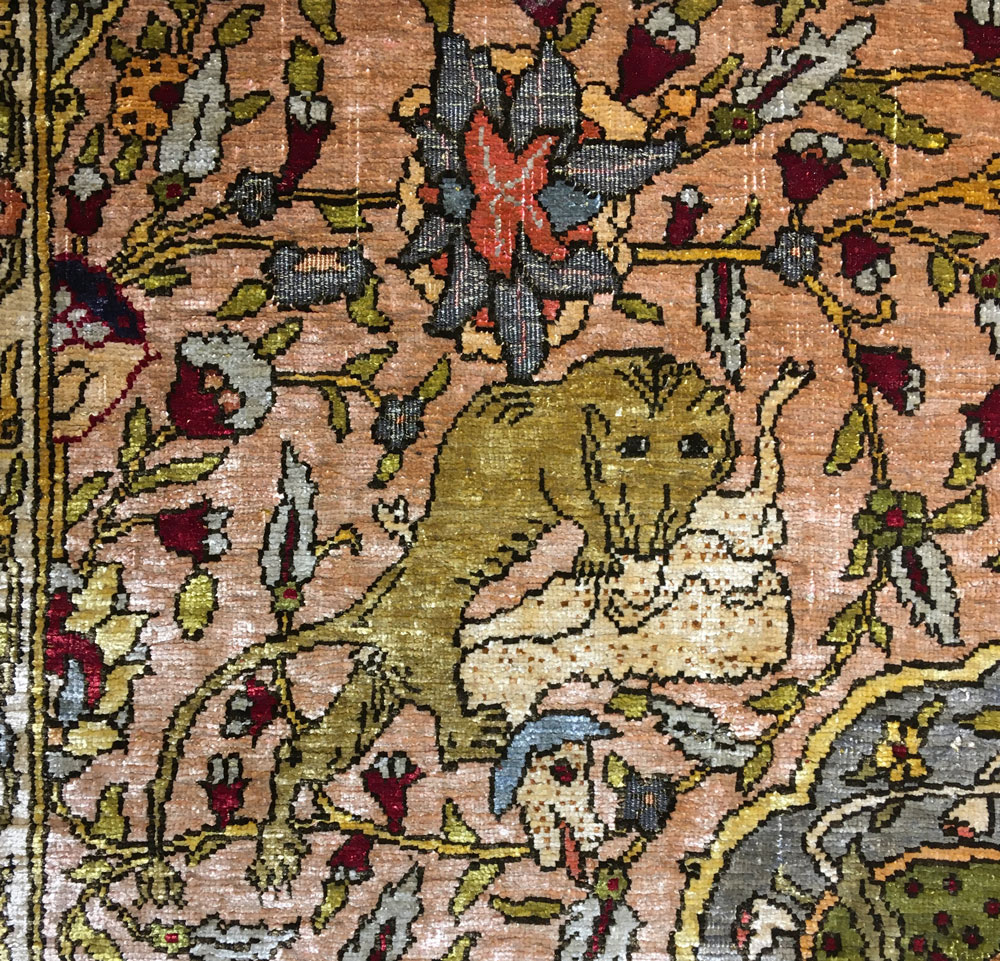 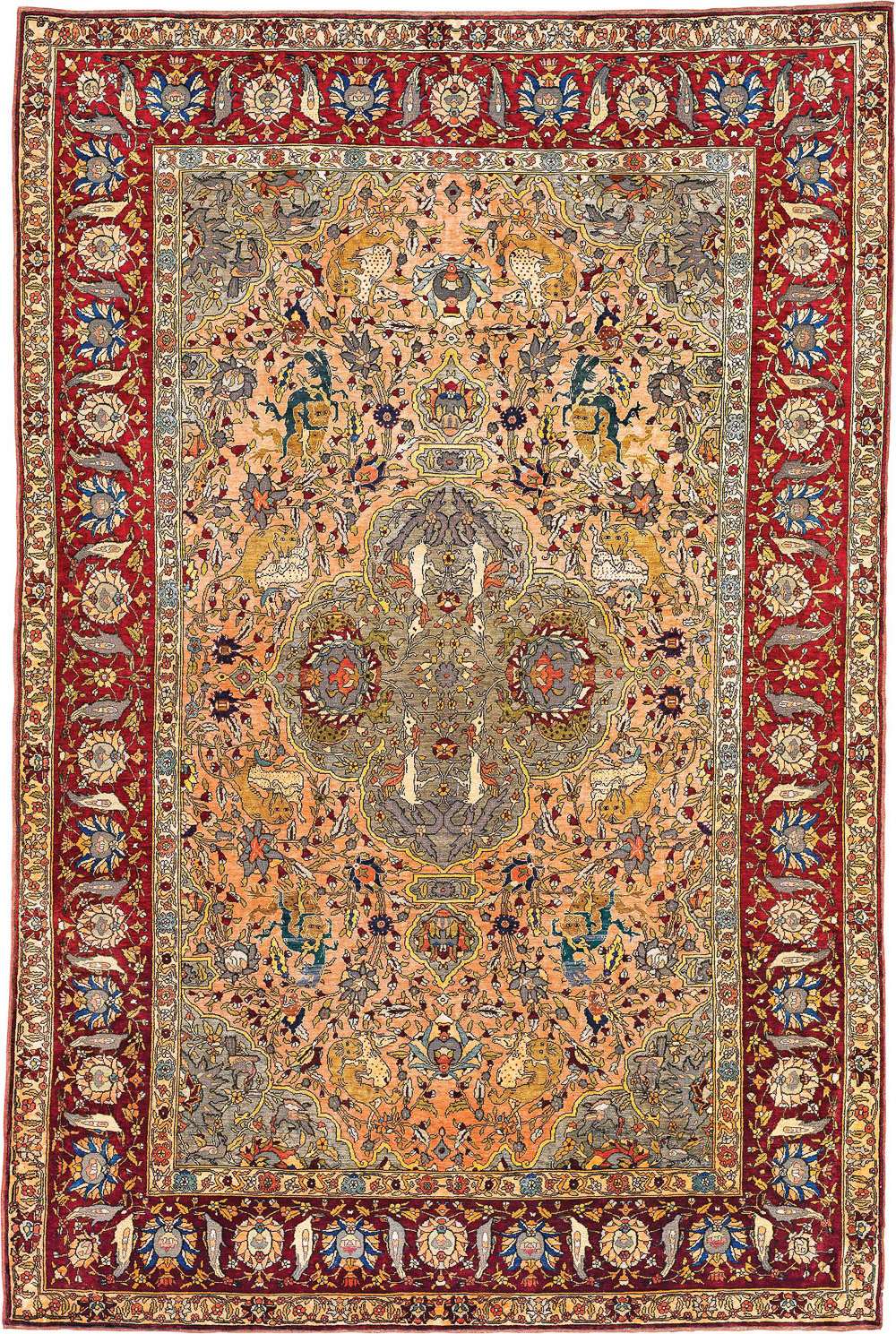