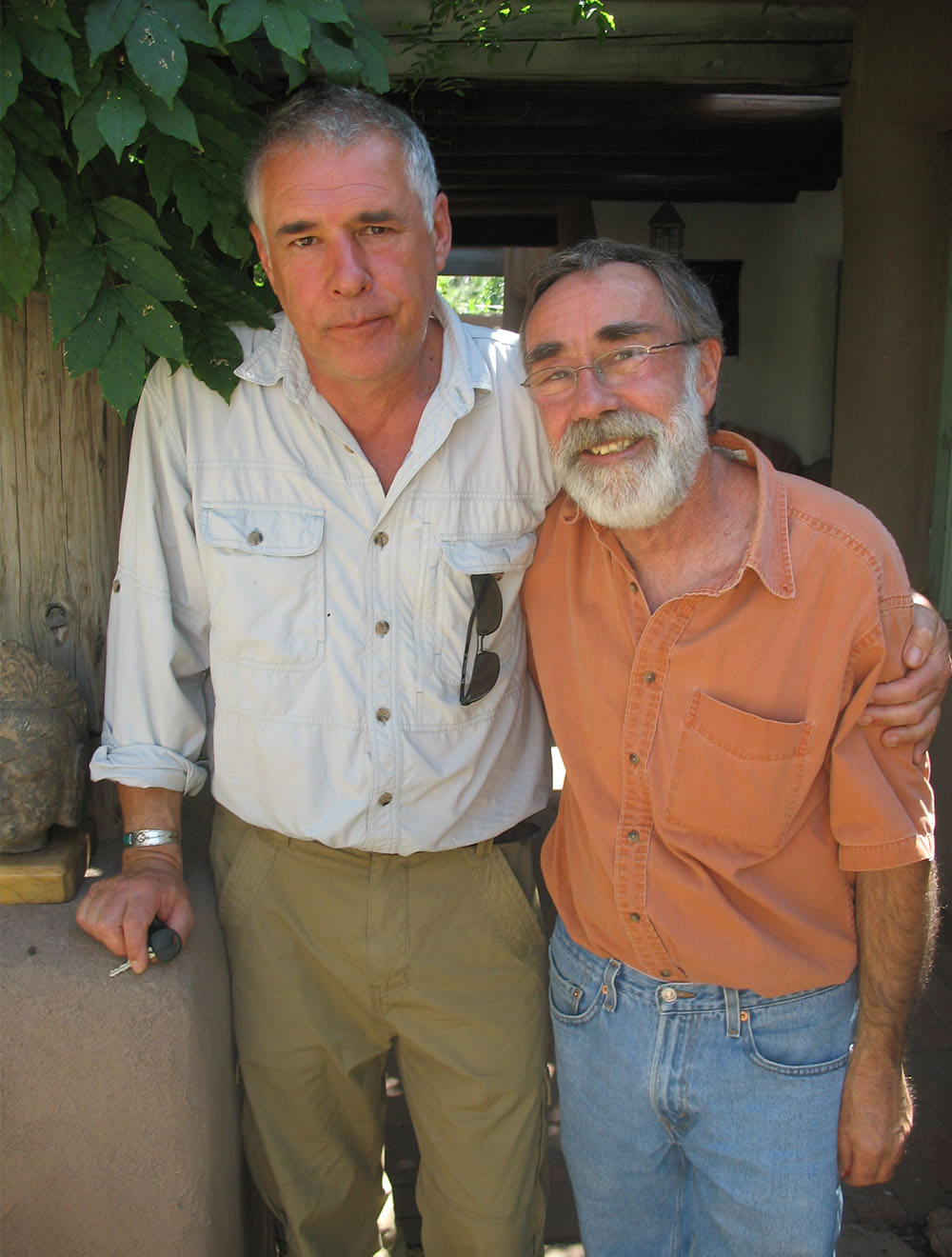 I can’t actually remember when or where I first met Chuck Paterson. Perhaps at that pivotal San Francisco 1990 ICOC or an early ACOR or one of the Tribal Art Shows, because he was at all of those events, ubiquitous with his open friendly smile, welcoming manner and unfiltered Camel in his fingers. In fact, I think it was in Turkey, which he visited regularly over the years that I first met him, drinking chai in a rug shop assiduously searching for the Anatolian kilims that he loved. Later, when the Soviet Union opened up, he became fascinated with the kilims of Daghestan and formed an important collection which he exhibited in the seminal exhibition ‘Dums and Davaghins’ at the Denver ACOR in 1994. It was after he moved to his beautiful adobe house in Santa Fe that our friendship developed and with his generous hospitable nature the house soon became a meeting place for visiting dealers, collectors, friends and the unofficial HALI (Southwest) HQ. I became a frequent guest and with his undiminished sense of adventure he was always ready to load up his battered four-wheel drive and together we would explore the wide horizons of New Mexico and the Navajo Nation. With his laid-back nature and keen interest in the people and places we visited he was the best of travelling companions. Always ready to see the humour in any situation, he never had a bad word for anyone, and I have never met anyone who didn’t like him. A life well lived, Happy Trails Pard!