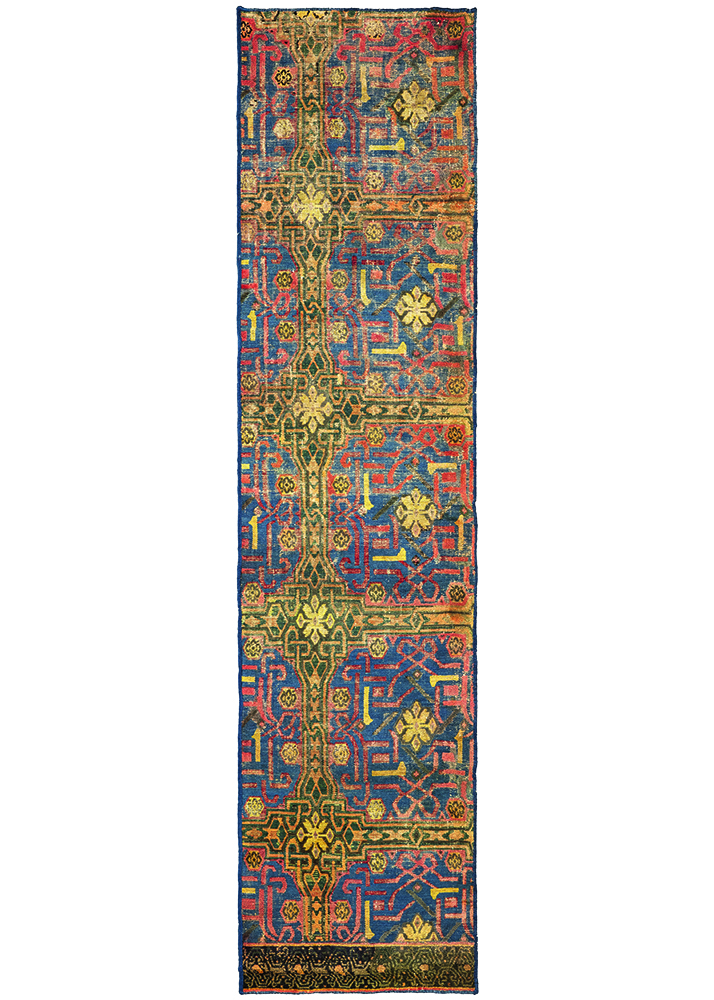 Spanish carpets and Spanish ceilings: John Mills weaves together the strands of a story prompted by the reappearance at an auction of a fragment of a late 15th-century Mudéjar carpet.

A long fragment of a 15th-century Spanish carpet from the Christopher Alexander Collection was recently sold at Sotheby’s in London. It had once been joined by a narrow strip of re-weaving to a slightly larger fragment, latterly in the Wher Collection, the whole making up a piece approximately 259 cm long by 163 cm wide, when it was published by Ian Bennett in 1977 (Rugs and Carpets of the World, p.6).

Another large fragment (1.85 x 2.9 m) of the same carpet, said to be the upper section, is in the Museum für Kunsthandwerk in Frankfurt, Germany. The side borders have not survived, but evidently, the original carpet must have been fully six metres long and was surely a commissioned piece. These made-up fragments belonged, in the 1930s, to Graf Johannes von Welczeck, and were loaned to and exhibited in the Islamic Museum, Berlin. 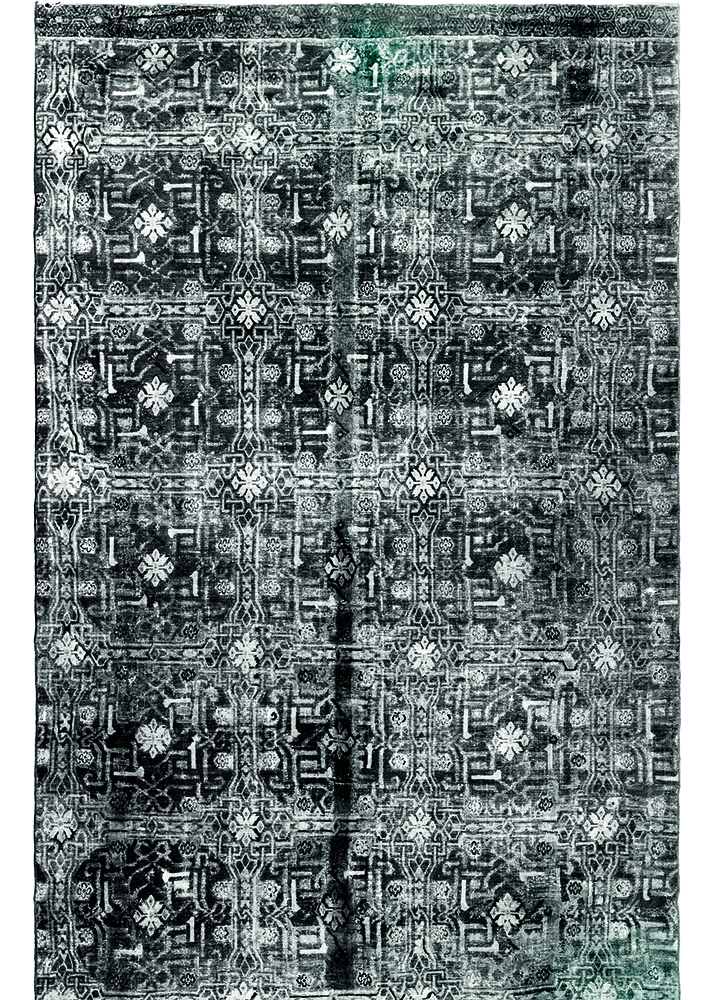 In 1933 a major exhibition of Spanish carpets was held in Madrid. The catalogue by José Ferrandis Torres, Alfombras Antiguas Espanolas, remains one of the foremost contributions to our knowledge of the subject. Graf von Welczeck was then the German ambassador to Madrid and a keen collector of Spanish rugs. His name heads the organising committee list and he loaned no fewer than thirty of the ninety-four rugs in the catalogue, twenty-two of the thirty being illustrated. All of these seem now to have vanished from scholarly cognisance. José Sanchez Ferrer reproduced thirteen of them in his book Alfombras Antiguas de la Provincia de Albacete (1986) without being able to update their ownership or location.

The fragments under discussion here were not included in the Madrid exhibition and we do not know when or from where von Welczeck acquired them. With the rise to power of National Socialism in Germany, von Welczeck was recalled, by which time he must have owned the fragments if they were to be exhibited in Berlin for the remainder of the decade. There is no need to follow his career further, apart from saying that after other postings he was retired from the diplomatic service in 1943 and apparently returned to Spain at some point after the war, dying in Marbella in 1972. 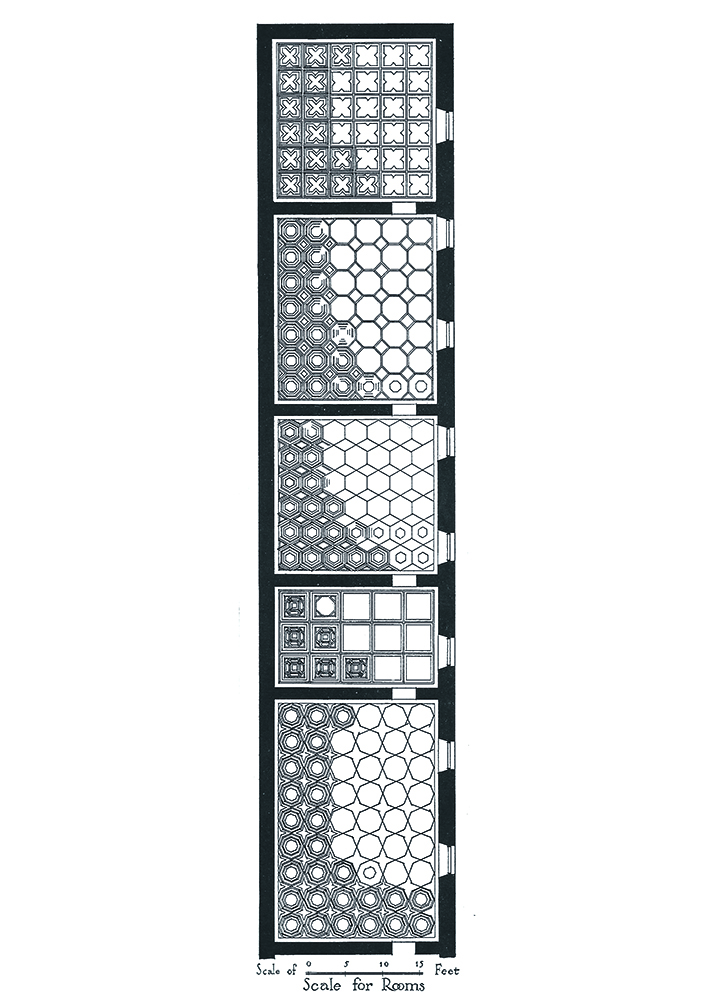 Visitors to Spanish churches, monasteries and palaces will very often, if they have looked upwards, have noticed the amazing carved and painted ceilings. These masterpieces, known as artesonados, have been largely neglected by art historians (possibly because they cannot be collected or transported for exhibitions and are challenging to photograph). The only major work on them in English is the portfolio of photographs, with commentaries, by Arthur Byne and Mildred Stapley, Decorated Wooden Ceilings in Spain, published for The Hispanic Society of America in 1920.

Like the so-called ‘Admiral’ armorial carpets of the 15th century, these ceilings are prime examples of Mudéjar art and artisanship, that is the work of those Muslims who remained in Spain after the Christian reconquest. They retained their techniques but allowed themselves a greater freedom of imagery, even human imagery, to suit their Christian patrons.

With the earliest of the surviving ceilings (that in Teruel Cathedral being the prime example), it is the inside of the roof and the tiebeams that are decorated. Later the roof space was separated from the chamber below by a horizontal, deeply coffered ceiling which could follow a range of geometric designs. Looking at these ones is often struck by their similarity to those of many Spanish carpets. Is this accidental or deliberate? I believe the latter.

One of the commonest ceiling designs is of square coffers containing an octagon – the basic layout of the so-called large-pattern Holbein carpets. The Turkish examples of these carpets are usually dated to the later 15th or early 16th centuries, yet Spanish carpets following that layout have quite often been given earlier datings. The significance or otherwise of this apparent anomaly can only be assessed when truly accurate dates are established. 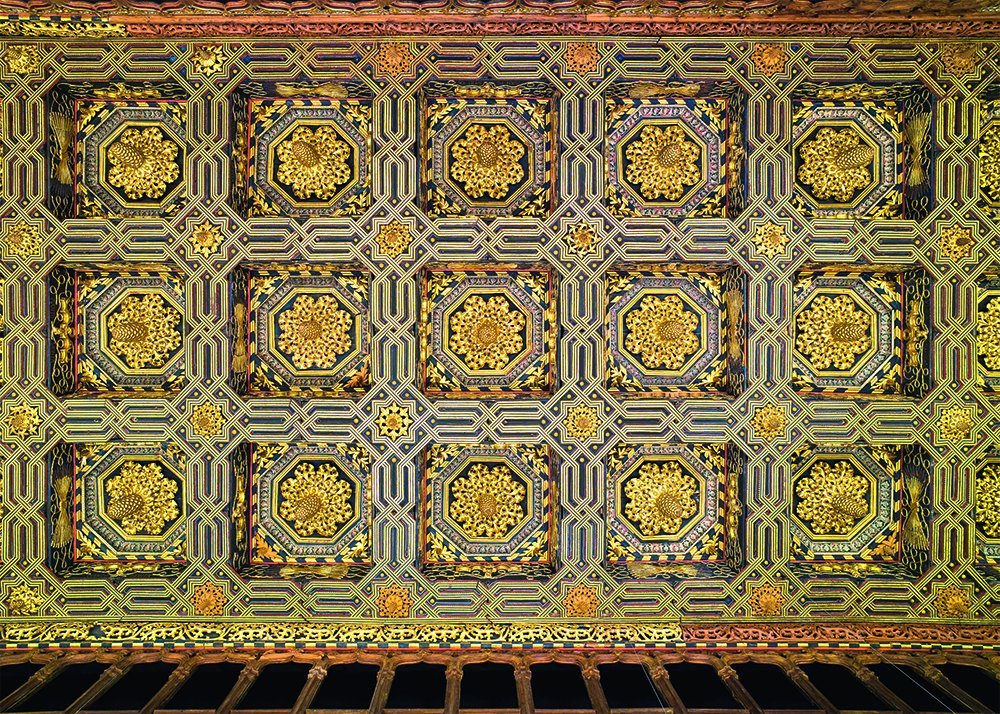 The coffered wooden ceiling of the throne room in the Palace of the Catholic King and Queen in the Aljafería (Moorish fortress), Zaragoza, Spain, completed ca. 1493–95

Other ceiling designs come close to the geometrical patterns found on the ‘Admiral’ carpets, which were carefully delineated in 1986 by May Beattie (Oriental Carpet & Textile Studies II, Carpets of the Mediterranean Countries 1400–1600, pp. 271–289). A range of rooms with these varied designs was once in the Archiepiscopal Palace in Alcalá de Henares, the university town to the northeast of Madrid. The palace was totally destroyed by fire during the Spanish Civil War (1936–39), but fortunately, Byne and Stapley had documented the ceilings to some degree and included a diagram of their patterns. Other examples of ceilings in these designs survive elsewhere. I pass now to the sublime ceiling of the throne room in the Aljafería (Moorish fortress) in Zaragoza. Its design surely relates closely (making allowances for the totally different media) to the carpet fragments under discussion.

The history of this building extends over many centuries and I can mention only salient points. The Zaragoza region came under Arab Muslim control in 713. In the early 11th century, with the decay of the Umayyad Cordoba Caliphate, an independent taifa kingdom came into being there and successive rulers built and elaborated an Islamic pleasure palace, part of which remains in the present structure. 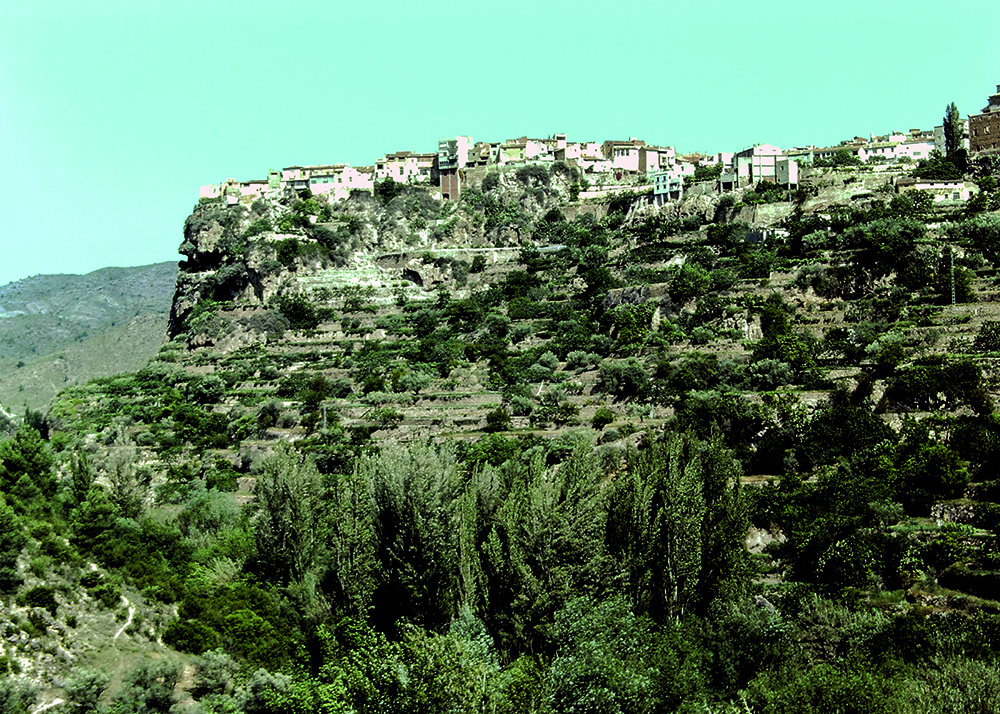 In 1118 Zaragoza came back under Christian control. For 250 years the Aljafería went through phases of refurbishment and decay, but in 1469 came the marriage of Isabella of Castile and Ferdinand of Aragon which, in the next decade, led to the unification of their two kingdoms. In 1488 the construction of a magnificent palace was started with a team of Mudéjar builders and craftsmen led by one Faraig de Gali. The decoration of the throne room was ordered in 1493 and in 1495 a German traveller, Jeronimo Münzer, reported that the works were complete.

Still surviving in this and other rooms are fragments of the original tiled flooring in designs which reflect those of the ceilings. The walls of the throne room were left undecorated and textiles or tapestries will have been hung on them. A grand carpet will certainly have been commissioned and I here propose that our three fragments could be the sad remains of it. Clearly what I have written does not constitute proof; I can only hope that one day the source of these pieces will come to light.

Finally, where might such a carpet have been made? The conventional answer is Alcaraz, but there are other possibilities such as Liétor and Hellín. The latter is rarely mentioned in this connection, but Sanchez Ferrer is interesting on the point. The Catholic kings were favourably disposed towards the town as it had taken their side in a war with a rebellious count. This favour also extended to the Moorish inhabitants and in 1488 they confirmed them with certain privileges and liberties. In 1490 they wrote to the governor wanting to know why one Rodrigo de Valcarcel had been exiled (desterrado) and so was unable to get on with making certain carpets they had ordered from him. Mentions of gifts of carpets from the Moorish community follow. This is all very suggestive but again yields no proofs. We must leave it there.