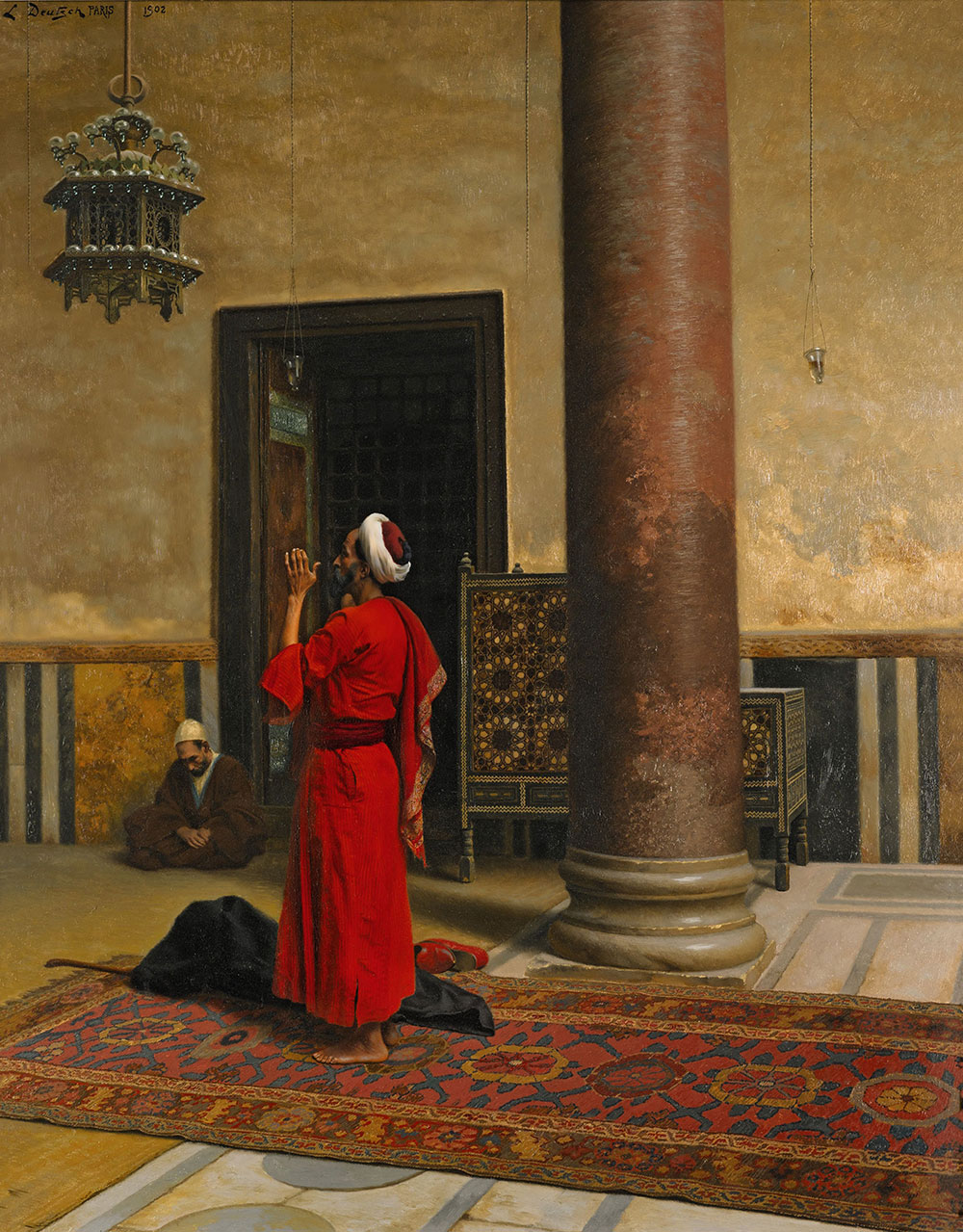 The top lot of Sotheby’s London recent (19 April 2016) Orientalist sale is a work by Austrian academic painter Ludwig Deutsch, whose work regularly fetches high-six figure sums, selling for £545,000. Titled Morning Prayers, the oil painting features two men praying in a mosque somewhere in the Muslim world; Deutsch travelled and collected photographs and Islamic objects in Cairo. The main figure has shed his cloak and kicked off his shoes, turning to face the mihrab indicating the direction of the Kaaba, in order to begin the raka’ah, or prayer sequence. With naked feet he stands on a northwest Persian, probably Kurdish, long rug with a mina-khani blossom and trellis design.