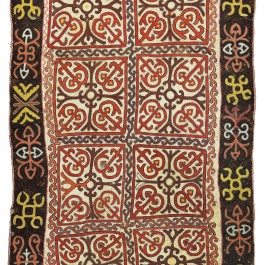 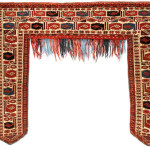 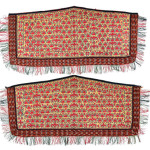 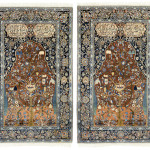 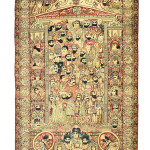 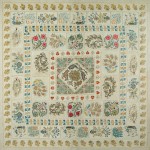 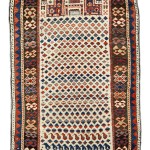 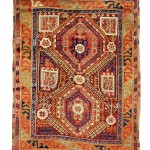 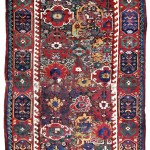 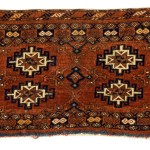 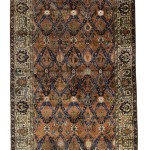 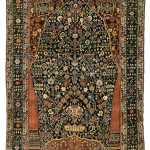 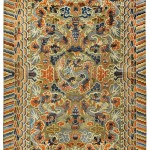 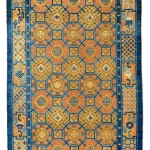 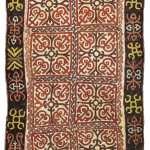 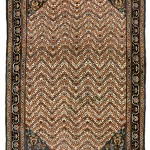 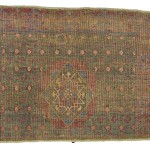 Whether we can attribute the high quality of Nagel’s September sale exclusively to the return of the much-liked and well-known carpet expert Kat Mäckle is unclear but what is clear is that the Stuttgart auctioneers are set to enjoy a successful sale in a few days time. A browse through the catalogue suggests a number of sleepers within the 339 carpets and textiles offered. There are a high number of quality lots from private collections, many of which in excellent condition and priced to invite plenty of bidding activity.

The sale starts with a strong selection of Chinese and Xinjiang region carpets from a number of collections, including several silk and metal thread carpets of the type favoured by the Imperial household to furnish the Forbidden Palace, soon followed by a collection of Greek island textiles. Interestingly though there are a number of good Persian revival period carpets from private sources such as a pair of Kashan Mohtashem rugs (lot 139), through to an equally fine Kerman ‘leaders of the world’ carpet onto a beautifully drawn and proportioned millefleurs design Qashqa’i prayer carpet. The largest collection represented though is that of the collector Moritz Hillebrand, whose broad interest in ethnographic weaving eventually settled on the rugs of Afghanistan and Central Asia. The rugs and bags offered come with his handwritten labels with structural analyses and notes, and include a number of much desired torbas at unprecedented prices–many of which are purposefully not posted here so as to allow readers the fun of the chase. To see the online catalogue click here