For most of the next year the Arlene and Arthur Holden Textile Gallery at the Cleveland Museum of Art is the setting for an installation of a Persian ‘Rasht-work’ round tent, with inscriptions, made for Muhammad Shah Qajar, who ruled Iran from 1834 to 1848.

Tents were symbols of royal power and prosperity at Islamic courts; wealthy dynasties owned countless tents in various shapes and sizes. They were often presented as luxurious gifts, but also pitched for imperial ceremonies and military campaigns, and while travelling. 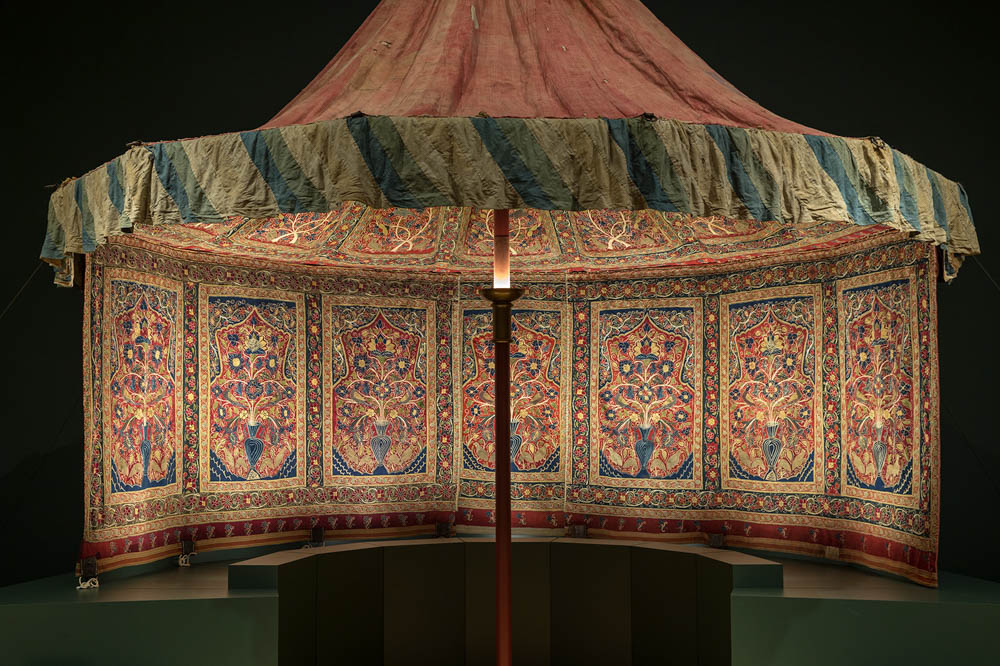 The CMA’s recently acquired tent retains its complete ceiling, with each roof panel displaying birds flanking the base of blossoming branches. Seven of the original fourteen wall panels form a semicircle, which allows visitors to see and enter the ornate interior. Two beautifully inscribed cartouches are incorporated in two of the wall panels. 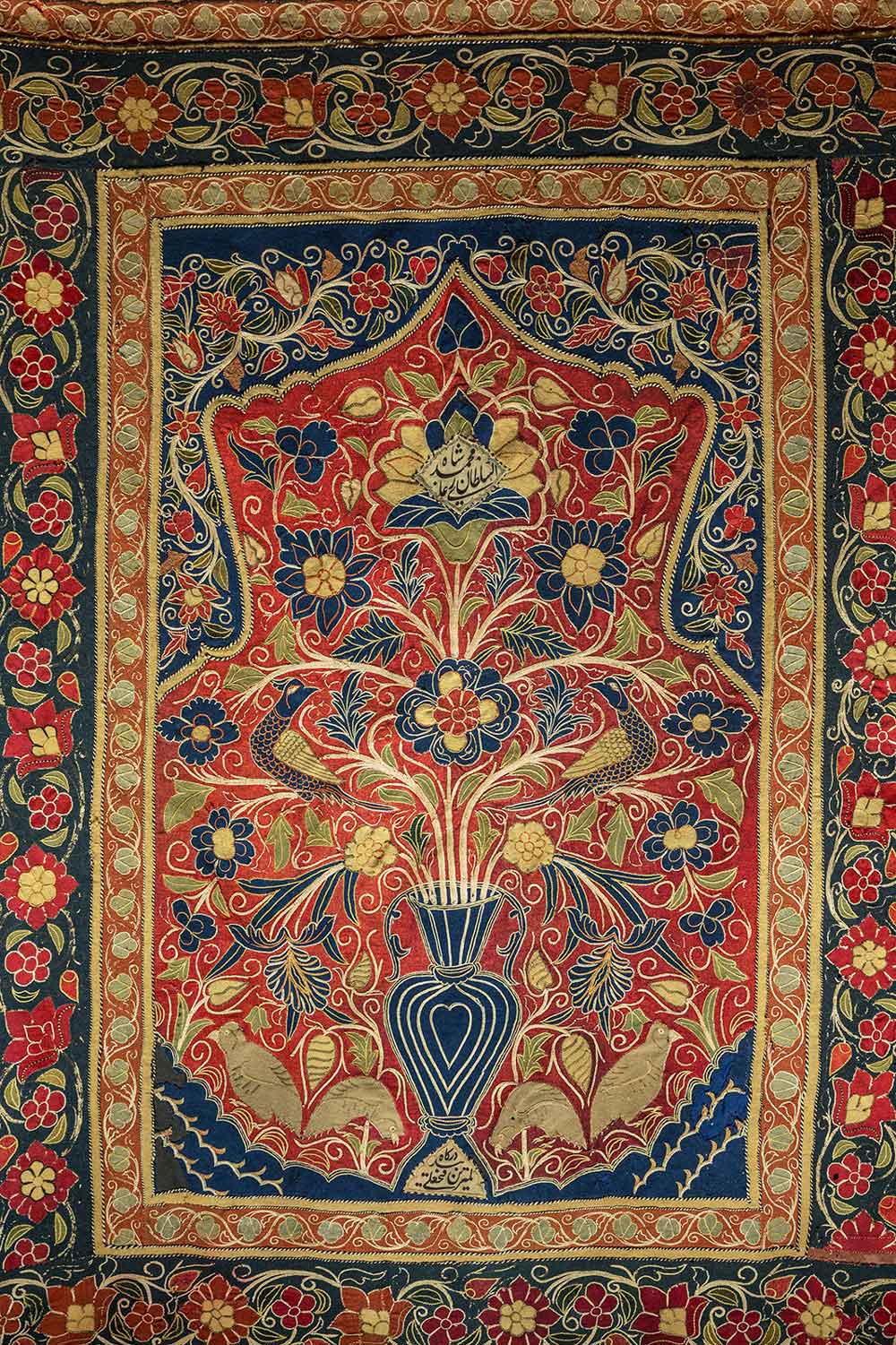 Created from brilliantly coloured inlaid woollen cloth embellished with silk-thread embroidery, each interior wall panel is decorated with a single large vase of exuberant blossoms set between robust birds on a rocky mound under a niche with blossoming vines. The exterior, in contrast, is covered with a plain red cotton cloth. 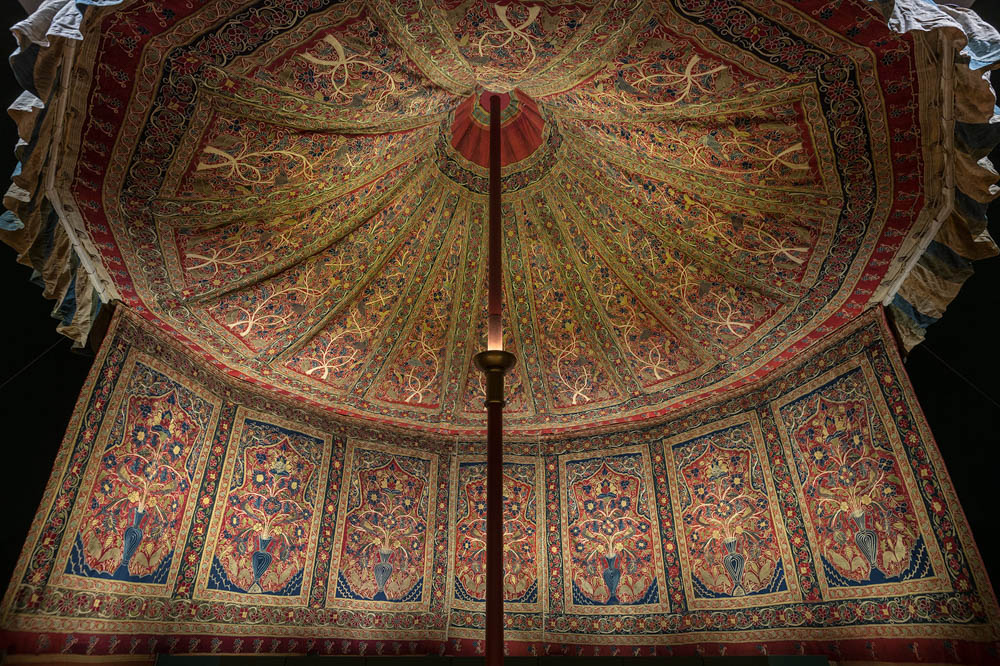 The exhibition includes a portrait of Muhammad Shah and a video with images of the Qajar royal family and courtly life, contextualising the times in which such tents were commissioned and used. Until 26 June 2016.