‘Ramayana, Indian Miniature Art from the National Museum, New Delhi’ offers an opportunity to savour the art of the miniature at The Cinquantenaire Museum, Brussels until 18th May 2014. The exhibition consists of 101 miniatures from the collection of the National Museum. Together, these illustrate the entire story and provide a review of the major schools that, between the sixteenth and nineteenth centuries, worked the Ramayana into their imagery.

The Ramayana is one of the classic Hindu epics of India- a story of courage, loyalty, friendship and justice with deep religious significance which has been a great source of inspiration for artists throughout the centuries. Originally written in Sanskrit by the poet Valmiki more than two thousand years ago, the Ramayana tells of the many adventures and ordeals endured by the Rama during his fourteen years of exile. Banished to the forest, a long and laborious search for his beloved wife Sita who has been abducted by the cunning ten-headed demon king Ravana ensues, with help from his half-brother Lakshmana and an army of monkeys led by the monkey general Hanuman.  Many Indians see the hero Rama as a deity and still venerate him as one of the ten reincarnations of the god Vishnu.

The epic was a favourite theme among Rajasthani and Pahari painters and in 1588 a Persian transcription was commissioned by the Emperor Akbar along with a series of miniatures depicting the tale by artists of the Mughal court. These, along with other great Indian examples are shown in this exhibition and display great mastery in the unique technique of miniature painting. 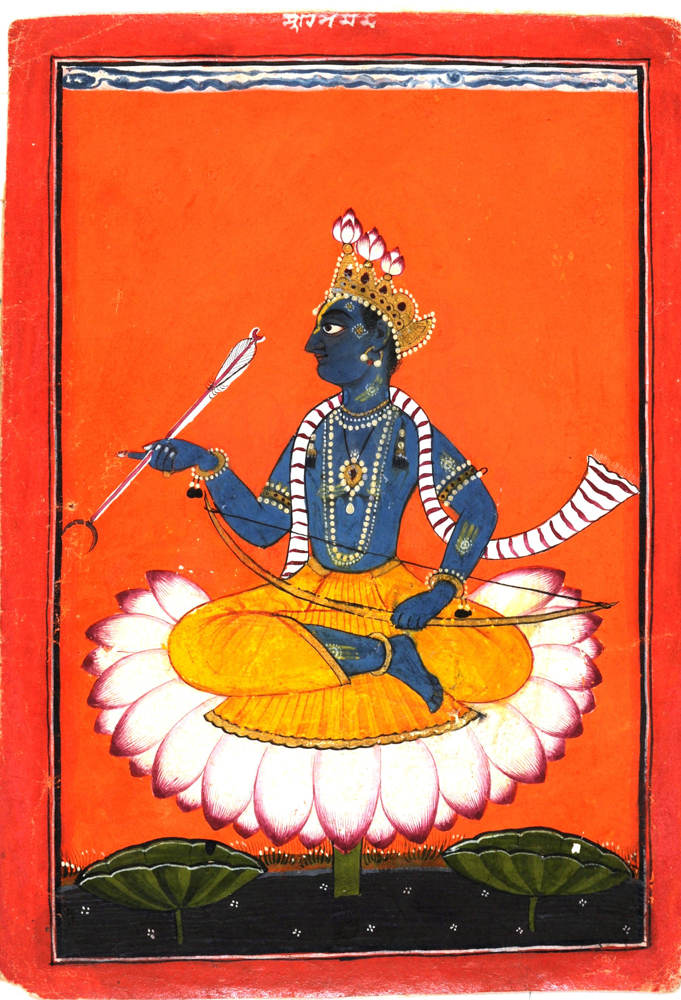 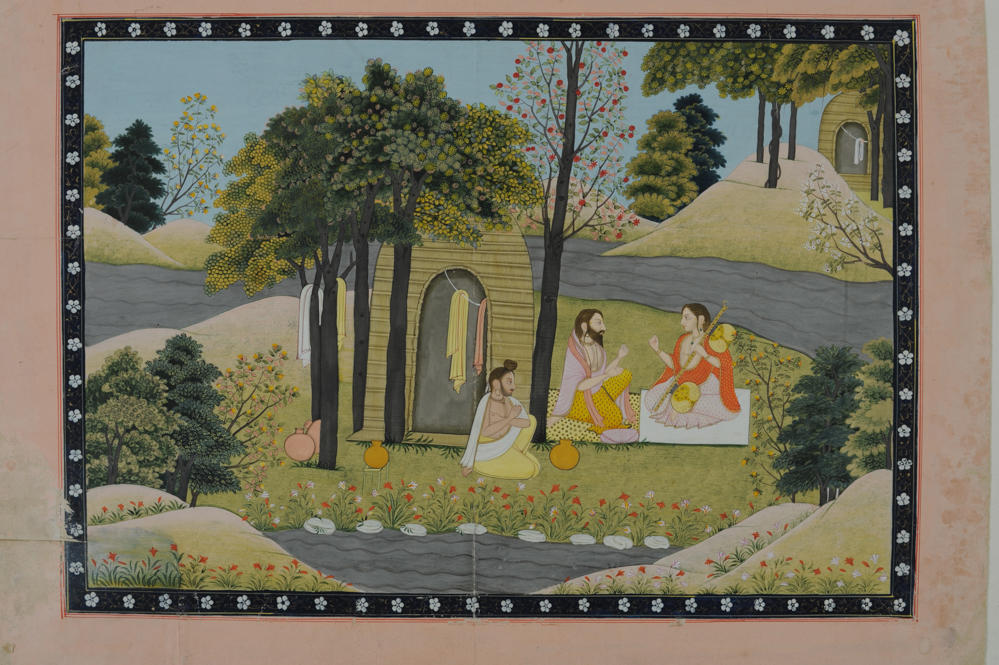 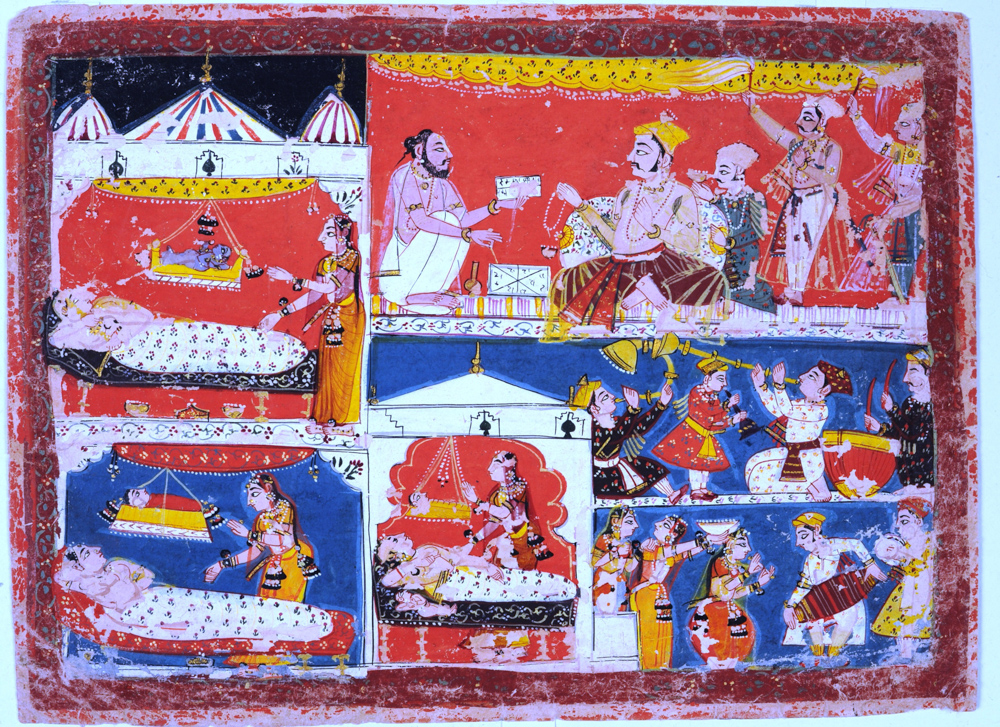 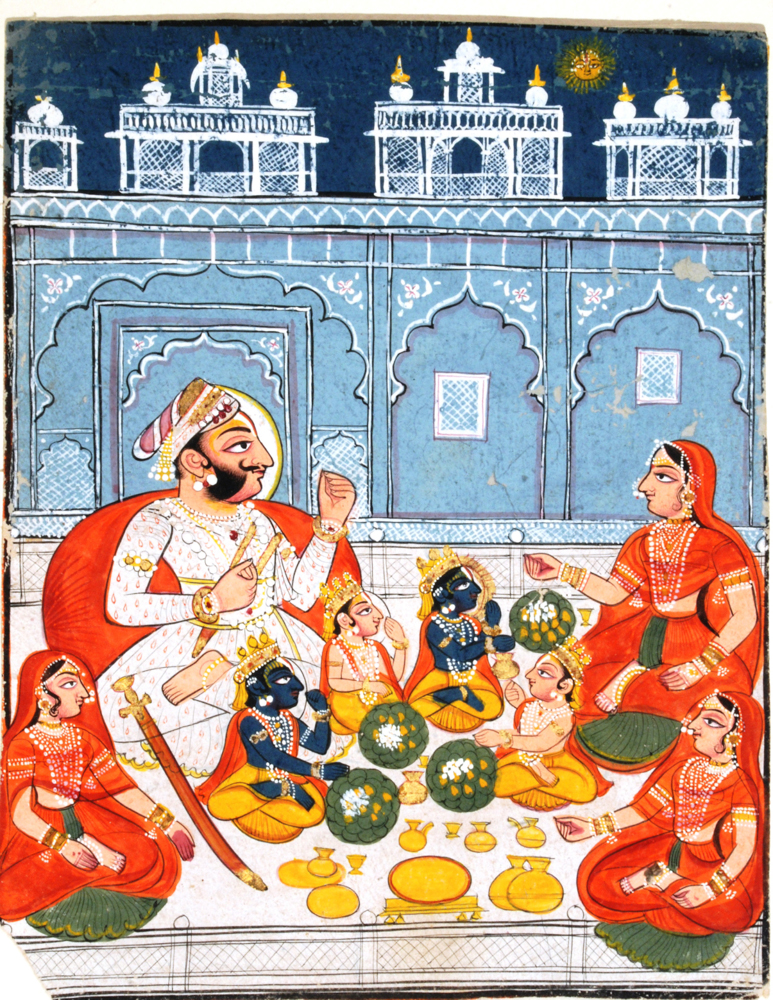 Rama and his brothers enjoying their food in the company of Raja Dasharatha and his three queens in the palace of Ayodhya
Kotah style, Rajasthan, late 18th century
Paper, 28.5 x 22 cm 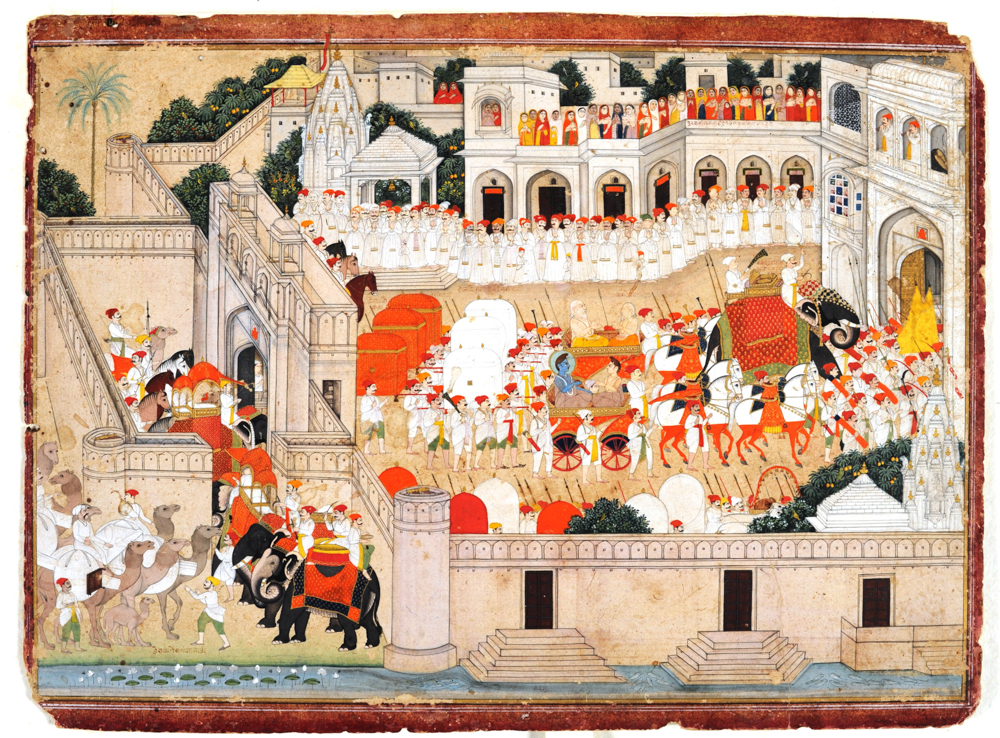 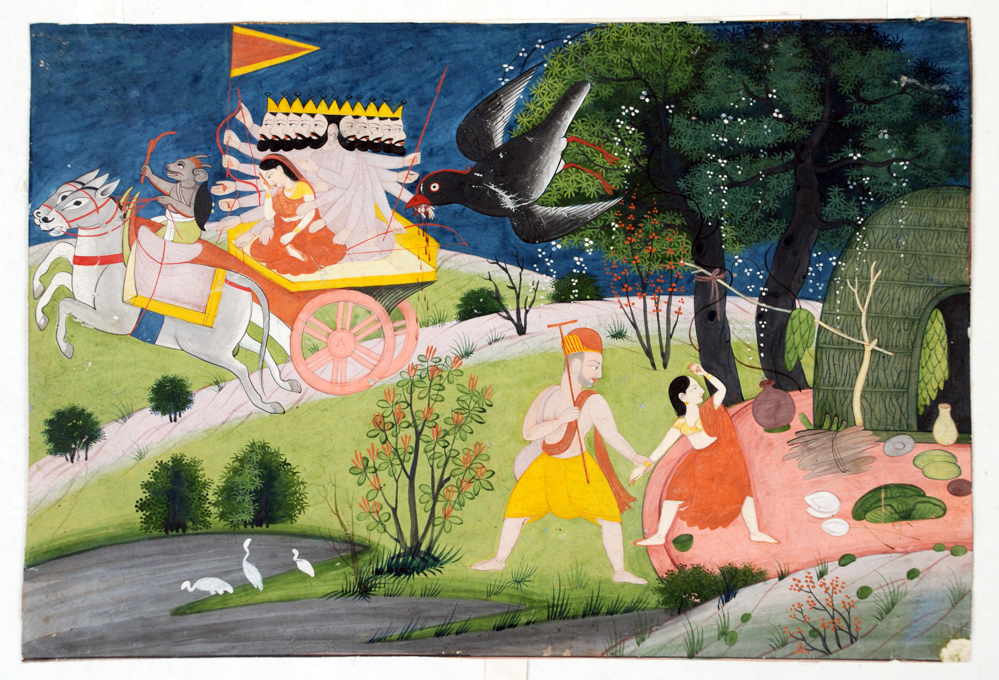 The abduction of Sita by Ravana from Panchavati and the bird Jatayu who tries to save her
Chamba style, Pahari, late 18th century
Paper, 23 x 33.8 cm 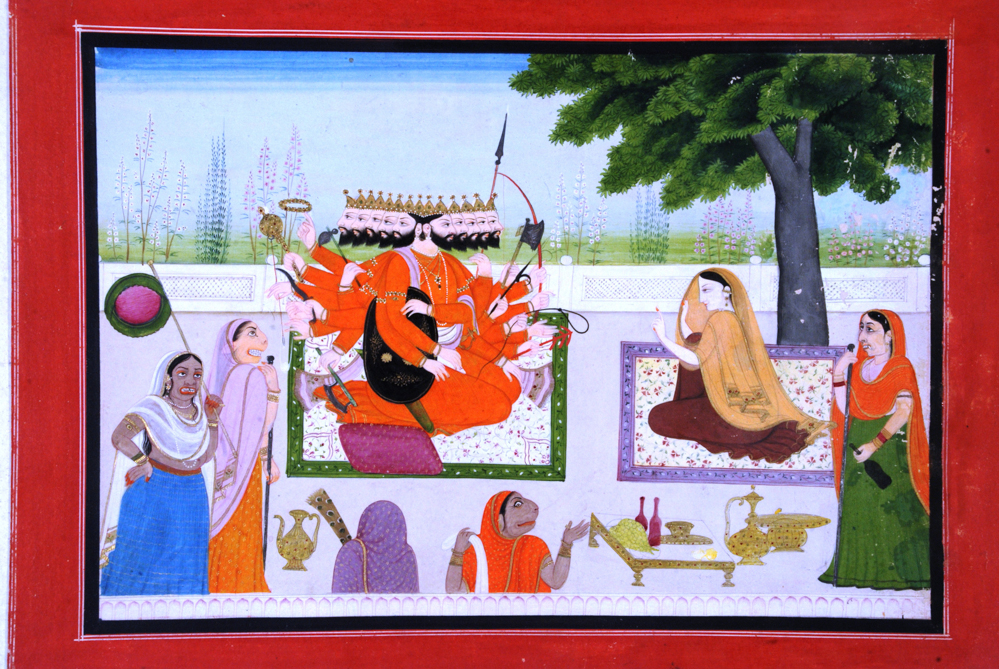 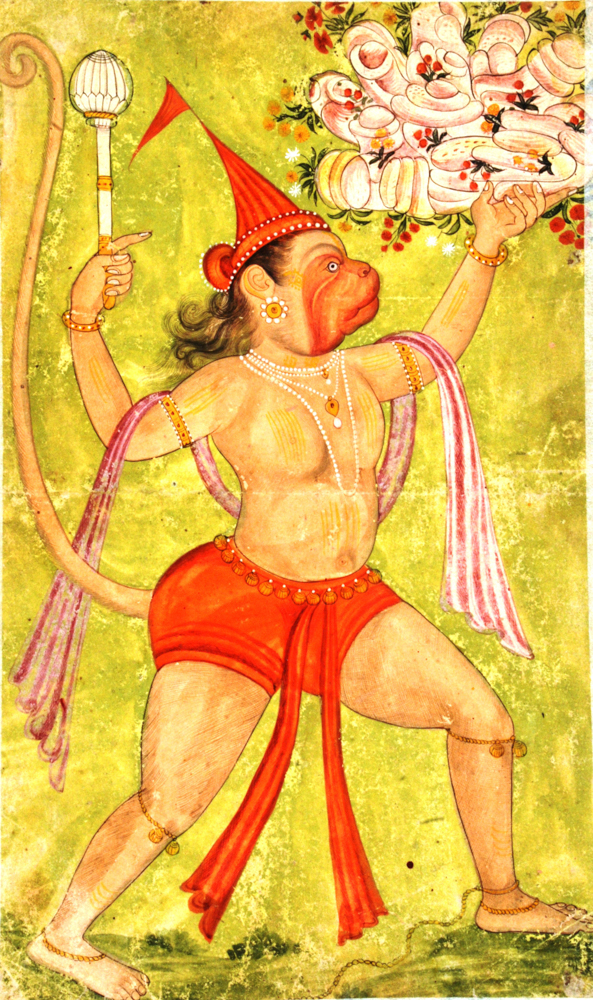 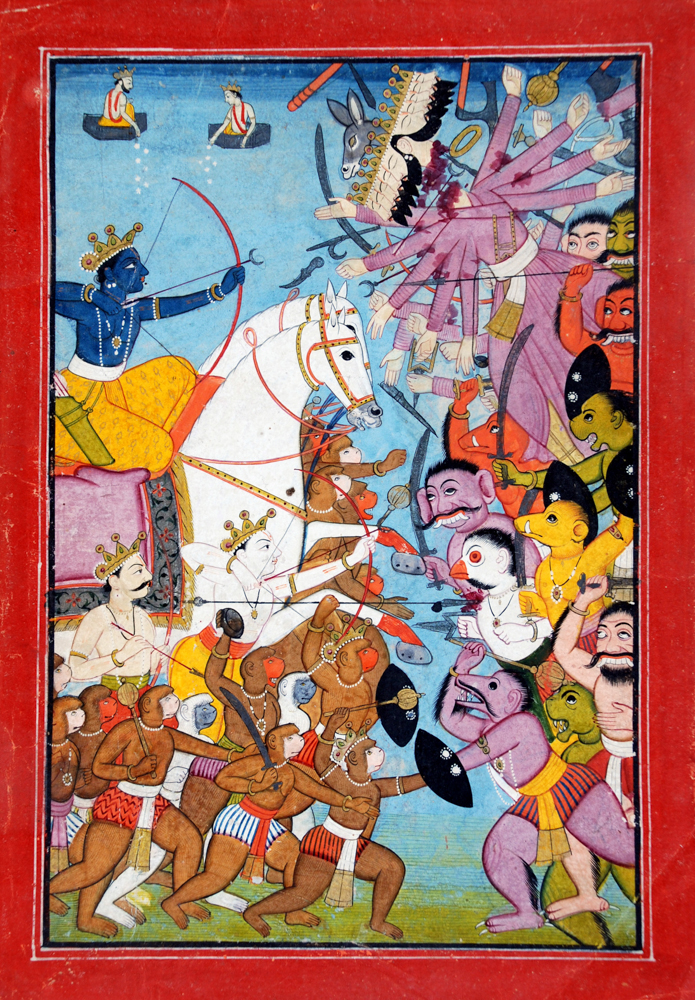 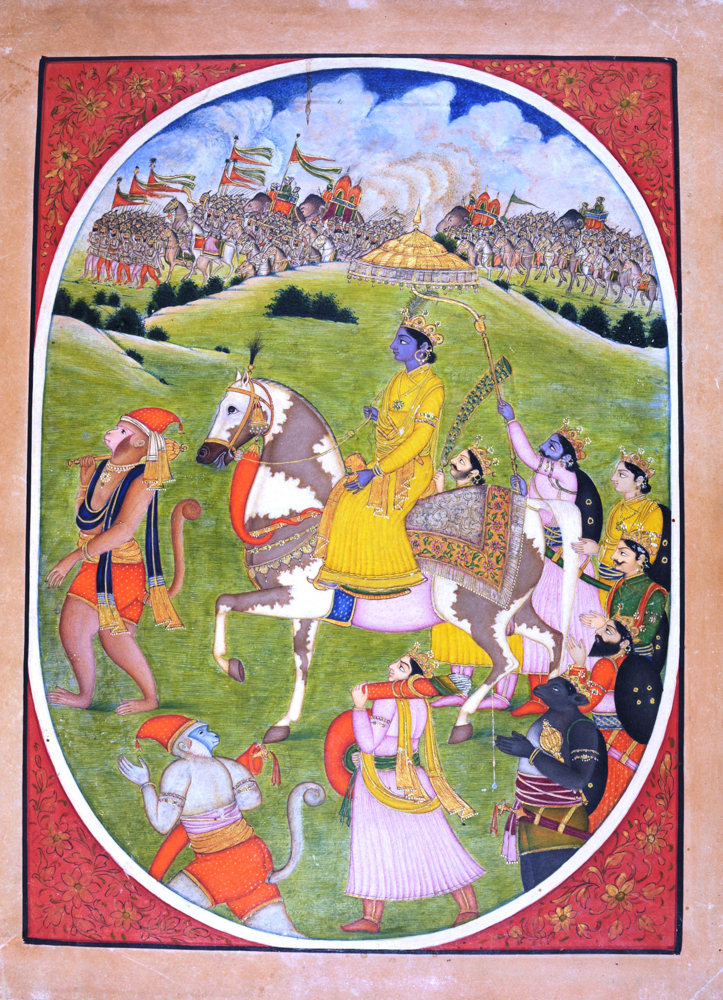 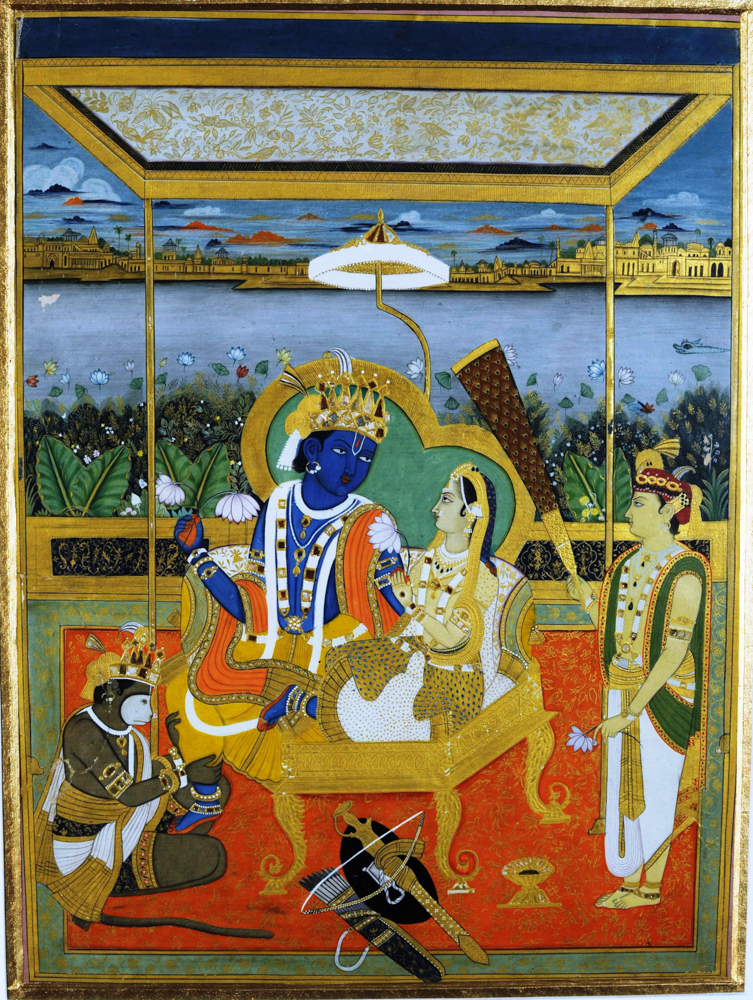 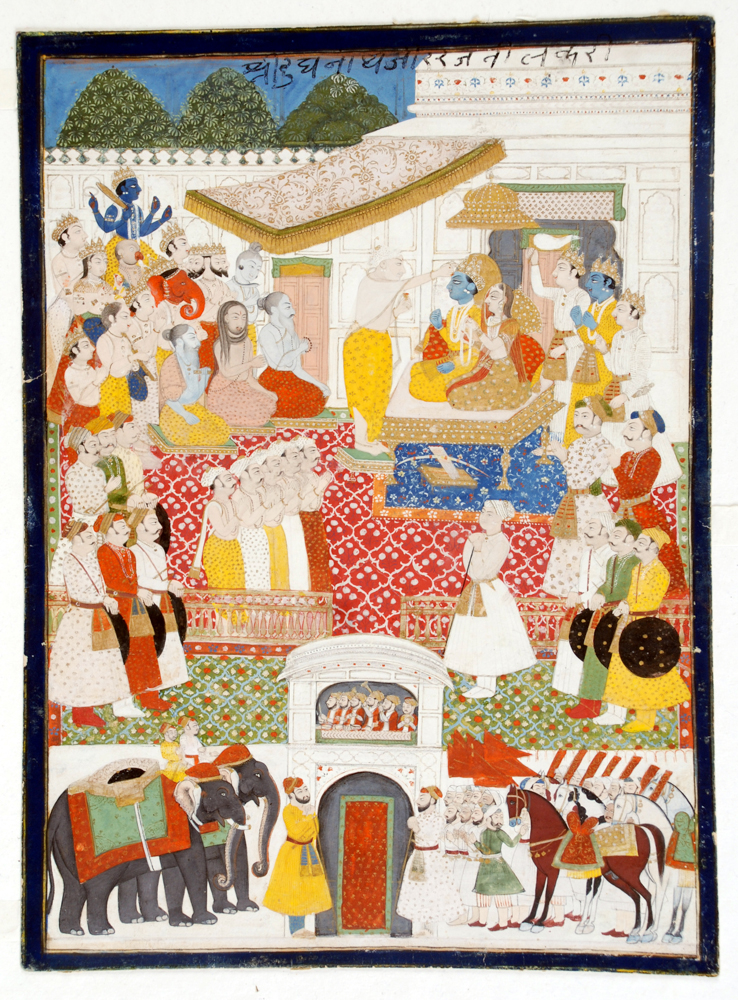 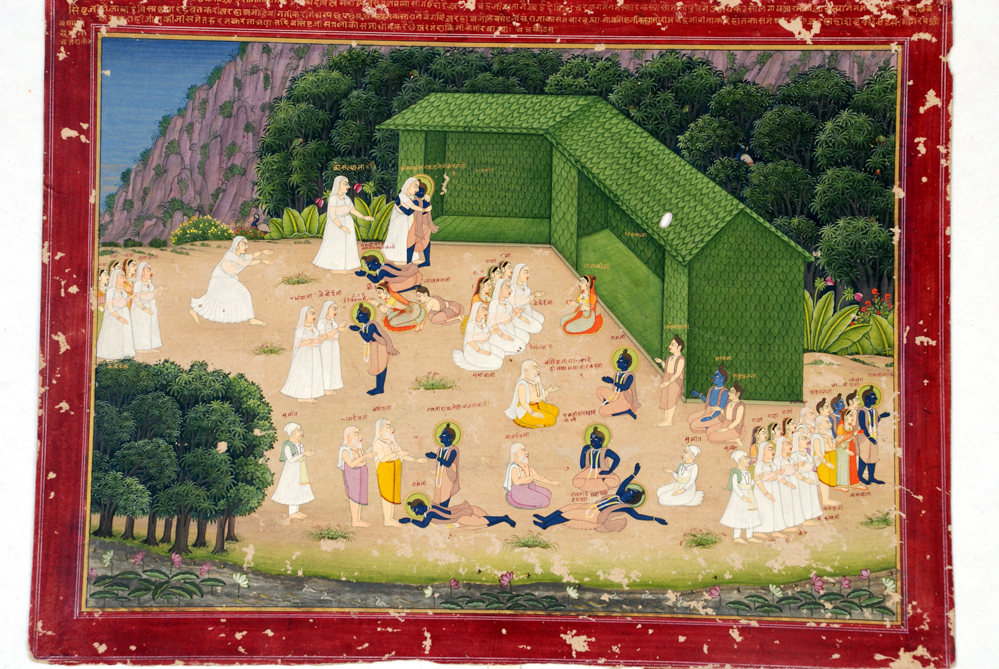