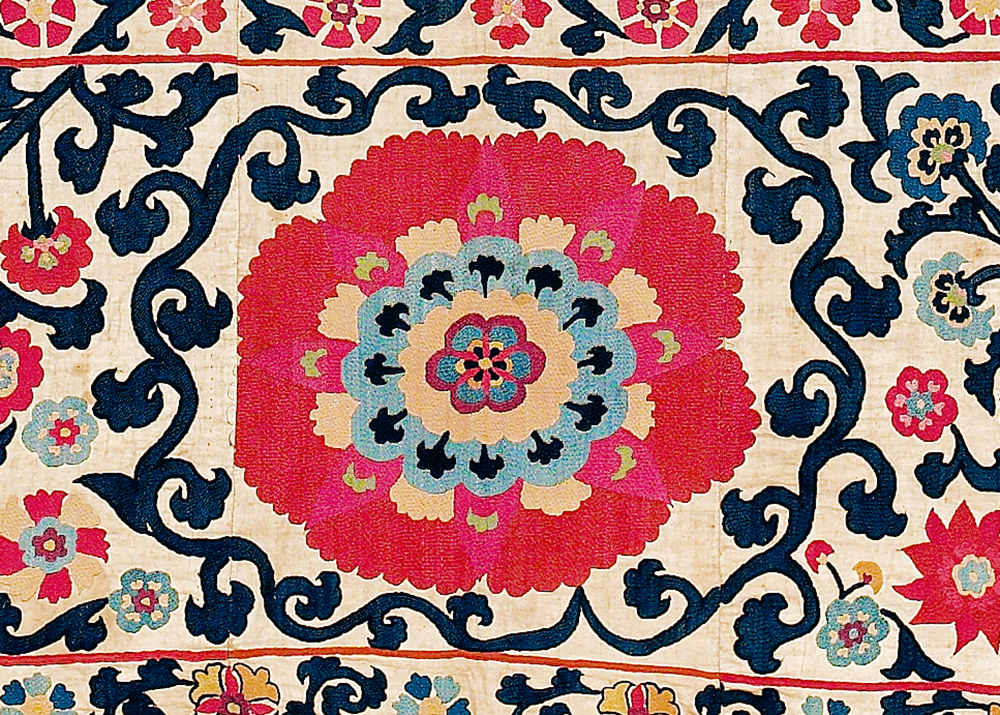 The catalogue for Rippon Boswell’s upcoming sale of antique carpets and textiles on 2 June 2018 is, unusually for the Wiesbaden auctioneers, online only, without a printed counterpart. However, the high technical standard of their ever more refined internet presentation—the best of all comparable rug auction house sites—is more than adequate compensation.

The consignment of 225 lots covers a wide spectrum of good quality 18th- to 20th-century collectible and decorative carpets, rugs, trappings, bags and textiles, concentrating on the diverse products of the traditional Eurasian ‘rug belt’, but also featuring outliers from as far afield as Bolivia, Poland, Finland and China, as well as a number of ‘curiosities’. Estimates are very accessible, market-sensitive, throughout.

Heading a selection of about three dozen pile rugs, trappings and embroideries from Central Asia is a fine, small-format, unusually-coloured, pre-1800 Tekke Turkmen ensi, lot 60, estimated at €15,000. Other good Turkmens include a Yomut dyrnak-gül main carpet with a white-ground border of circa 1800, lot 140, expected to fetch €11,500, and a curiosity, a rare late 19th-century Chodor salachak (shaped stepped-niche prayer rug), lot 14, at €1,800.

Among Central Asian textiles, €14,500 is expected for lot 66, a large, almost square, 19th-century Uzbek textile, in which a central field consisting of blue ground silk ikat (perhaps a later insertion) is surrounded by a typical Shahrisyabz suzani border of bold round embroidered flowers. Another variety of Shahrisyabz, a square cover fully embroidered in satin stitch, lot 53, is estimated at only €1,500.

A wide variety of Persian pile and flatwoven rugs, covers, containers and textiles, both urban and rural, comprise about one third of the sale. At the top of the pile are two high-quality cottage industry pieces, both estimated at €12,500. The first, lot 50, is an inscribed but undated Bakhtiari ‘Khan’ carpet with a central tree within a golden-ground niche, made for Soltan Muhammad Khan Mo’in Humayun Bakhtiari around 1900. The second, lot 130, is a fine Sehna rug from the first half of the 19th century with a light-blue ground and an overall arabesque lattice, previously published in Eberhart Herrmann’s first catalogue in 1978. 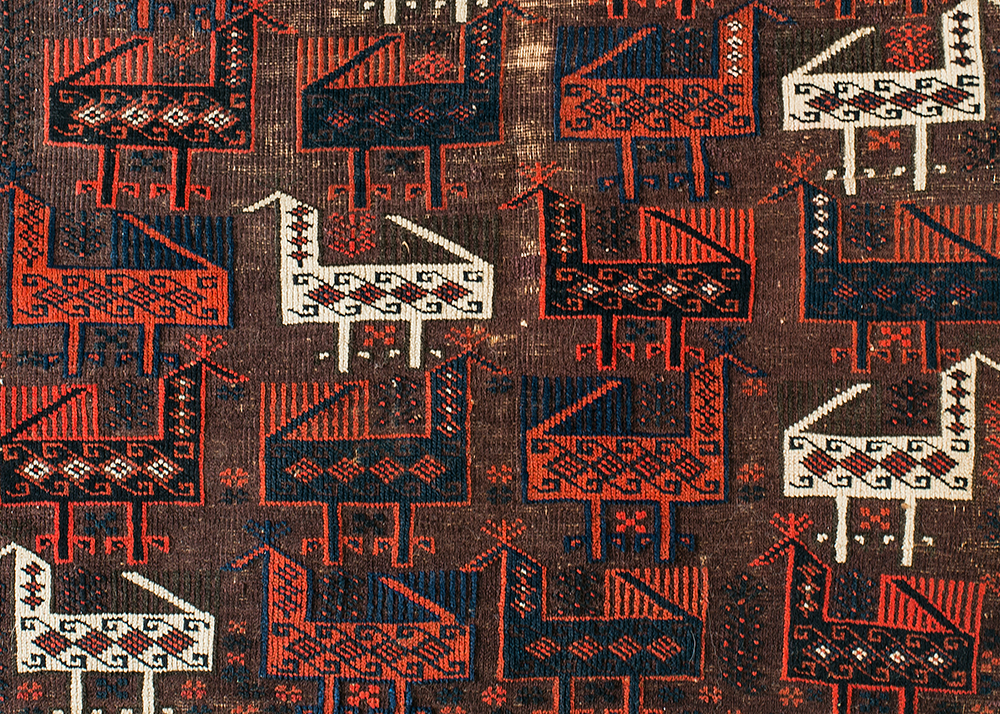 Reflecting a recent perceived resurgence of demand for good Baluch tribal pieces, lot 48, a very good mid-19th century Khorasan ‘bird’ bag face, with a highlighted white bird in each horizontal row, which was previously sold in the same rooms in November 1995 for $5,965 (HALI 85, p.138), is expected to fetch €5,500 this time around, despite some wear. In a different vein, a finely worked Qajar period Resht pieced and embroidered wool and silk hanging, depicting a cypress and peacocks, lot 202, is priced at €3,000, while a long meticulously embroidered all wool Kerman panel with a niche, ascending tree and flowers, lot 207, is in at just €500.

Among some thirty assorted Caucasian rugs and flatweaves, perhaps the most notable is a classic, finely woven Marasali Shirvan prayer rug, lot 193, inscribed (illegibly) and very plausibly dated to AH 1277 (1861 CE). With evenly low pile, this is estimated at €9,500. And lot 95, a harshang-design Karabagh kelleh dated 1264 AH (1848 CE), previously published by Grote-Hasenbalg (1922), is expected to sell for €9,500. 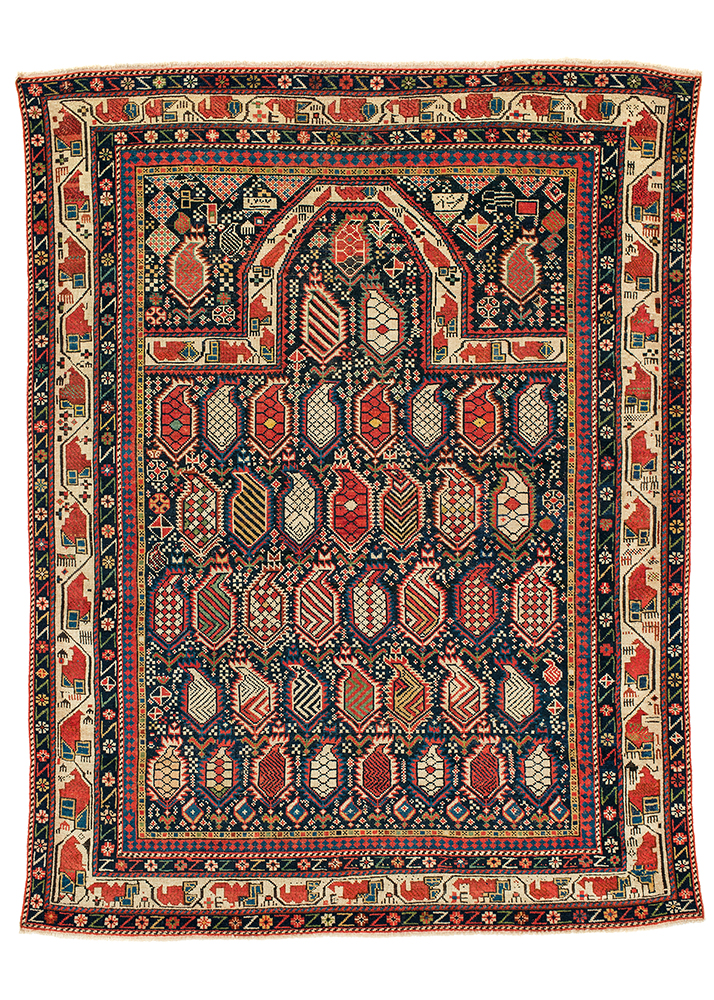 The Turkish consignment is headed by lot 179, a handsome 19th-century Konya-region village rug estimated at €9,000, and also includes an assortment of conventional types of prayer rugs (Gördes, Mujur, Konya, Ladik) as well as an unusual, blue-ground east Anatolian pile prayer rug, lot 177, in at €2,400. Another east Anatolian piece, lot 152, a rare Kurdish fragment from the Kars region, formerly in the Bernheimer collection, sold at Christie’s, London in February 1996 for $2,695, is estimated at €1,800.

Among the outliers on offer is a small group of very reasonably priced Scandinavian textiles, including two excellent early 19th-century southern Swedish embroidered carriage cushions (agedynor) and two rollakan-technique bed covers, as well as a Deco-period (dated 1933) Finnish rya designed by Laila Karttunen (lot 68), which was exhibited by Clive Loveless at the September 2016 LAPADA Fair, and is estimated at €2,500. In a similar vein is lot 158, a Polish avant-garde-style carpet, woven in Lodz in the 1930s. Unsigned, but in a style associated with Russian Constructivism, it is estimated at just €500.

Finally, we cross the Atlantic and climb the Bolivian Andes for the source of lot 176, a banded Aymara woman’s poncho, very finely woven from alpaca wool, which is expected to make €2,300. 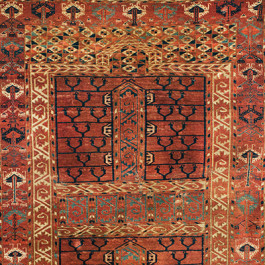 Rippon Boswell's consignment of 225 lots covers a wide spectrum of good quality 18th- to 20th-century collectible and decorative carpets, rugs, trappings, bags and textiles, concentrating on products of the traditional Eurasian ‘rug belt’, but also featuring outliers from as far afield as Bolivia, Poland, Finland and China, as well as a number of ‘curiosities’. 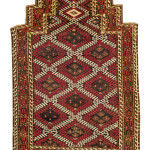 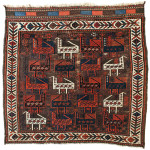 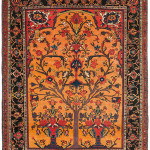 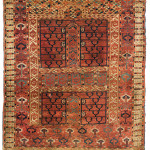 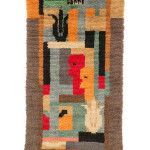 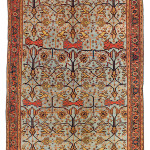 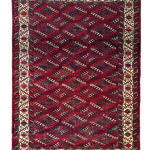 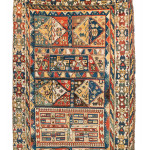 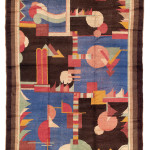 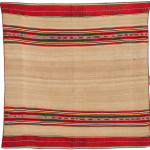 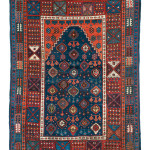 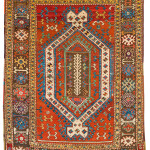 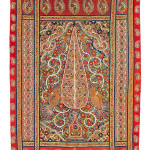 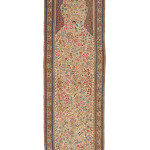 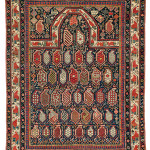 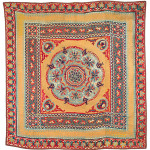 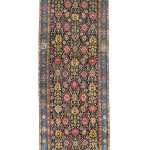