Rothschild Vase Carpets and much more at Christie’s, London, 19 April 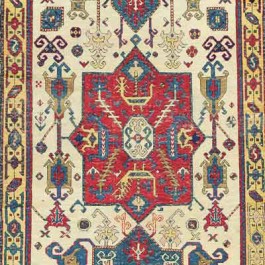 More than just Vase Carpets at CLO on 19 April 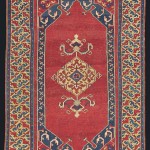 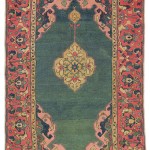 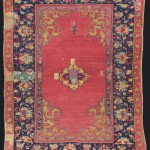 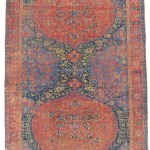 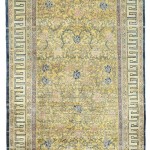 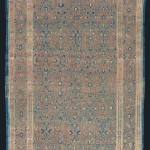 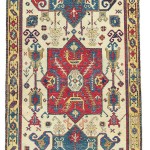 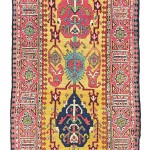 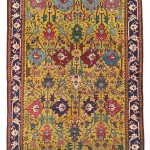 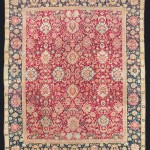 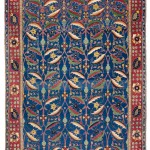 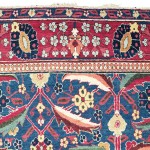 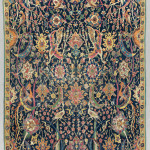 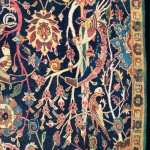 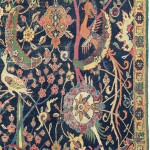 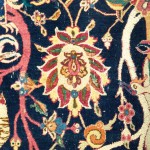 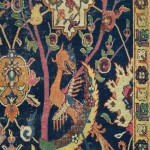 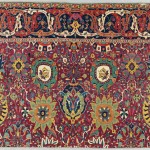 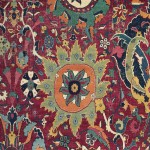 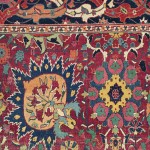 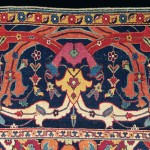 Christie’s spring Oriental Rugs & Carpets auction on 19 April 2016 in London is headlined by an amazing trio of 17th-century Kerman ‘Vase-technique’ carpets that were once the property of Baroness Alice de Rothschild, but there is far more to the King Street sale. 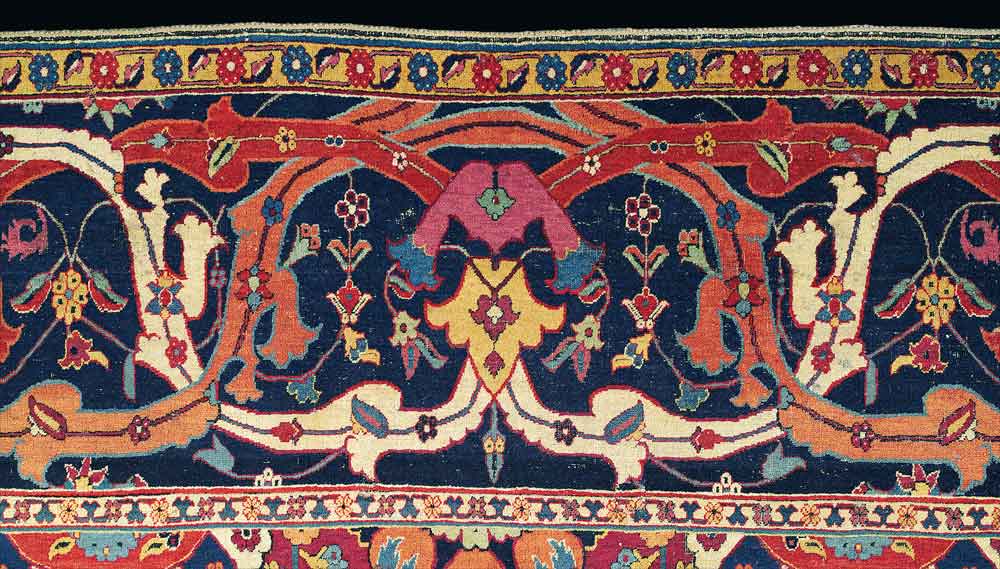 Other highlights (see Gallery) include three 16th/17th-century small-medallion Ushak rugs, which were likely woven for the Ottoman court or to be given as ambassadorial gifts, and there is also a complete but much worn and repiled 15th/16th century large -medallion Ushak carpet. A rare 18th-century silk Kashgar gallery carpet must have been commissioned to cover the floor of a Far Eastern palace and, remarkably, remains in much the same condition as when it was first woven. Also from the Tarim Basin is a Khotan silk carpet with an all over floral lattice design in heavy metal thread brocading. Another highlight is a rare, 18th-century white-ground Kuba three-medallion rug that was part of the late Peter Lehmann-Bärenklau’s collection of oriental carpets. 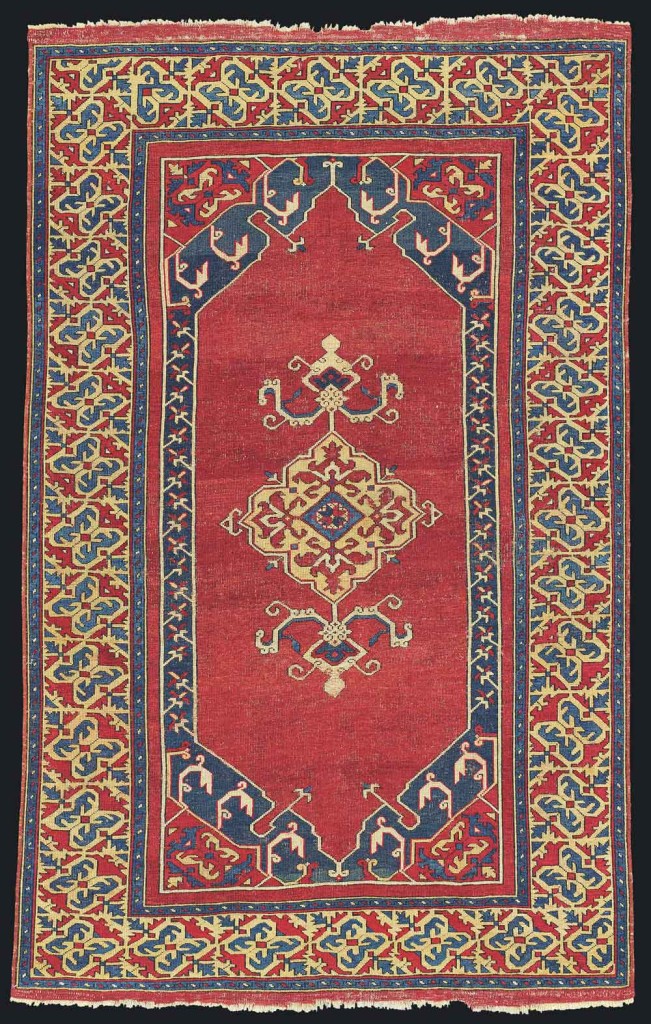