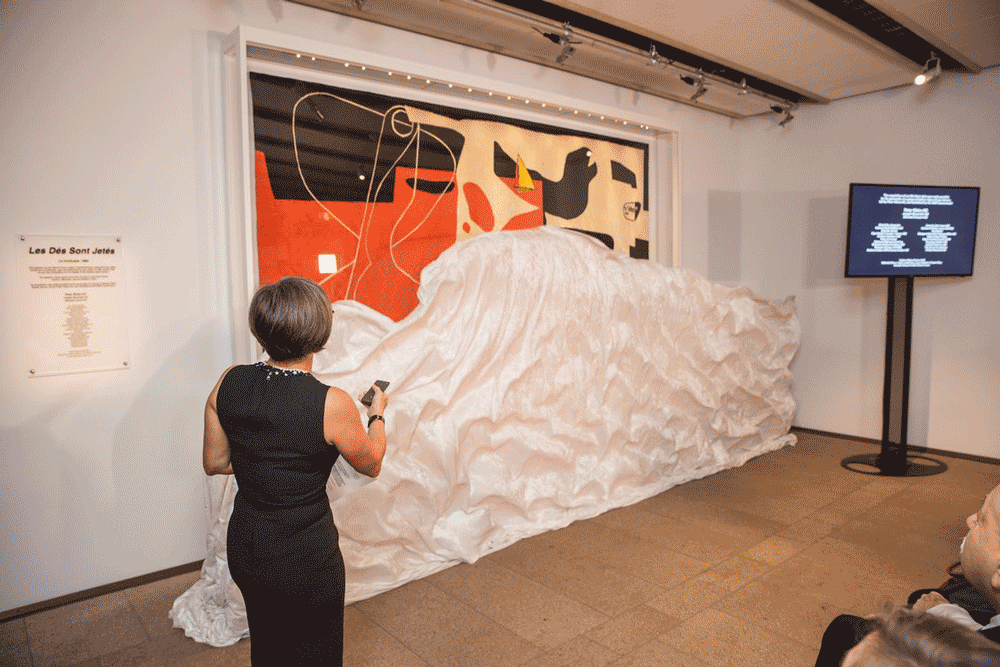 The Sydney Opera House have just unveiled a bold tapestry by the Swiss-French creative Le Corbusier. It was purpose designed for the building in 1960 but only installed there this year, following its acquisition from a Copenhagen auction in June 2015. The hammer price of €280,000 ($410,000), over double the estimate, was achieved with support from Sydney Opera House donors. 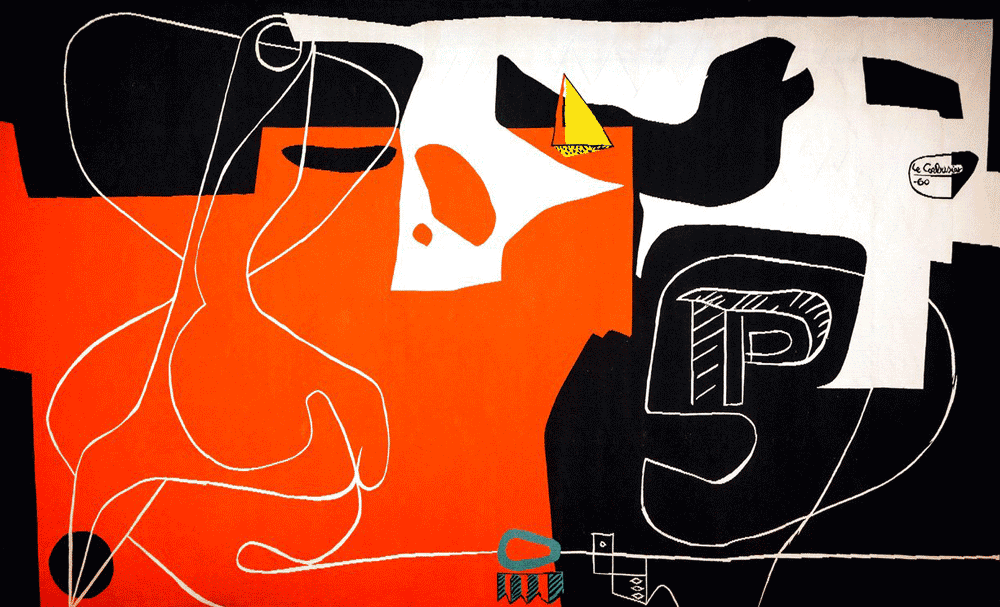 Danish designer, Jørn Utzon (1918-2008) won an international design competition for the building in 1958. His ambitious winning submission not only addressed the architectural structure, but also considered the modern art that would best suit the interior.

Utzon boldly approached names such as Picasso, Matisse and Le Corbusier who was at the peak of his career at the time and famed for his unwillingness to collaborate. Still, Le Corbusier must have recognised a fellow visionary, and following a meeting in Paris to discuss the collaboration, he delivered an eye-catching signed tapestry, Les Dés Sont Jetés (The Dice Are Cast) in 1960. Utzon and his wife, Lis were thrilled with the piece, and the textile was hung on the couple’s dining room wall until such a time that the construction in Sydney was complete. Lis wrote to thank their idol: “ It has endowed our home with a beauty so exquisite that I am at a loss for the proper words.” Louise Herron, Sydney Opera House CEO recalls her first impression of the piece – “I remember walking up the stairs of the auction house and being absolutely struck by the red on the tapestry.” 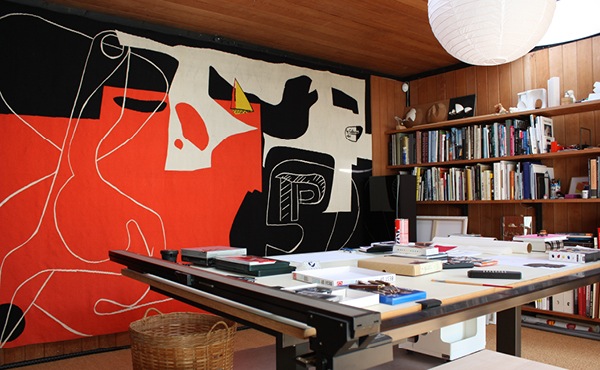 The piece stayed in the family collection after Utzon resigned dramatically in 1966 due to disagreements with the new conservative state government who were questioning his vision. He moved back to Denmark, vowing never to return but was convinced to design two interior spaces from afar thirty-five years later. The tapestry now hangs in one of these, the Western Foyers.