This week is the last chance to see the exhibition ‘Symbols and Colors in Caucasian and Alpine Carpets’ at the Mercantile Museum and Mercantile Palace in Bolzano (Bozen), the capital of the South Tyrol region in northeast Italy, closing on 19 October 2019. The following is an abridged version of the exhibition review by Ben Evans from HALI 201:

‘The ICOC Tour of Carpets and Collections of the Alpine area took in three countries in six days and four special exhibitions of local collections, three of which revealed the accumulations of single owners. 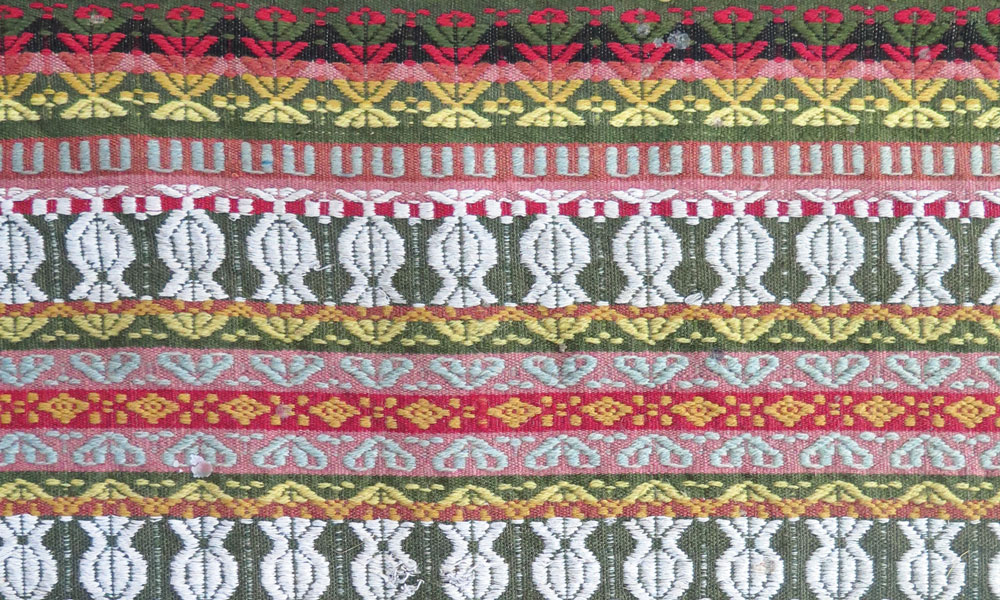 The vernissage of ‘Symbols and Colors in Caucasian and Alpine Carpets’, presented flatweaves from the Wincor Collection (with catalogue) as well as local Tyrolean ‘Defregger’ carpets and archival documents from the museum’s collection. The opening speeches acknowledged the guiding role that Richard Vill, the head of the European Textile Academy, played in organising the event, and the work that this organisation does in publishing, researching and promoting little-known textile traditions and archives.

The 26 flatweaves from the Wincor collection were all largeformat covers associated with the peoples of historic Azerbaijan. These are too often confused in their nomenclature, with widely used terms like kilim, sileh (zili), verneh (verni), shadda and sumakh employed interchangeably, although they all have quite specific structural variations. 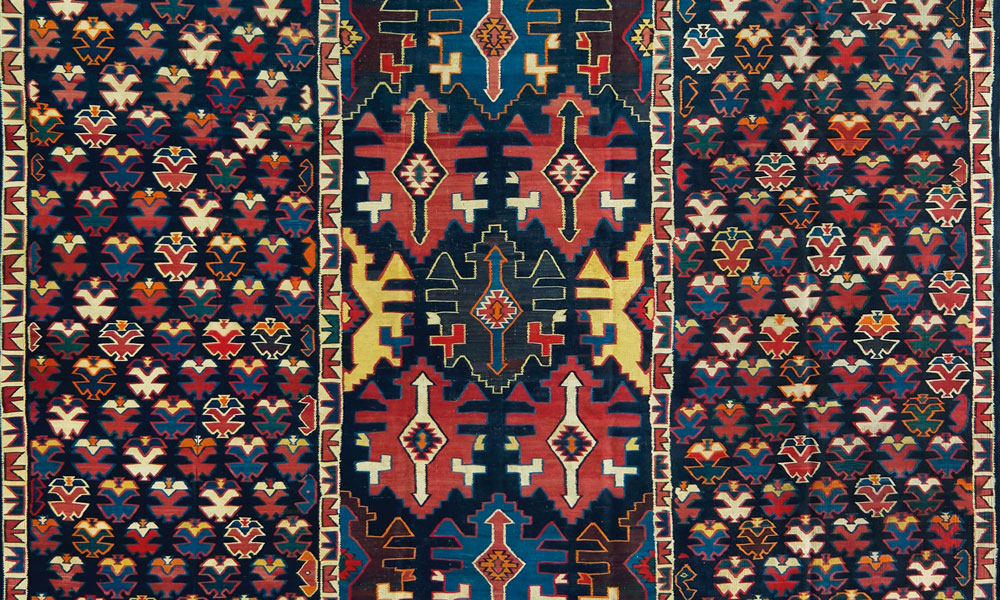 The dominant piece in the show was a Shirvan kilim (detail above) with a central field design of ‘racing-car’ style medallions associated with Kuba kilims, and a very broad surround of the boteh design associated with the Kashmir and Persian shawl yardage used in Azerbaijani national costume throughout the 19th and early 20th century. This remarkable combination of motifs was rendered on such a huge scale that it transformed the kilim, which is more than five metres in length, into an even more remarkable object than it would have been be at twenty-five per cent of its size. Woven in one piece in a relatively compact slit-tapestry technique, it was originally found in Azerbaijan where it must have been used as an audience or presentation piece. While the orange colour suggested itself to be synthetic, one of the tour participants pointed out that it is in fact impossible to tell by eye alone, as their own investigations had shown similarly strident oranges in Central Asian carpets to be naturally dyed. 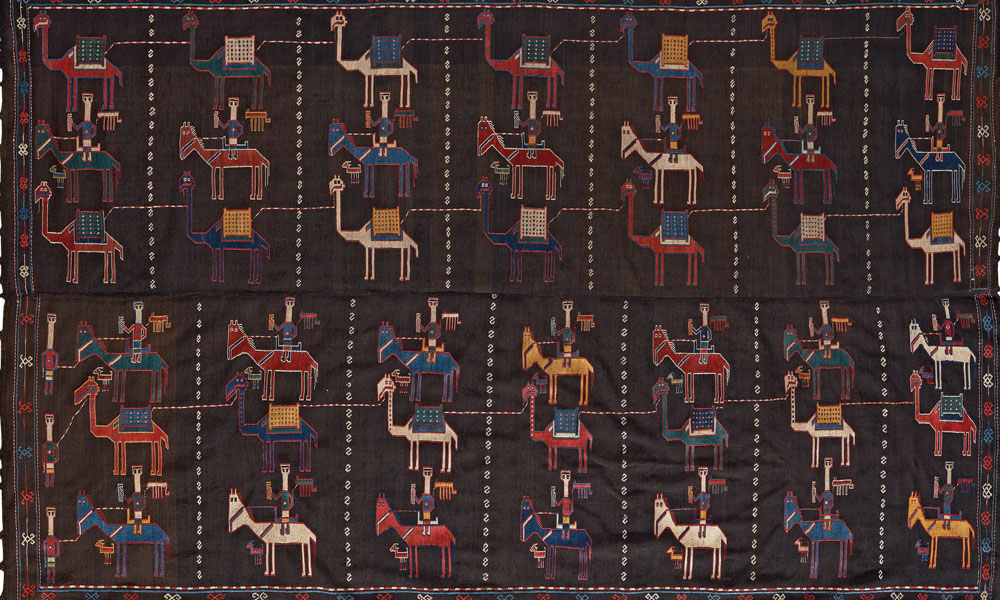 Of the two shaddas in the exhibition, one had recently been seen at Christie’s, London where it had been the subject of close scrutiny (detail above). This time the piece had received the additional blessing of Eberhart Herrmann, who had included it in 1995 in his Asiatische Teppich- und Textilkunst 5, and had sent the collector an indepth cosmological appreciation of its design. Its remarkable condition is one of the many surprises of this cover, which is a rare addition to this group of iconic flatweaves by virtue of its single-colour ground, sparsely decorated rows of camels and riders, as well as a prominent depiction of the camel riding saddle referred to as asidda in Arabic, a corruption of which allegedly gave us the term shadda. It is interesting that the riders are in this case more prominent than the camel train and that each rider has a hawk, a dog and another quadruped.

In the permanent galleries, the museum showed a small archival collection of locally woven Defregger carpets, made in one valley in the Tyrol for a period of perhaps two hundred years and exported throughout Europe, alongside related trade records and textile sample books. They also showed a little-known 16th-century large-medallion Ushak carpet.’