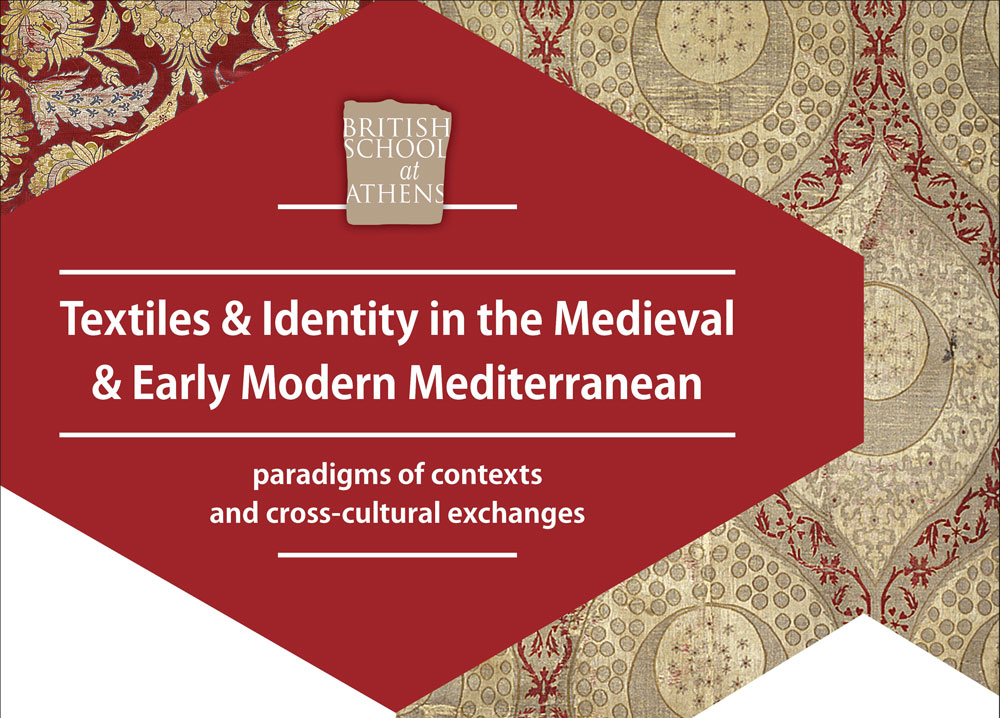 The British School at Athens is organising a workshop titled ‘Textiles & Identity in the Medieval & Early Modern Mediterranean: Paradigms of Contexts and Cross-Cultural Exchanges’ to take place on 3-4 June 2016 in the Greek capital. The workshop will be hosted by the Benaki Museum.

The initiative brings together junior and senior scholars to investigate and elucidate the role of textiles in the cultures around the Mediterranean of the period, with a particular focus on the projection of identity. Speakers include Helen Philon, Dickran Kouymjian, Ana Cabrera and Scott Redford.