On Wednesday 14 October 2020, Christie’s will hold ‘The Exceptional Sale’ of decorative artworks in New York. Among the twenty-eight auction lots, which range from French ormolu-mounted porcelain and royal furniture to classic English mahogany and silver, there will be just one rare 17th-century carpet which is appearing at auction for the first time in 70 years. 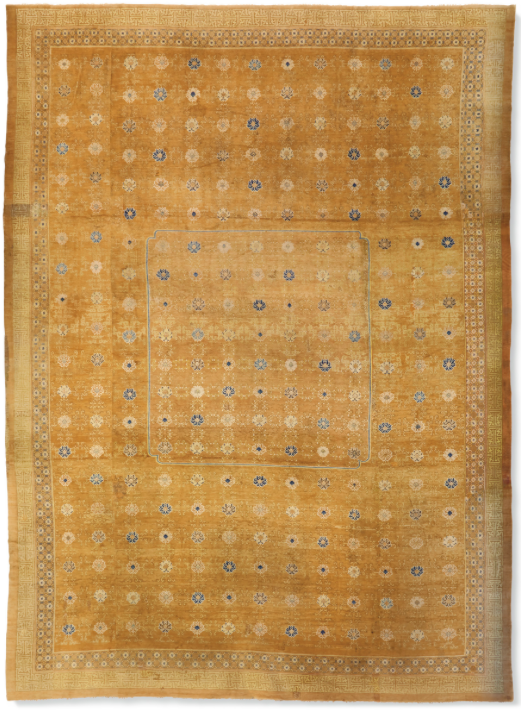 Elisabeth Parker, a consultant for Christie’s Rugs & Carpets department in New York, describes the Ming dynasty carpet, as ‘the best example of Chinese carpet-making to be offered at auction in memory’, in an online Christie’s feature. 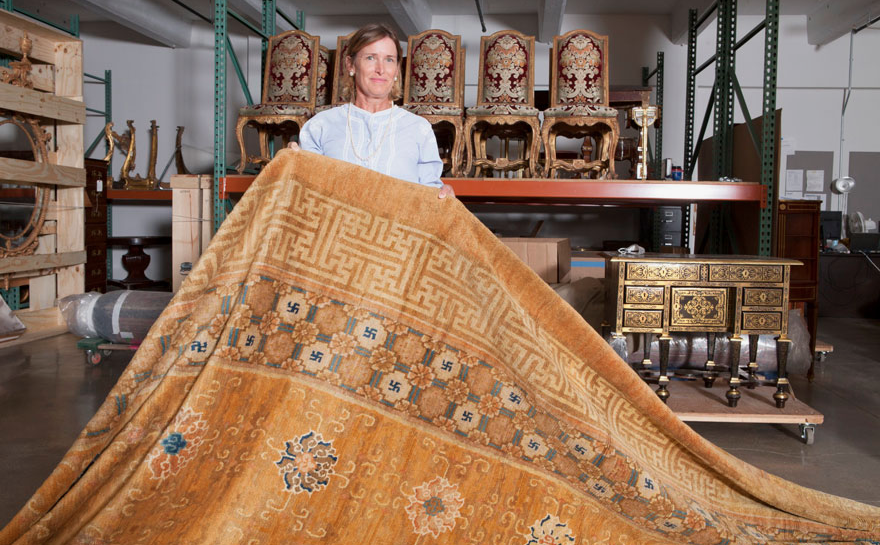 Comprising a fret-work border enclosing a design of repeating lotus blossoms and a square central medallion, the carpet has come to be known as ‘The Tiffany Palace Carpet’ after one of its previous owners, the American artist and designer, Louis Comfort Tiffany (1848-1933). Measuring a massive 7.0 x 9.7 m (23 x 32′) it is still the largest-known Ming carpet outside of China, despite Tiffany having had it re-sized to fit the gallery of Laurelton Hall, his home on Long Island, where he repurposed the off-cut fragments as hallway runners. 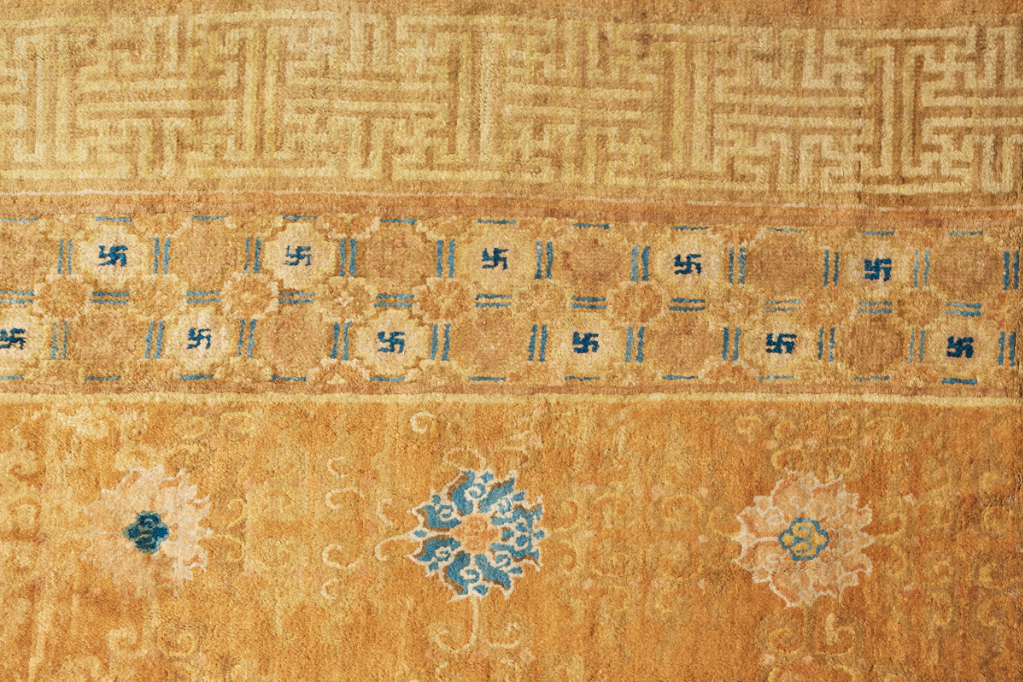 ‘The pile of the carpet is still really thick — and in near original condition,’ Parker says. ‘This is testament to the quality of the carpet, the weave and the remarkable skill with which it was made. Unlike the dramatic designs of earlier Ming carpets, there’s a balance to the composition that evokes a sense of serenity and infinity. The ground is now a beautiful beige colour, but it would have once been red.’