‘The Lady and the Unicorn’ enchants Japan 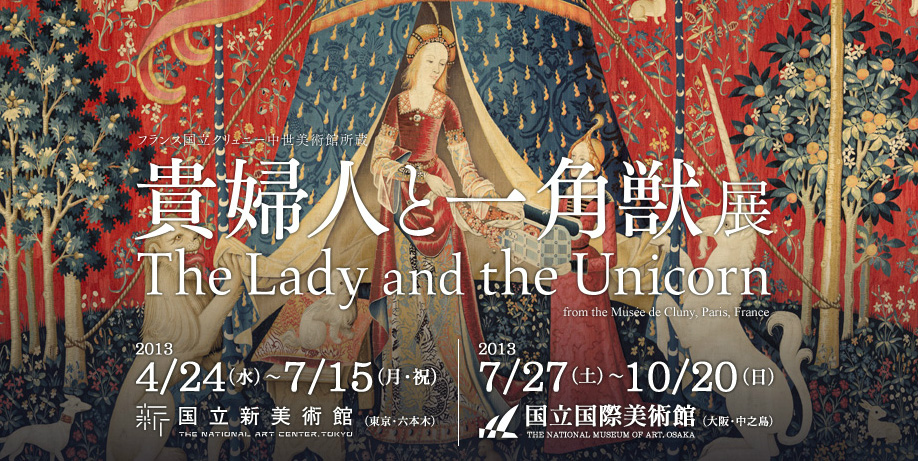 In 1841 Prosper Mérimée, the French man of letters and conservator of historical monuments, came across an astounding cycle of six Flemish tapestries wasting away on the walls of Boussac castle in the Limousin region of France.

Sumptuously woven in wool and silk, five of these fifteenth-century works depict symbolic representations of the five senses, with the sixth obscure in meaning but very likely evocative of love as a theme.

Remarkably, each tapestry features a lion, a noblewoman and a unicorn; considered one of the finest European works of art dating from the Middle Ages, the cycle has come to be known as The Lady and the Unicorn (La dame à la licorne), and is one of the jewels in the collection of the Musée de Cluny (Musée du Moyen-Âge) in Paris. 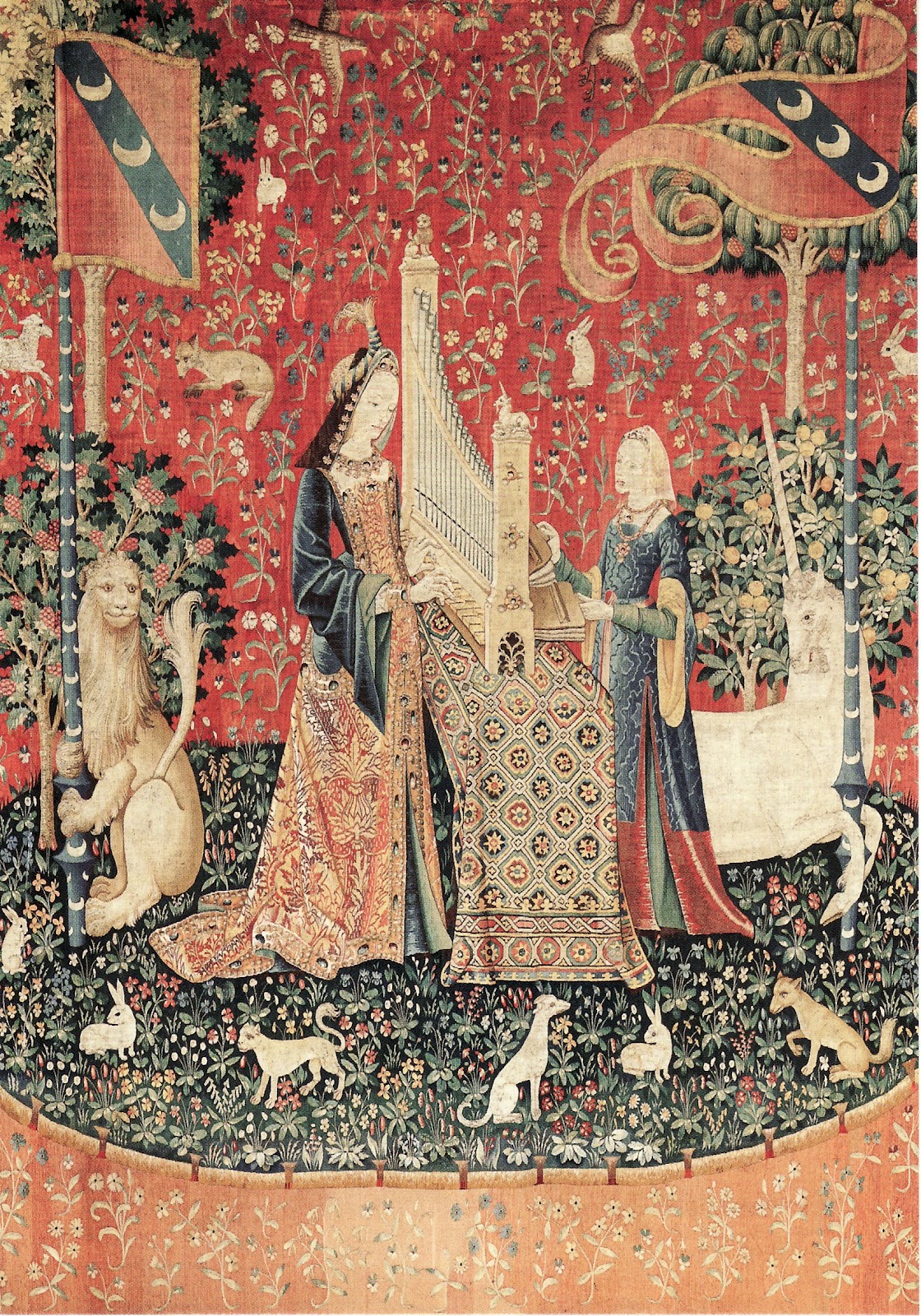 ‘Hearing’, from the tapestry cycle “The Lady and the Unicorn”

Since 24 April, La dame à la licorne has also been the pride of Tokyo’s National Art Centre, where it will reside on display until 15 July; the honour will then pass to the Osaka National Museum of Art, where the tapestries will be on display from 26 July until 20 October. 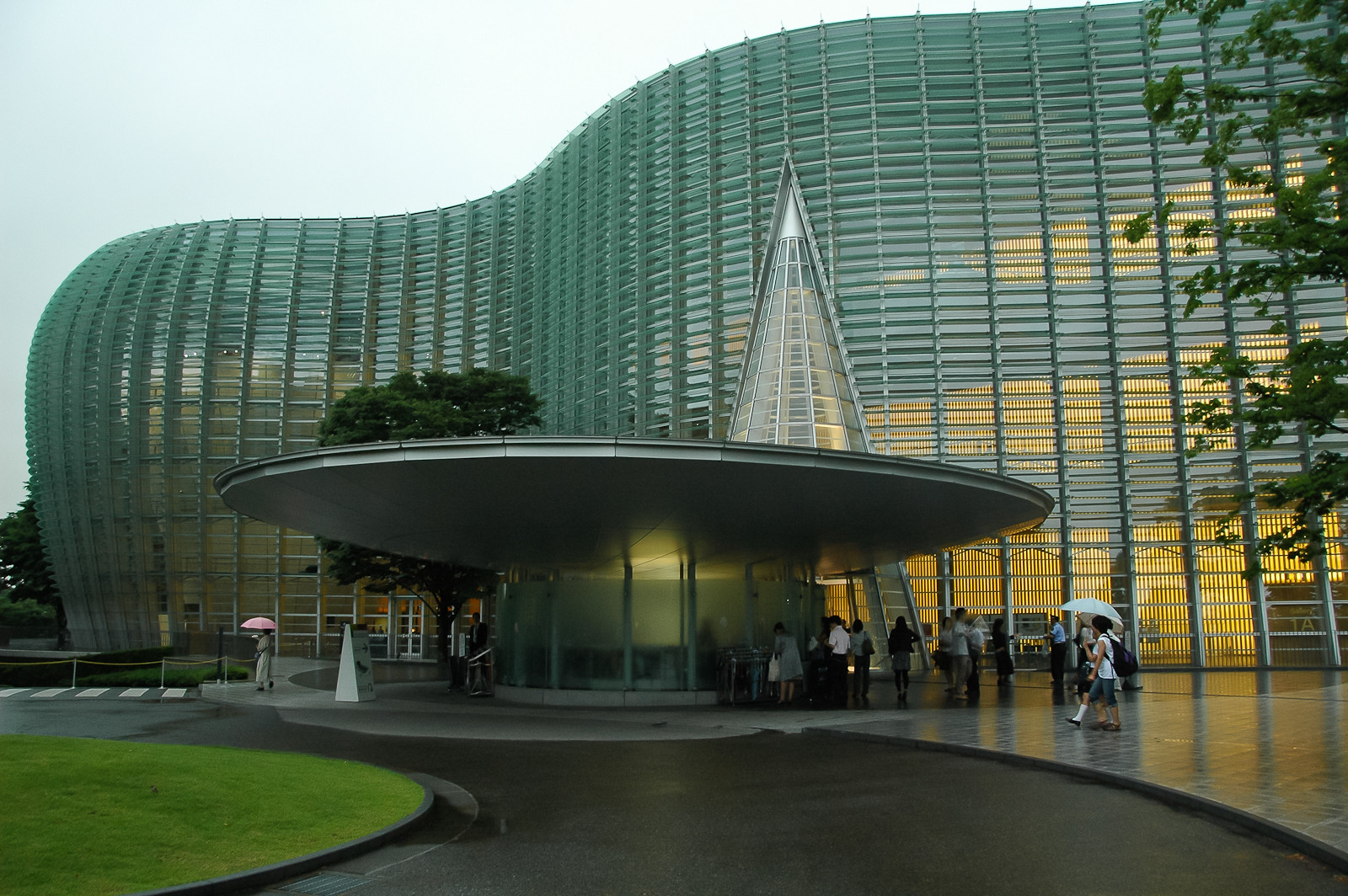 The Tokyo National Art Centre, where ‘The Lady and the Unicorn’ will reside until late July

The loan comes as the Cluny gallery where the works are normally displayed is0 being refurbished. However, the occasion marks only the second time that the cycle has left Paris since it was brought there in 1882; the first time was in 1973–4, when it was hosted by the Metropolitan Museum of Art in New York.