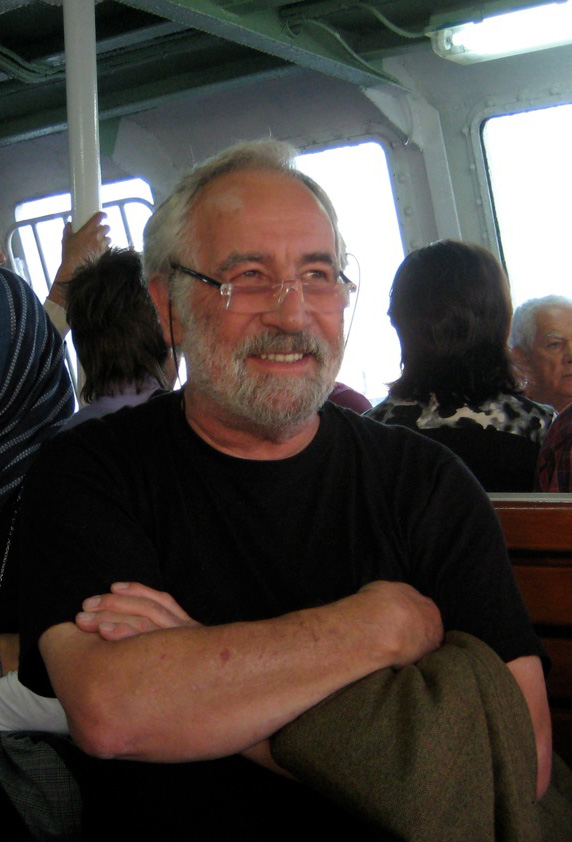 Henri Daumas writes: For a long time I was unaware of Toni Hutmacher. I met him a good while after I had met his wife, Arlette Bollag, a lively woman with a charismatic personality and an infectious love for old kilims. Toni seemed more difficult at first. He was a quiet man who didn’t talk for the sake of talking. I quickly realised that behind this taciturn manner lay the secret of a rich and strong personality. In the course of shared journeys to Venice and Anatolia I got to know him and took great pleasure in discussing our mutual passions.

A professional architect, he had studied at one of the best Swiss universities, the ETH in Zurich, and was very avant-garde in his concepts. The spaces he created always felt amazingly good to live in, light and thoughtful on a perfect human scale. Both he and Arlette had travelled extensively from the late sixties on; for them, the language of form, colour and the composition of the kilims was a revelation. They shared this passion for forty years.

The first major exhibition at Nomadenschätze, Toni and Arlette’s company, was held in Gstaad in January 1979. Later, after suffering health problems he spent more time in Valle Onsernone, a wild mountain valley in Ticino. Cultivated, refined to his fingertips, he spent a lot of time with his cats, with whom he shared the mystery. Often Arlette would join him and their beautiful house would be filled with friends.

In the old days, when Nomadenschätze was exhibiting in a medieval mill near Zurich, the openings and celebrations were almost legendary: full of music, the smell of kebab cooking on the fire in their yurt outside and Toni dancing barefoot all night long. This spirit was still alive in their Russo house, albeit on a somewhat mellower scale. Toni would descend regularly from this belvedere and travel to the shop in Zurich. There he would open all the kilims and feast his eyes on their beauty, which never ceased to amaze and nourish him.

Toni, golden-hearted, moved through life slowly, with strength and tranquillity. His strength was reflected in his face, which had the noble aspect of a Roman emperor. It concealed an uncommon sensitivity and intuition, which enabled him to appreciate and assess the beauty of a kilim at first glance.

Toni was like an immutable statue placed in front of the temple of kilims. And all of a sudden he’s not here any more to caress their wonderful wool in the same way he caressed his cats. Sleep, dear Toni, may your calm memory appease the sadness of our loss.