On 14 March 2013, the Victoria & Albert Museum announced the finalists for the third Jameel Prize. The winner of the £25,000 biennial award is selected from a shortlist of ten artists and designers. This year more than 270 nominations were received for the competition, which for the first time features work from Saudi Arabia, Azerbaijan and India.

The array of diverse contemporary designs has been directly inspired by sources rooted in the Islamic tradition, ranging from Arabic calligraphy to Islamic textiles and rugs. Rugs feature prominently as a source, with three of the finalists influenced by them in their designs, including The Birds of Paradise by Rahul Jain (2008), now in the Poddar Collection, New Delhi.  A textile designer and historian, Jain set up ASHA, a traditional drawloom workshop in Varanasi that preserves local weaving skills and techniques dating back centuries. He will show examples of the workshop’s Indo-Iranian textiles, woven in silk and silver gilt thread.

Also of note to HALI readers is Hollow, Faig Ahmed’s handmade woollen rug with a twist, made in 2011, and Nasser al-Salem’s 2012 calligraphic work Kul, hand-painted on archival paper. The winner will be announced on 10 December 2013 and the works will be on show at the V&A from 11 December 2013–21 April 2014. 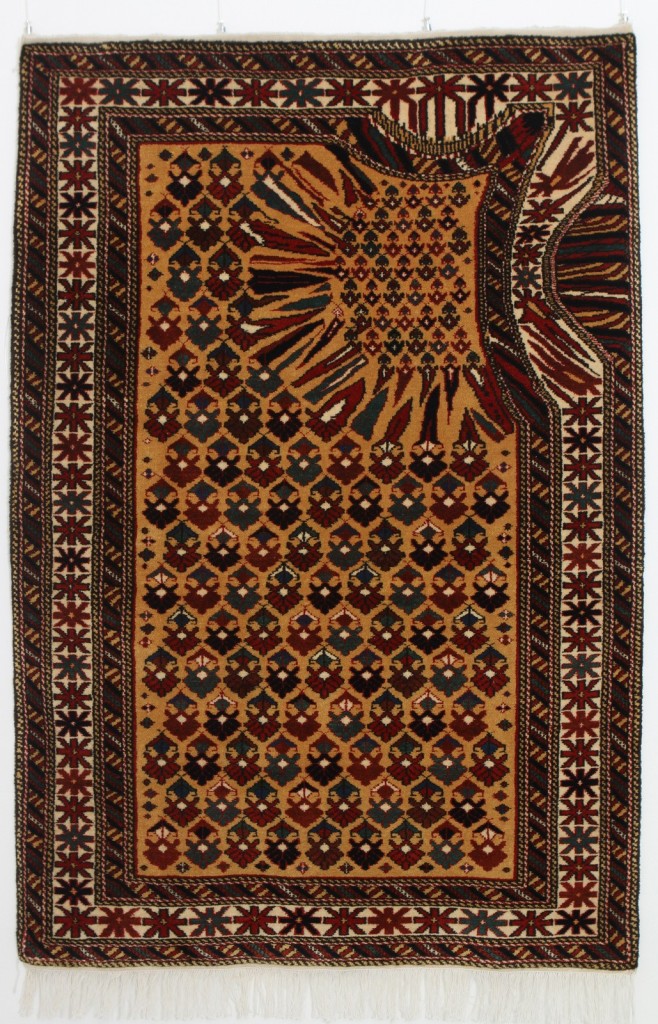 Hollow, Faig Ahmed’s handmade woollen rug with a twist, made in 2011 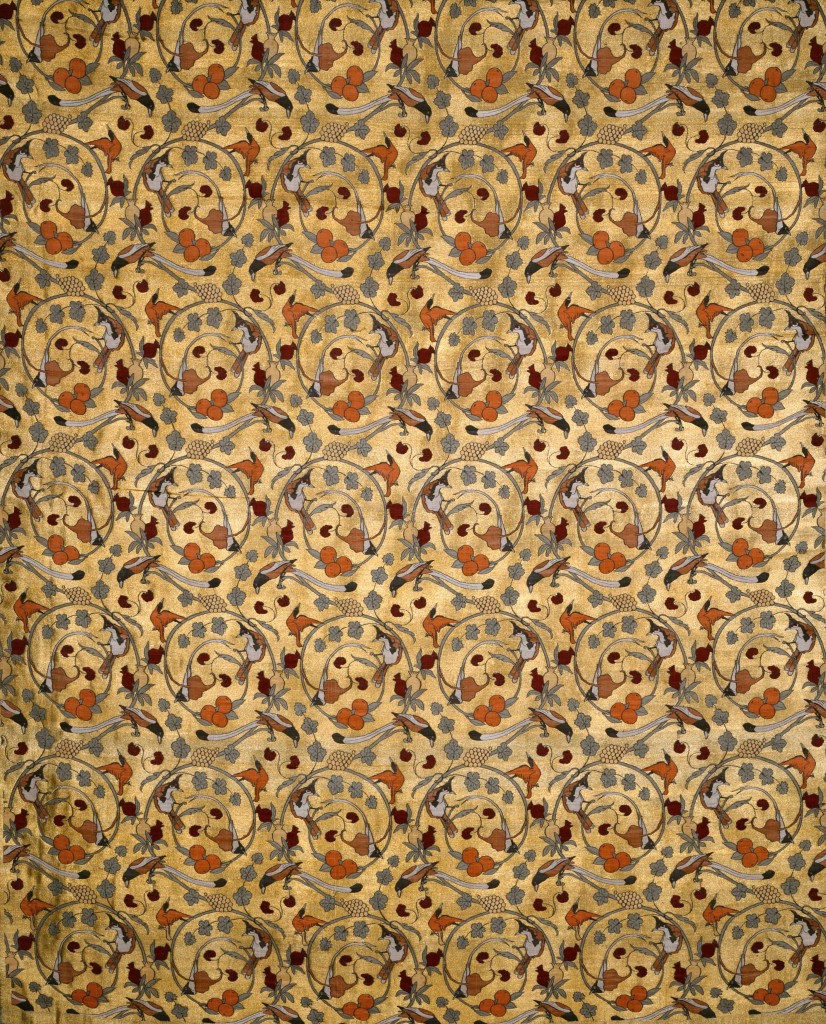 The Birds of Paradise by Rahul Jain (2008), now in the Poddar Collection, New Delhi. 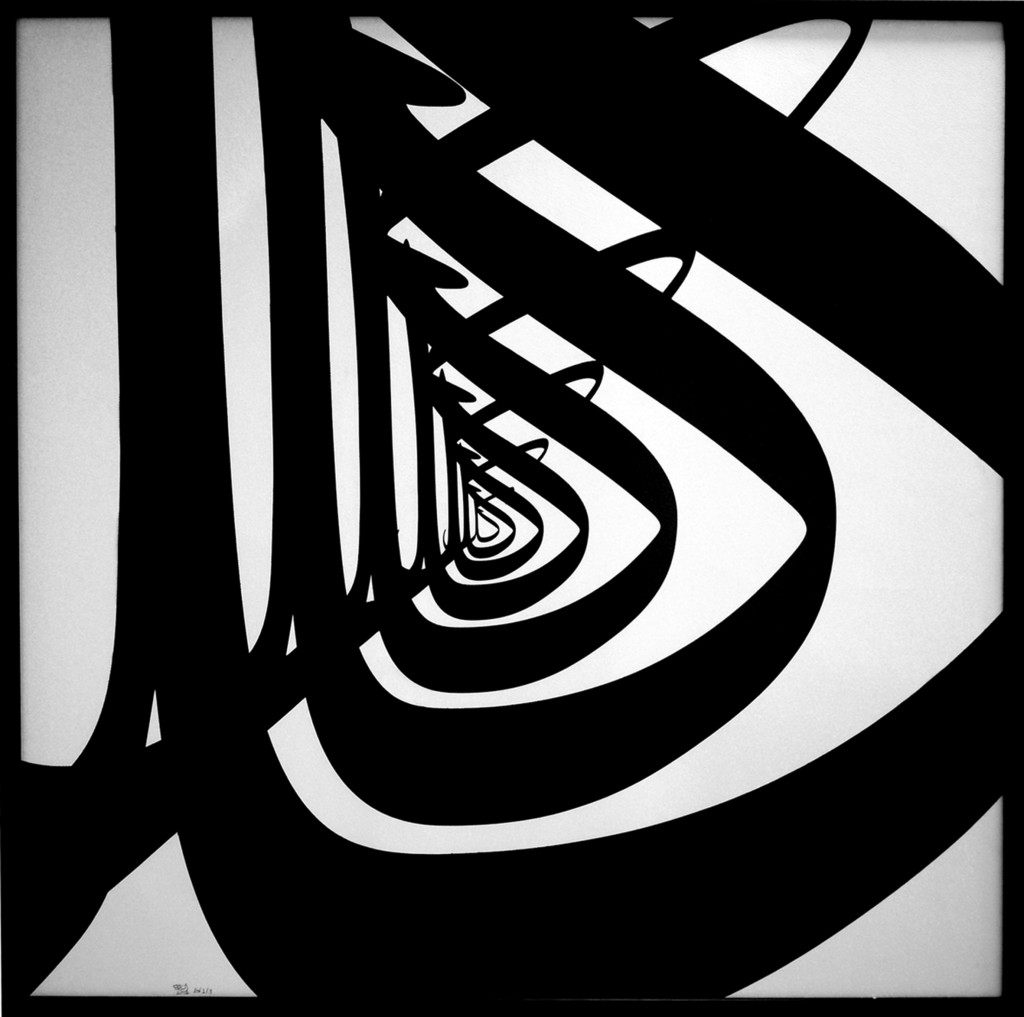