The exhibition marks the fiftieth anniversary of the Maeght Foundation which is dedicated to ‘art from our era’. Since 1964, over 100 exhibitions have been held by the private foundation, in an architectural ensemble at St-Paul-de-Vence, entirely conceived and financed by Marguerite and Aimé Maeght. The couple met Calder in 1947 when they were organising the International Exhibition of Surrealism and held a major retrospective of his work in 1969.

Jane Kahan Gallery, New York have a selection of original Calder lithographs and several tapestries for sale (P.O.A), illustrated here. Some of these were featured in the 1976 Calder’s Universe retrospective at the Witney Museum, New York, including Green Ball. 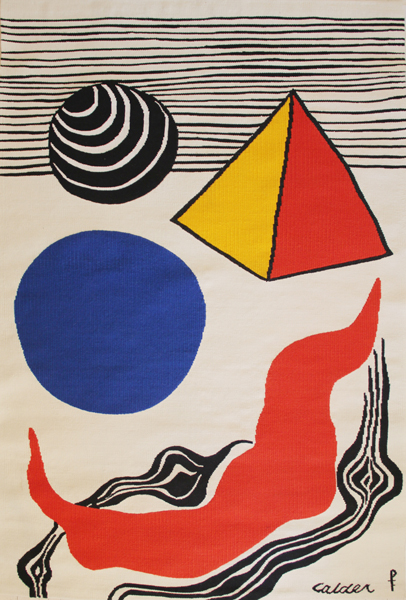 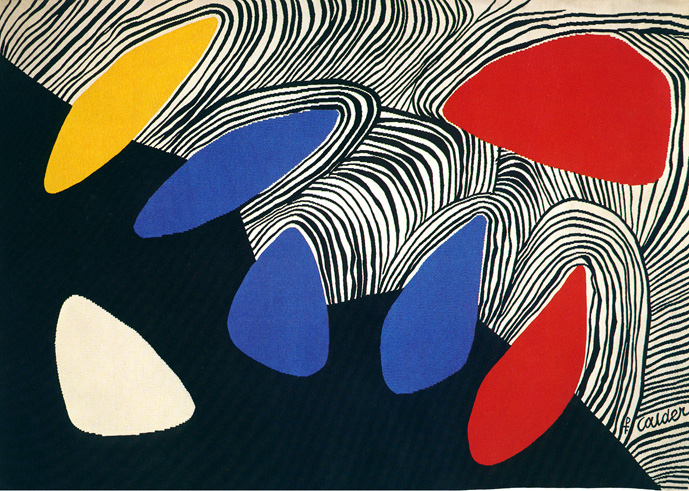 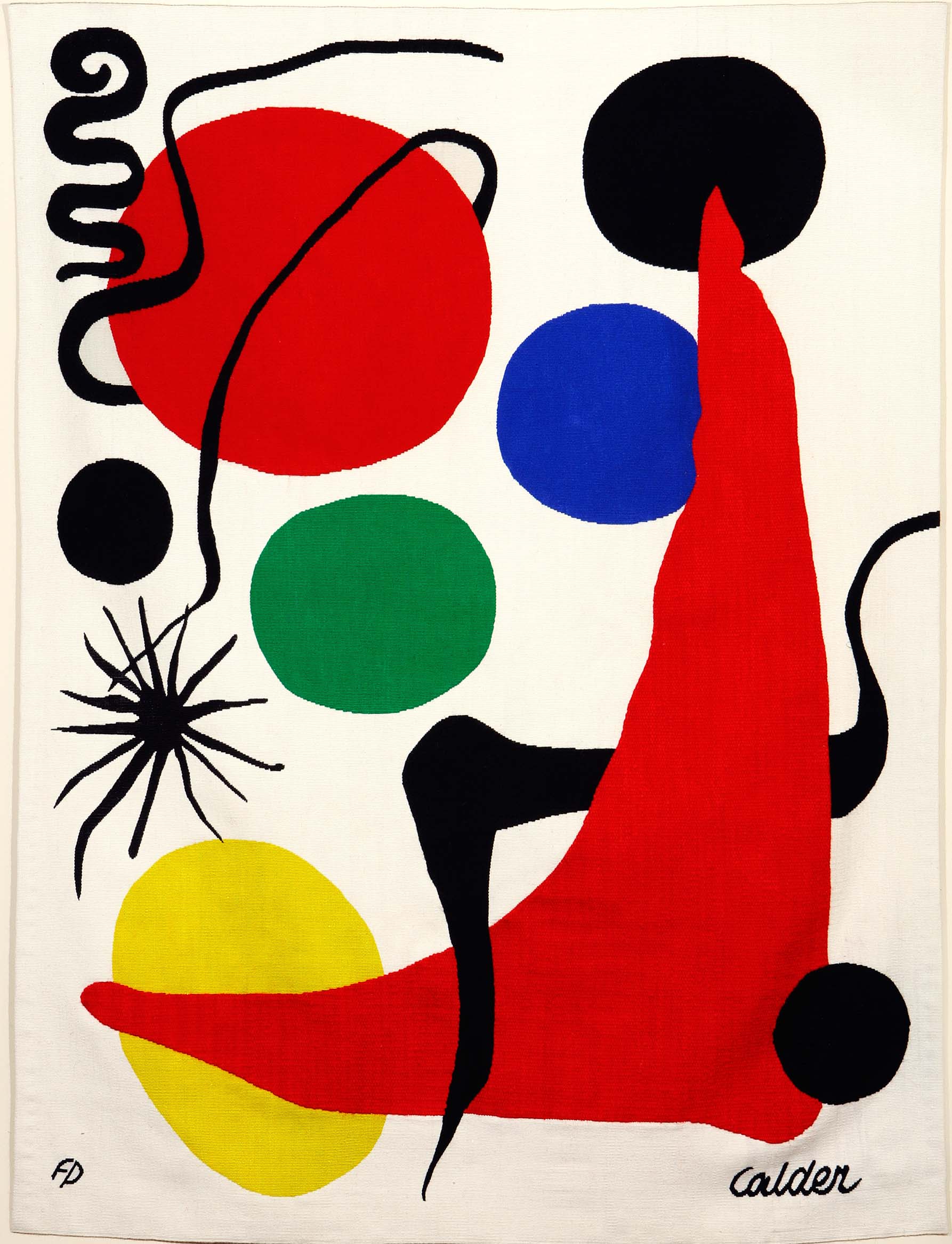 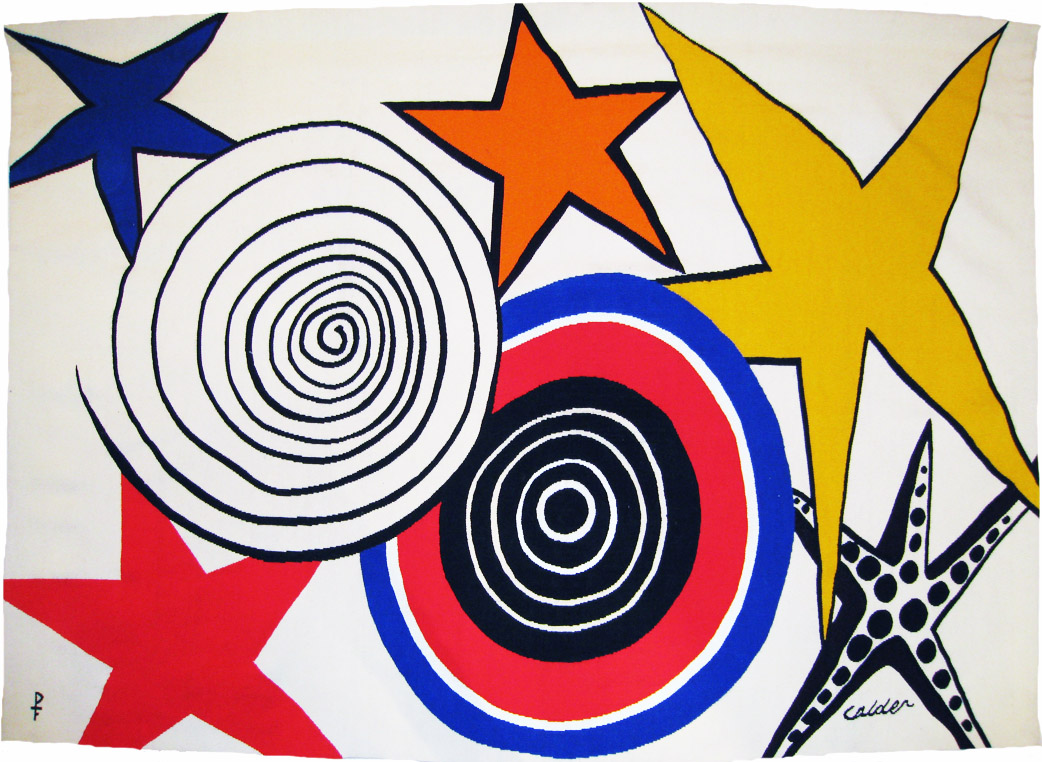 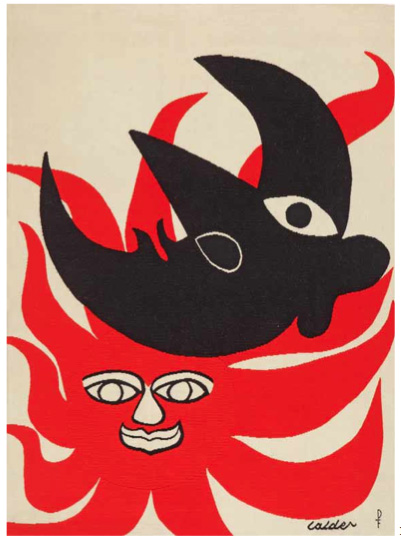