Paris’s Quai Branly museum has a good track record of bringing the art of little-known cultures to the attention of worldwide audiences. The Philippines can hardly been described as ‘little-known’, of course, but – unbelievably, until now – its art and culture have not been the subject of any specialist exhibitions. 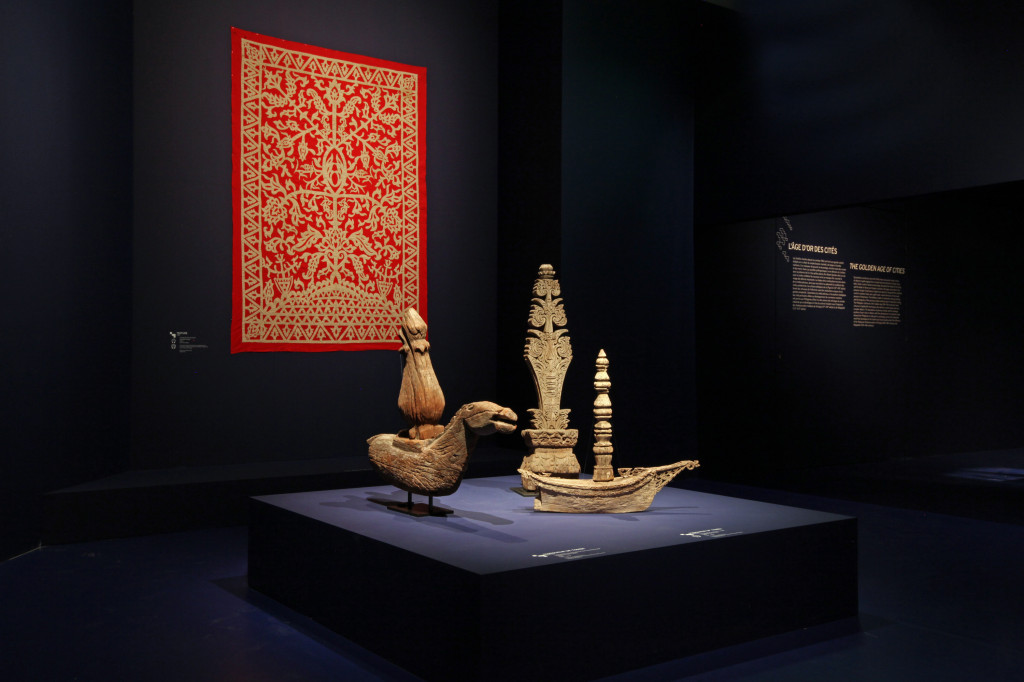 This groundbreaking show, therefore, shines a welcome spotlight on the diverse ethnicities, religions and cultures shared amongst the country’s 7,000 islands and population of 92 million. Its location in the Pacific between Taiwan and Indonesia, as well as its early settlement by the Austronesians circa 4000 BC, have engendered distinct forms of cultural expression. 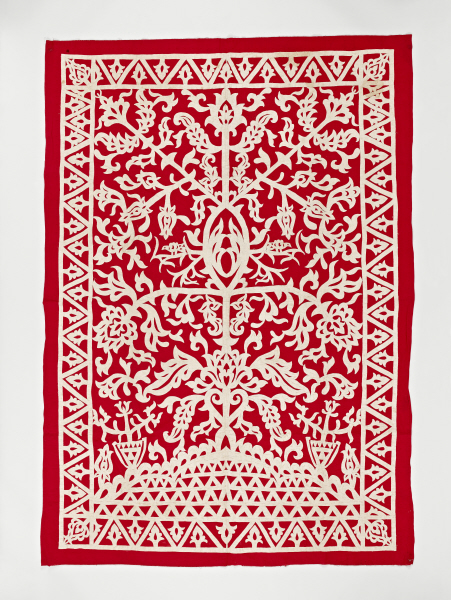 The exhibition has been arranged as three sections: the traditional works of the mountains and valleys of the highlands in the northern Philippines; warrior textiles, costumes and ornaments; and the influence of the maritime network on the coasts and southern archipelagos.

The exhibition, which has received much praise, contains over 300 objects – material from private collections and other institutions as well as objects from the museum’s own inventory. To learn more about this exhibition, visit www.quaibranly.fr and be sure to watch the brief video about the exhibition along with an interview with curator Constance de Monbrison.

This exhibition will be reviewed in HALI 176. 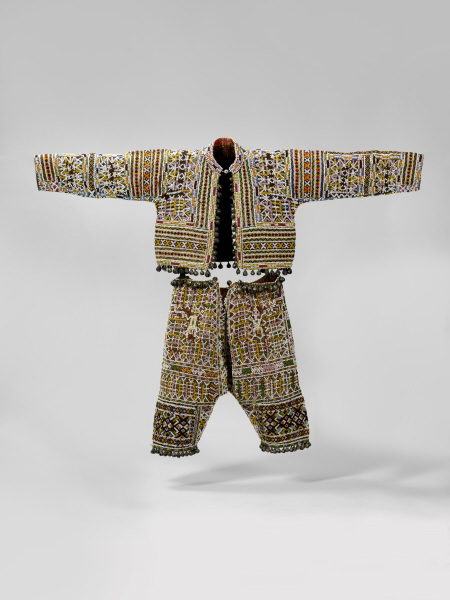 Trousers and jacket, Philippines, decorated glass beads and embroidery with bells at the waist and bottom. Musée du Quai Branly