‘Art of the Islamic and Indian Worlds’, Christie’s London, 25 October 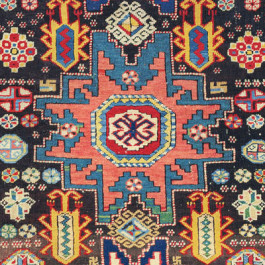 Lots from Christie's ‘Art of the Islamic and Indian Worlds’ sale, including more than eighty rugs and carpets, from most time periods and weaving cultures. 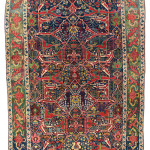 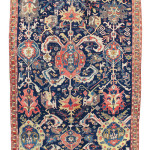 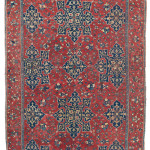 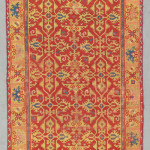 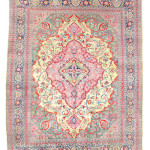 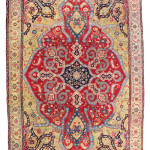 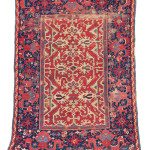 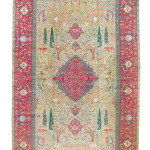 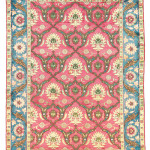 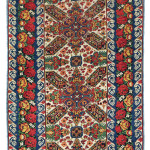 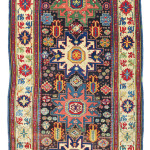 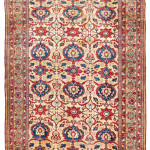 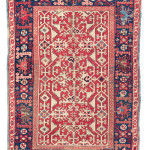 At Christie’s in London on 25 October, over and above the featured group of 17 Tarim Basin rugs from the König collection (previewed in HALI 197, pp.98-99), the all-encompassing ‘Art of the Islamic and Indian Worlds’ sale includes more than eighty other rugs and carpets, from most time periods and weaving cultures. The following is an extract of the sale preview by Daniel Shaffer in HALI 197. 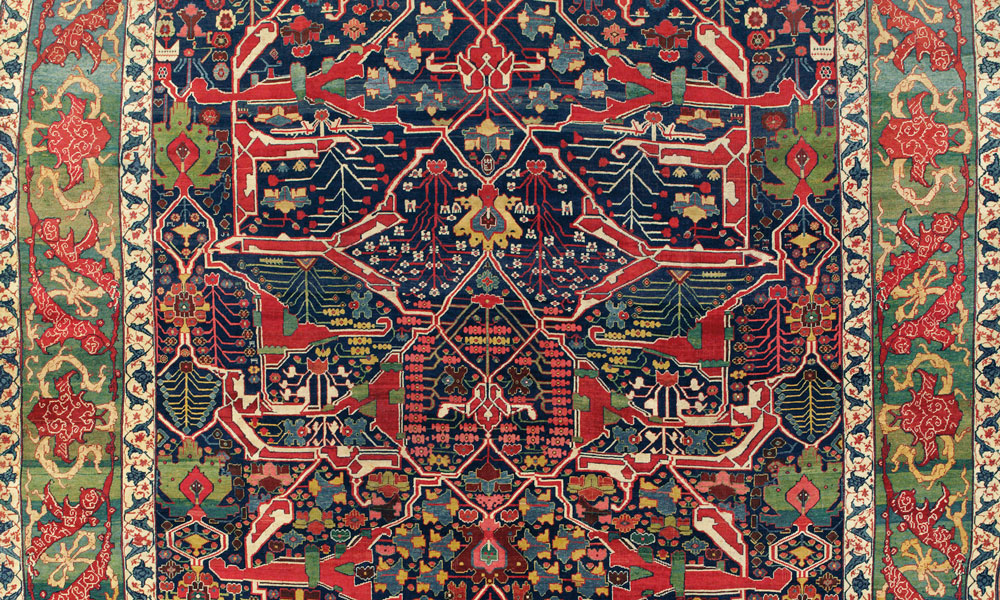 A grand late 19th-century carpet from the Bijar region with the Garrus arabesque design is estimated at £25-35,000 (lot 301). It is immediately followed by one of the highlights of the sale, the Cambalios 18th-century blue ground animal and blossom carpet (lot 302), latterly from a Connecticut collection, of which Robert Pinner and Michael Franses wrote in the second issue of HALI in Summer 1978, ‘The structure…and the handle, soft and floppy compared with the harder and denser Karabagh texture, indicate that this rug belongs to the family of carpets made in northwest Iran and usually attributed to Kurdish weavers.’ Now estimated at £16-20,000, the last time it appeared at auction, also at Christie’s, London in October 2007, it made $40,365, although Sterling was very much stronger then (HALI 154, p.151). 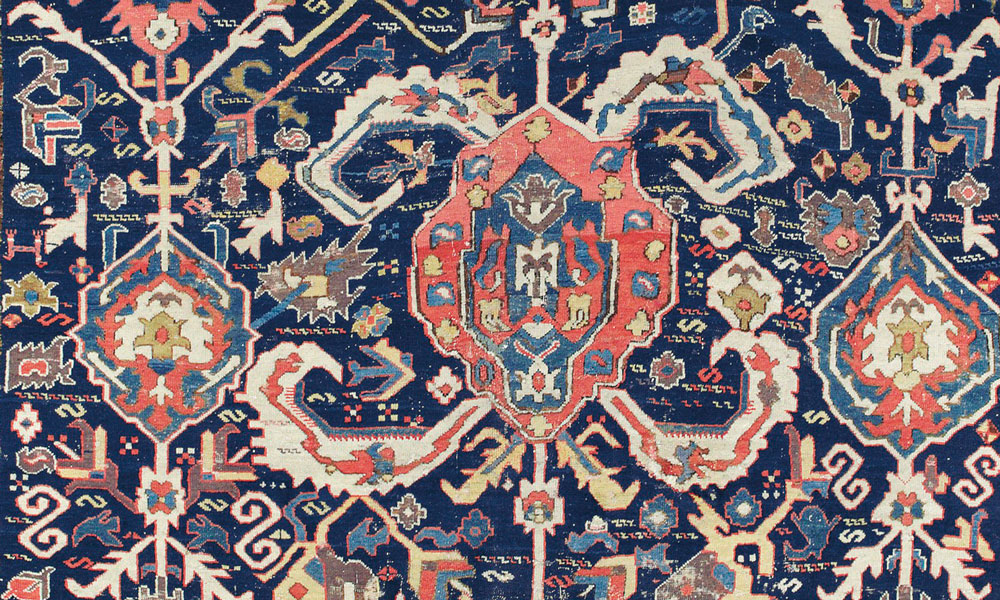 Christies’ also has a notable group of ‘Petag’ Tabriz carpets from the inter-war years, with designs taken from the published classics, something of a house speciality, as well as parcel of Persian silk rugs from a private collection. To this add some thirty textiles, with Greek embroideries from the Hélène Stathatos collection, high-quality Ottoman çatma yastıks, and Ottoman embroideries, as well as Central Asian velvet and embroidered robes and suzanis.