Containing folk textiles pieced and stitched together between the late 18th and early 20th century, boro is the collective term for clothing and bed covers made by the poor rural population of Japan. Translated into ‘rags’ in English, the items remain little regarded in their country of origin, but have become highly collectible in Western cultures due to their resemblance to modern abstract art and the simplicity and economy they contain – elements symbolic of traditional Japanese aesthetics and ethics. Created out of necessity from whatever textile remnants were available, the daily use, wear and repair mean that boros have a richly textured surface of complex, asymmetrical patches and patterns. 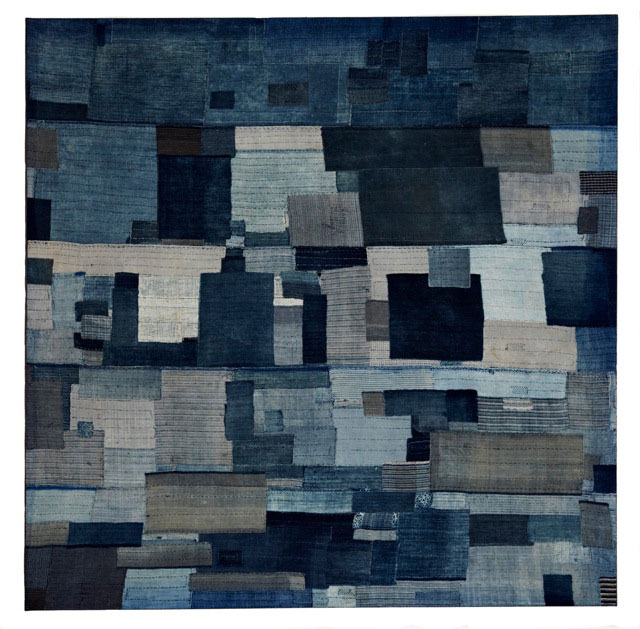 It was not possible to cultivate cotton in the cold climate of northern Japan and to transport it would have been an expensive luxury. However, being much softer, warmer and lightweight than the asa woven plant fibre cloths that the rural population would have historically worn, the material was much sought after. Recycling waste cotton in shades of blue, grey, black and brown (the colours permitted to commoners under the strict laws of the period) became widespread. Discarded cotton was brought to the northern ports from central coastal cities where scraps were traded for fish or seaweed. In their compilation into utilitarian domestic items, their value has increased somewhat and the boro textiles in this exhibition will be for sale starting from £5,000. 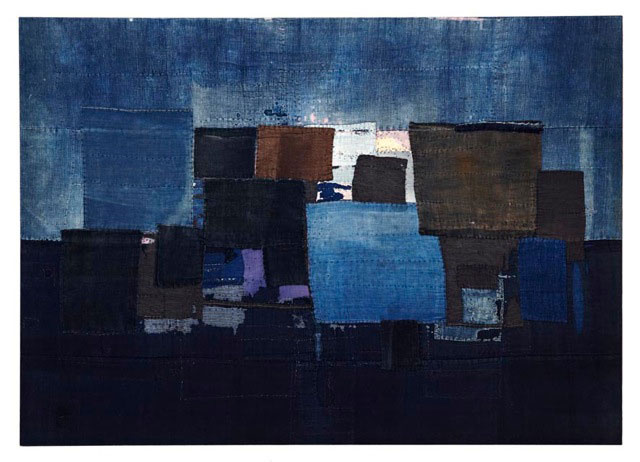 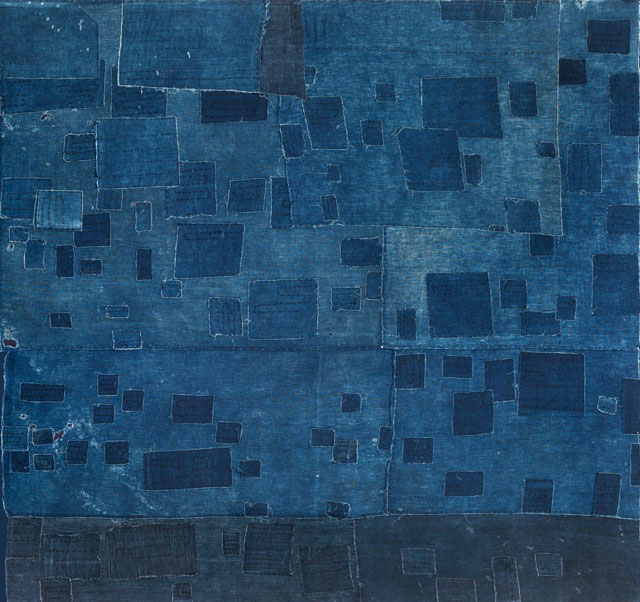