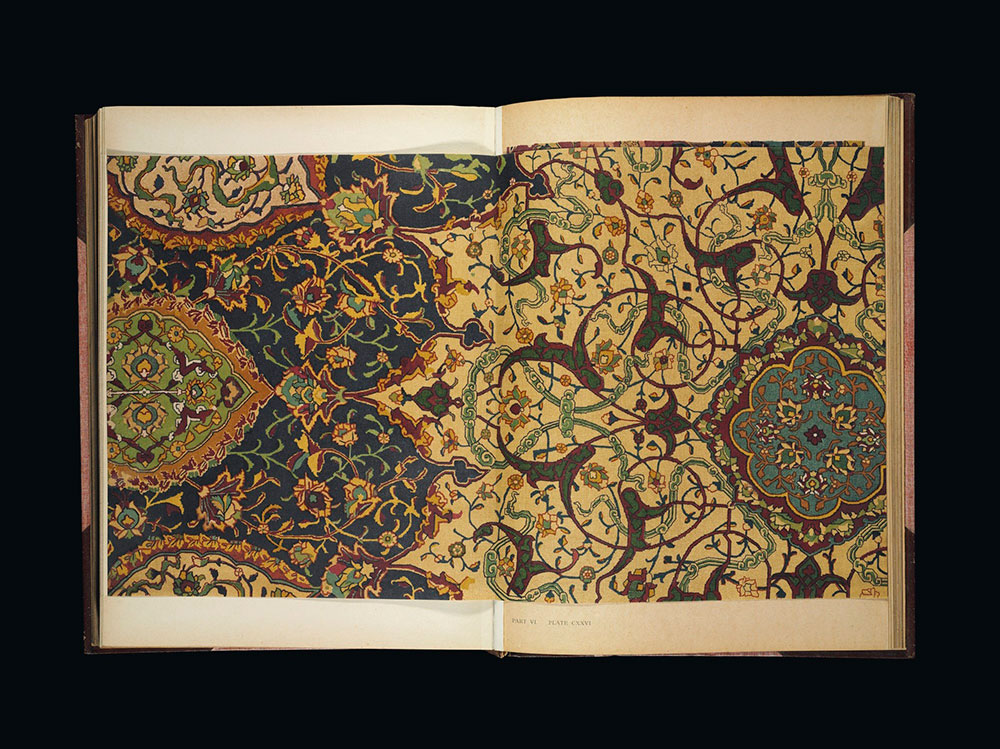 As part of London’s Islamic Art Week, Christie’s will hold an Oriental Rugs and Carpets auction on Tuesday 21 April in their King Street salerooms. The most talked about lot pre-sale is undoubtedly an early Mongol kilim (lot 100), which was on view at Rockefeller Center during New York Asia Week. This intriguing piece is an apparently unique survival, and has been treated in more detail by HALI elsewhere. This is followed in the sale by a good group of East Turkestan carpets, mostly consigned from an American Collection. A Bukhara saf fragment (lot 114), known from its previous publication by Bausback of Mannheim, constitutes another rare piece. The fragment, which comprises two niche panels above a double stripe border, stems from a Bukhara two tier saf. Three related fragments are known; two are in the Magaki Attari Mosque Museum in Bukhara and the third sold at Rippon Boswell in 2014. A large Cairene carpet (lot 50) is characteristic of the Ottoman stylistic influences following Sultan Selim’s conquest of Cairo in 1517.  The strict geometry of Mamluk designs was superseded by Turkish motifs such as flowers, palmettes and vines, a transition reflected in the carpet’s central floral medallion and rosette vinery border set on an unusually light coloured ground. From a private Spanish collection comes a 17th century Star Ushak carpet, a type familiar from western Renaissance paintings. Other highlights include a Transylvanian double-niche rug (lot 51) with an unusual floral panel and a dragon carpet fragment (lot 39) in good condition with thick pile. Lot 1 is the only non-textile lot in the sale: a first edition of Thomas H. Hendley’s Asian Carpets, XVI and XVII Designs from the Jaipur Palaces. See Auction Price Guide, an integral part of every HALI, for detailed commentary on the most interesting lots, trends and records from auctions across the world. 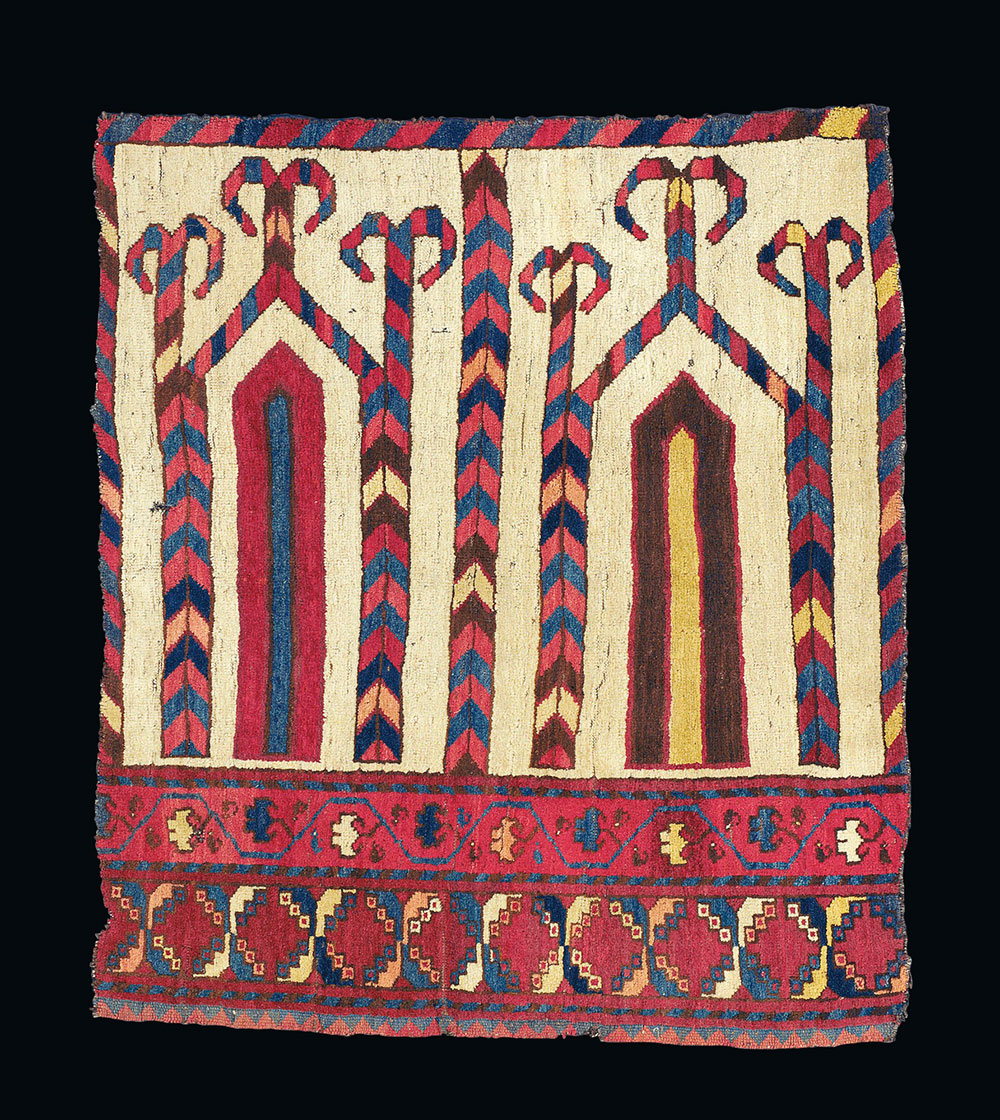 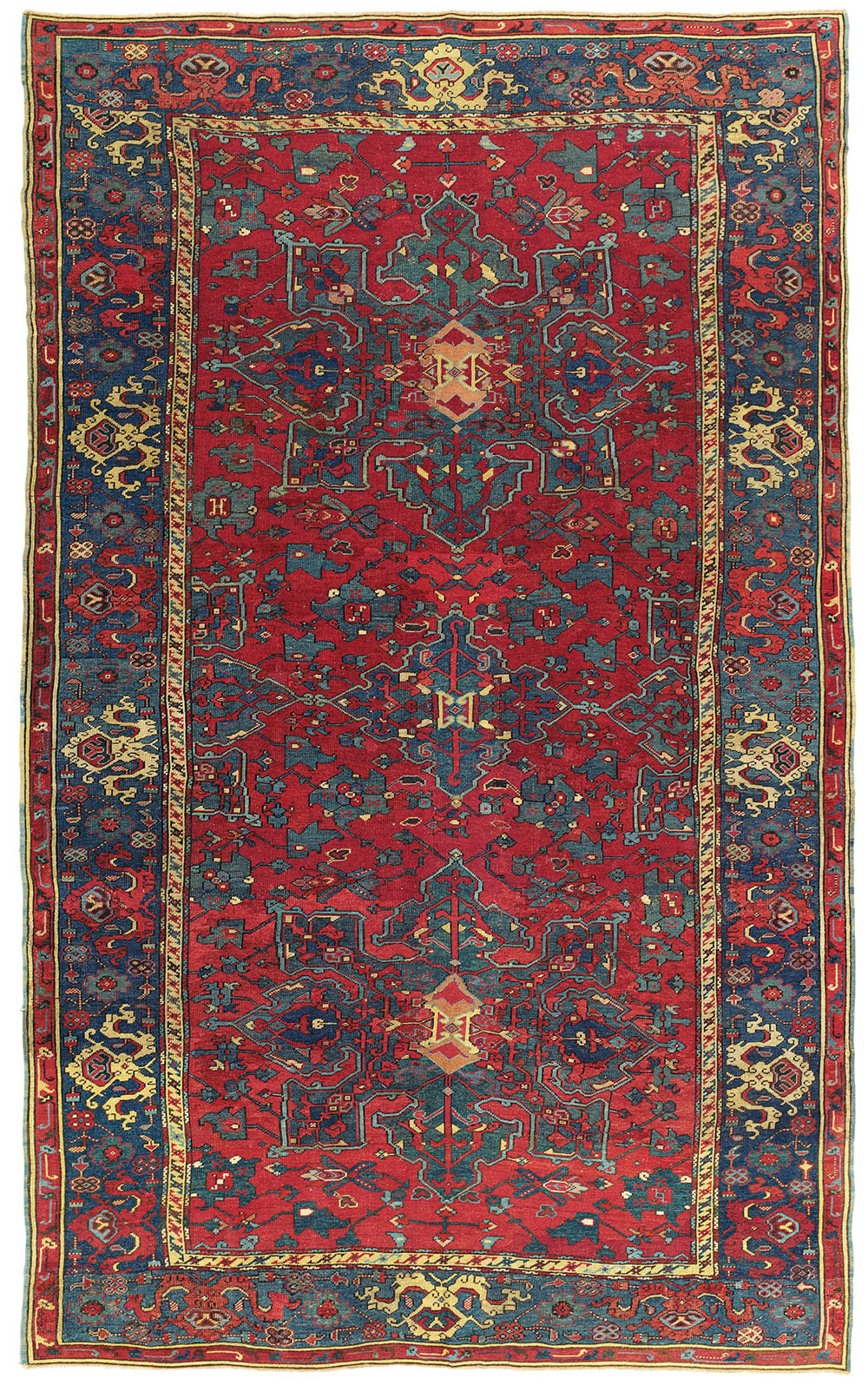 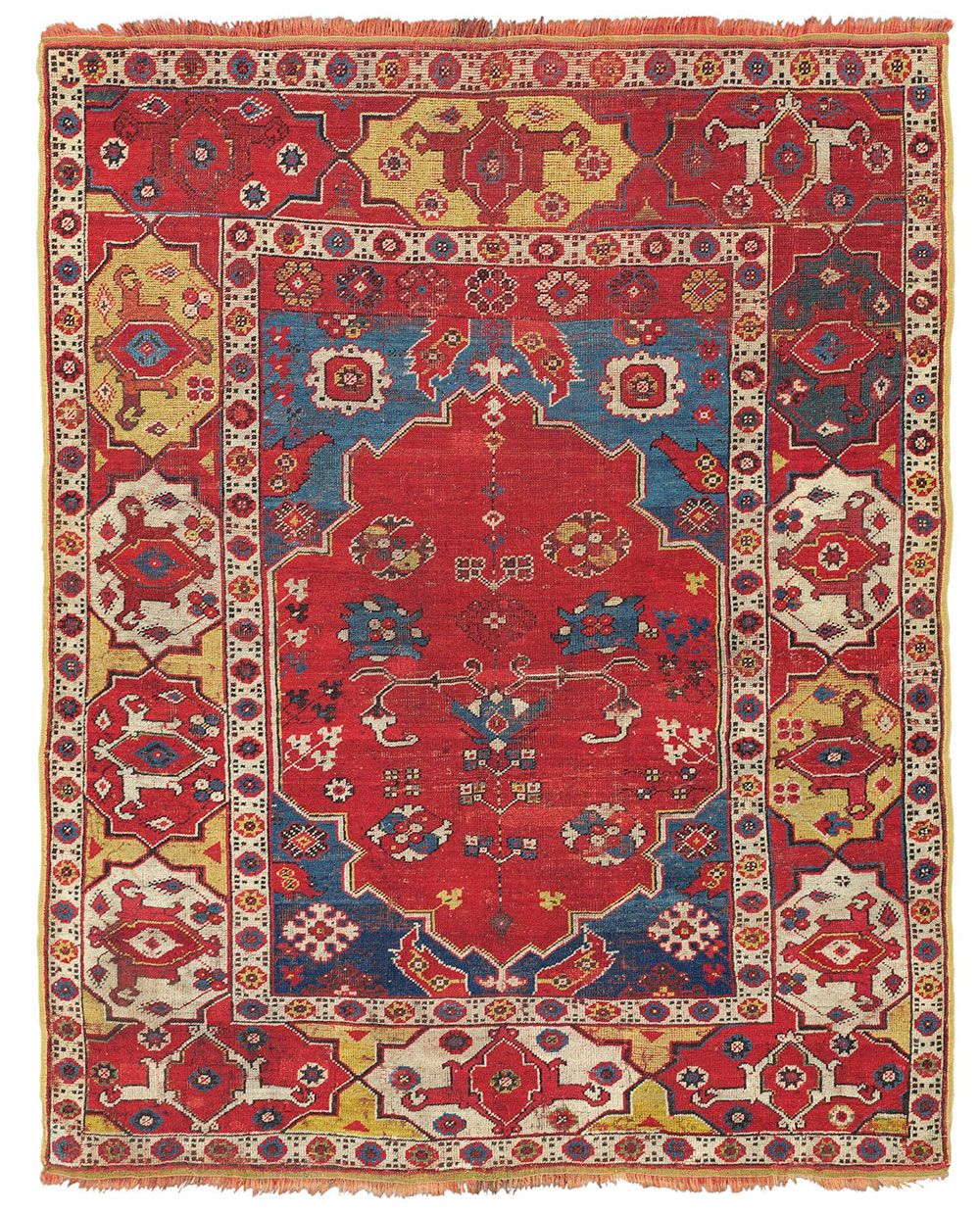 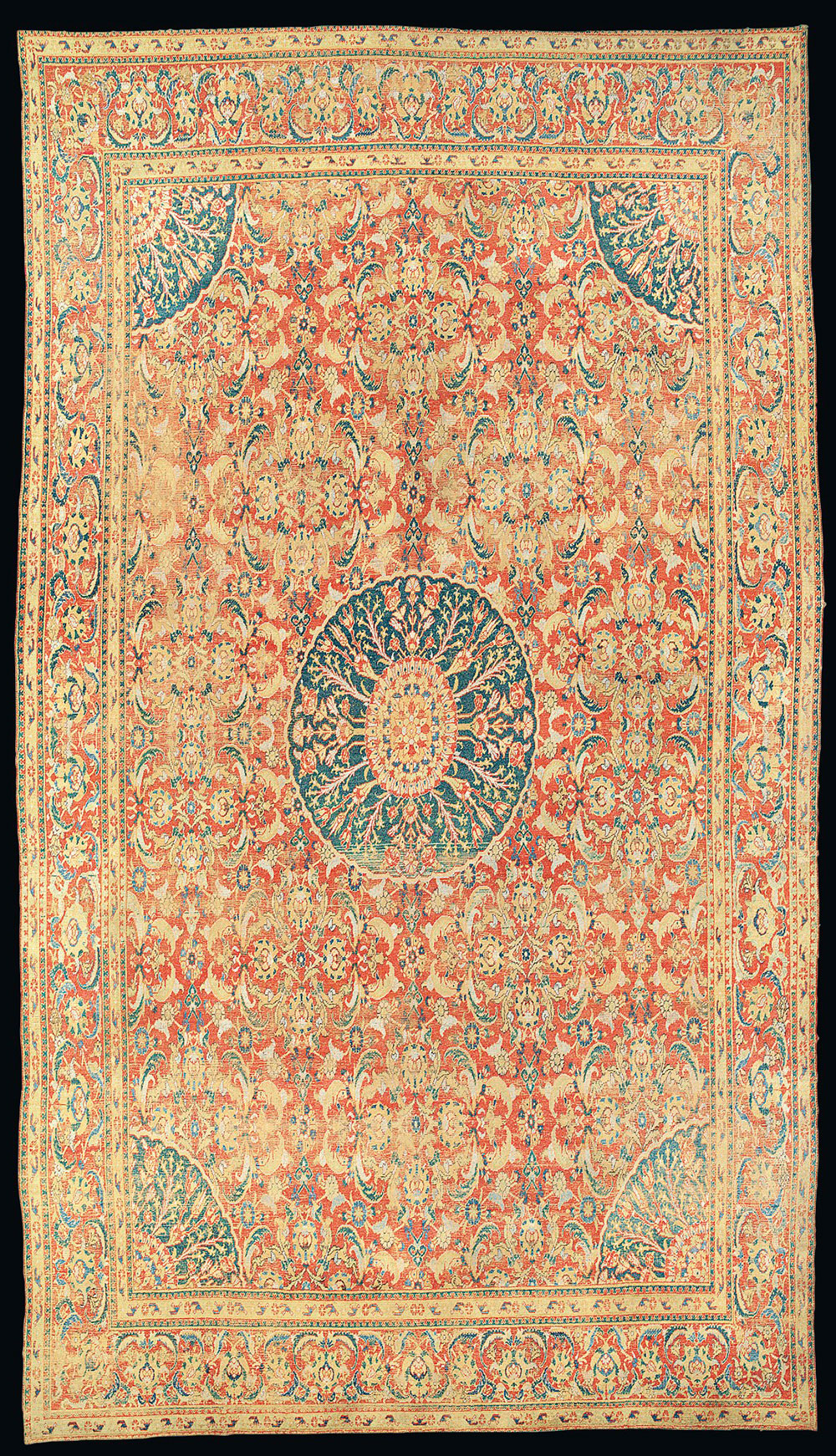