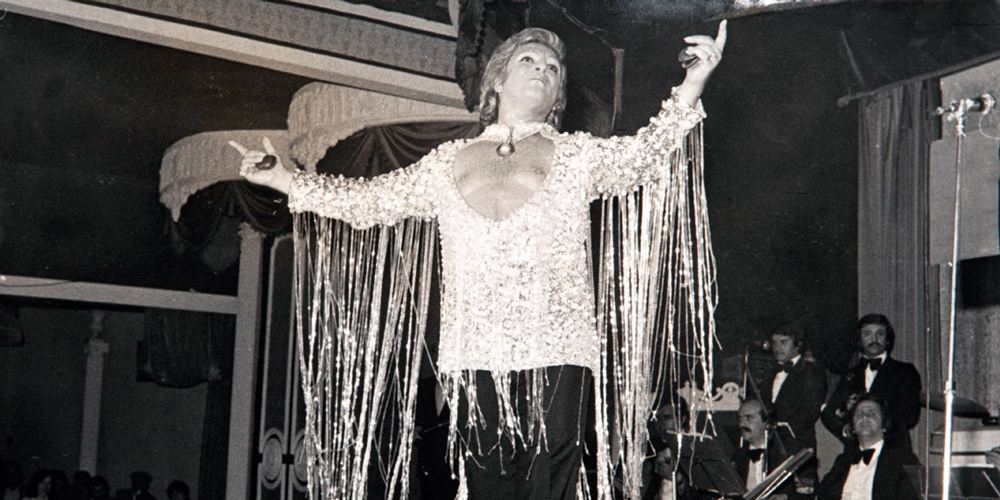 At Sartirana Textile Show in September 2018, David Sorgato exhibited a group of rugs designed by the flamboyant Turkish singer and cultural icon Zeki Müren. This little known body of work— which includes signed examples as well as showy tributes that have also come to be categorised as ‘Zeki Mürens’ in the trade—were then shown at Sorgato’s Milan gallery.

Sorgato’s interest in Müren rugs dates back to the late 1990s, but he says, ‘Only now have I succeeded in creating a collection of these ultramodern, contemporary, sophisticated and different carpets by this gay, eccentric, bizarre and sensual personality.’ 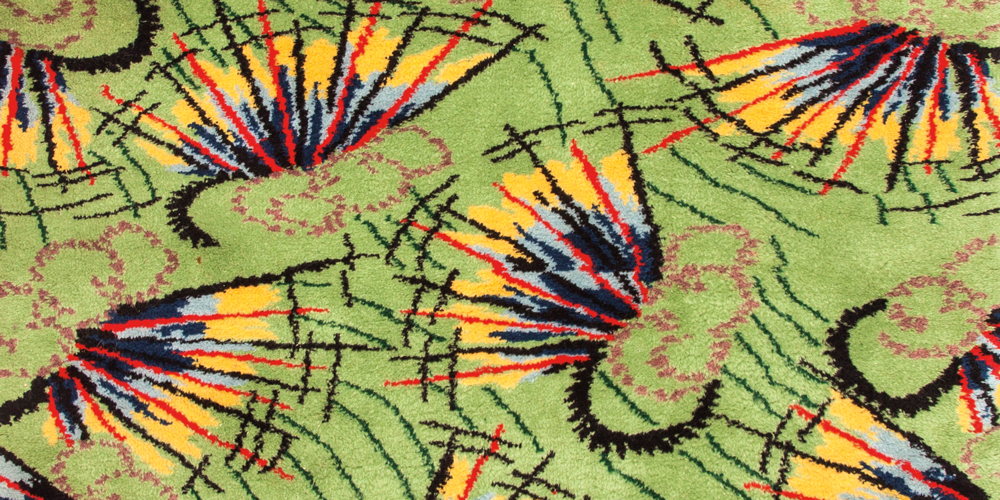 The British writer Malika Browne has also been conducting her own research into the group and the colourful character behind them, as featured in the latest issue of HALI’s sister magazine, COVER. She writes of Müren: ‘He was Liberace and Elton John rolled into one, his funeral in 1996 was attended by ninety thousand fans. The mere mention of his name in Turkey even today can cause eyes to well up with nostalgia and most Turks have a favourite Zeki song or memory.’ Müren himself had an equally emotional reaction upon seeing his designs made into rugs, writing in his regular column in a Turkish newspaper in the 1980s, ‘A company found seven of my designs worthy of weaving as carpets. The moment I saw my designs enlarged in the form of a carpet, tears of joy came to my eyes. These seven designs with my signatures were like my children. The day I drew those designs I would never have imagined them woven as carpets.’

Browne’s interest in his rugs was first piqued when, while living in Istanbul in 2014, she visited an exhibition of Müren’s stage costumes and memorabilia which contained ‘three striking modern rugs, with the simple explanation that they had been designed by him’. Frustratingly little information came to light when she pursued this lead—his house museum in Bodrum displays a few costumes and a few framed textile designs, but no rugs. 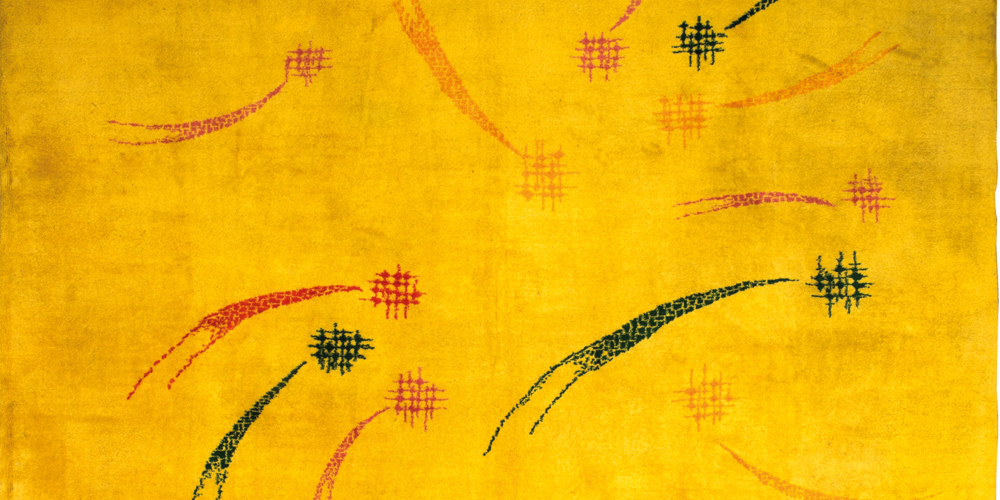 But then she met a Turkish dealer, Hüseyin Kaplan, whose own collection of Zeki Mürens numbers more than five hundred. ‘Kaplan’s private passion for these carpets is infectious as he unrolls ever bolder, brighter rugs in his showroom in Sultanahmet,’ she writes. ‘Some have jewel-like geometric patterns inspired by traditional medallion carpets, others feature bold abstract shapes in seventies colours and many have a prominent midcentury vibe. Psychedelic starfish patterns vie with cosmic fantasies that look like stylish screen savers, and the colours such as apple green, mustard yellow and fuchsia are wondrous.’

A handful of pieces have a title knotted along one edge, a practice in keeping with Müren’s habit of naming his stage costumes. The most collectable rugs have his signature knotted in a corner. 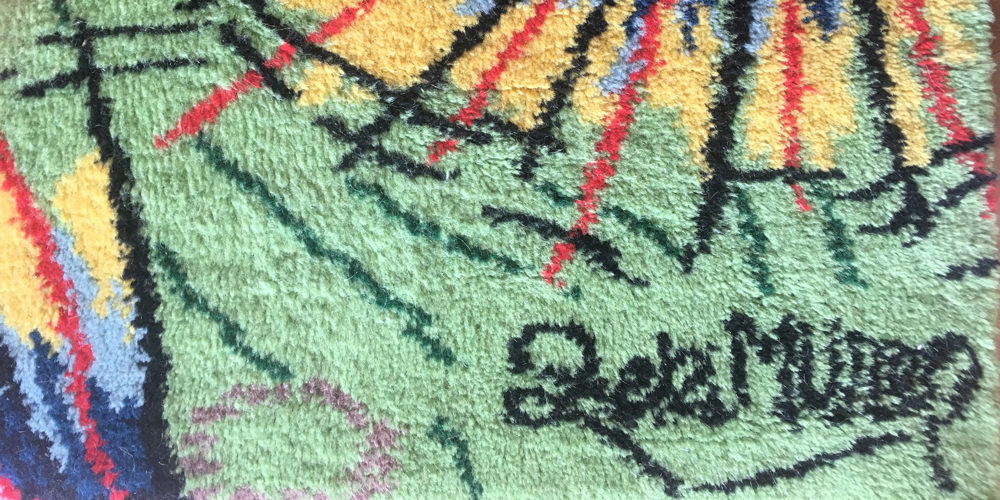 Kaplan shares his knowledge of the group’s provenance and his suspicions as to why, despite their star quality, they have remained largely under the radar until now: ‘Most Zeki Müren carpets were made in Isparta in southwest Turkey but some were also made in a city called Demirci near Manisa, which wove a softer weave than Isparta. From the 50s to the 70s the carpet factories there made contemporary rather than traditional village designs. They started with Zeki Müren designs and then the tradition continued. Nowadays, with the overdyeing of carpets still very fashionable, you find Zeki Mürens among large lots on their way to be overdyed. Over the last ten years, dealers have been putting aside the more original ones like these, and calling them Zeki Mürens. It’s doubtful that all of them were designed by him, but we have ones with his signature on them, which were definitely inspired by his drawings.’ 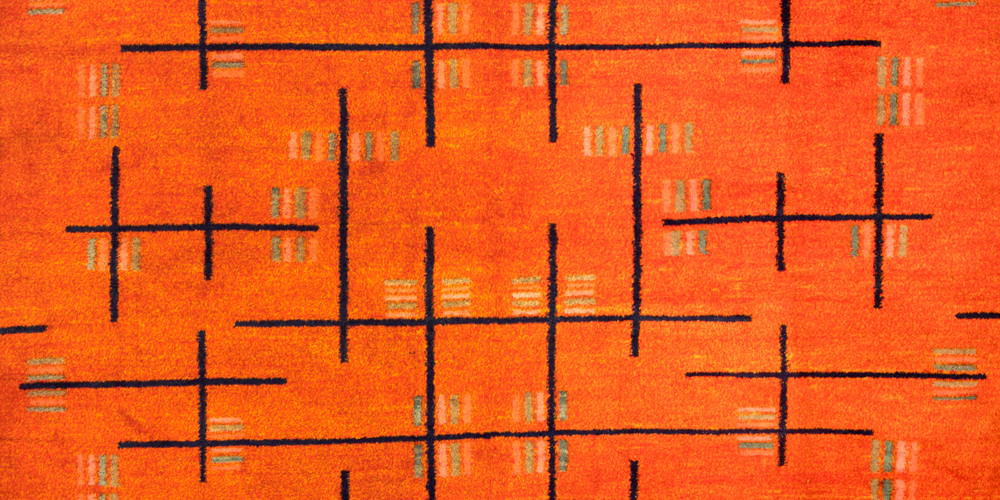 With or without signature, these rugs are fine examples of the ‘mid-century’ aesthetic, with echoes of Art Deco style, and we can be relieved that the patience and devotion of dealers like Sorgato and Kaplan have saved Müren’s rugs from overdyed obscurity.